Should CEOs Worry About 'Too Big to Succeed?'

Governments in the United States and Europe have been preoccupied with the question of financial institutions becoming too big to fail. But recent data points have me asking whether the relevant question should be whether financial (and other organizations) bear a greater risk of becoming too big to succeed.

The first data point is that several people have contacted me recently requesting introductions to leaders who have successfully taken their organizations through the size barrier of roughly a billion dollars in sales or several thousand employees without taking a hit in performance. This imaginary (or perhaps not so imaginary) barrier is not new. It has been a concern for years because it often necessitates a change in leadership and form of organization, something many founders and their organizations are unwilling to undertake.

The second data point is the firm belief on the part of several very successful leaders that a key to the success of a large organization is the ability to make it seem small to employees. 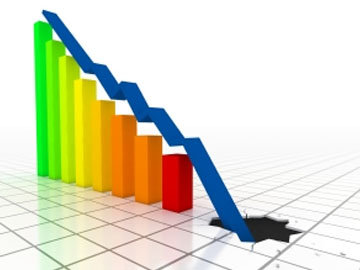 For example, Ken Iverson maintains that his company, Nucor Steel, should not have more than a couple hundred employees in any one of its minimill steel-producing facilities. He believes that potential economies of scale are outweighed by frictions and inefficiencies that accompany bigness. This principle has served Nucor Steel well as it has risen to the premier place in US steel making. Similarly, Arkadi Kuhlmann, in putting together ING Direct, a largely online financial powerhouse offering savings, mortgages, and other consumer financial products, is firm in his belief that great service depends on service centers employing no more than roughly 150 people--even if two are located with just a wall between them. This is part of a strategy that produced the fastest-growing financial institution in the US, one that its parent sold for about $9 billion just nine years after its founding.

Third is a piece of newly published research. In it, Robert Arnott and Lillian Jing Wu analyzed market capitalizations of firms in the US over a 59-year period, concluding that "top dogs," those with the largest market caps in their industries, underperform in a majority of cases the average stock in their respective sectors over the next one-, three-, five-, and 10-year periods. In fact, "top dogs" enjoy that status, on average, for less than 10 years. Their "subsequent (five-year) performance is roughly as impressive as the prior (five-year) overperformance."

Extending their study to Australia, Canada, France, Germany, Italy, Japan, New Zealand, and the U.K., the researchers conclude that "The Top Dog performance shortfall is both larger and more reliable than it is in the United States." This is just the latest of several studies that all point roughly in the same direction.

How then, do we explain the predominant view that we must avoid fostering financial institutions that are too big to fail? Is there a high probability that they will instead become too big to succeed? Of course neither prospect is particularly inviting.

But if a growing body of data supports the notion that bigness is not necessarily good, particularly for customers and investors, should leaders of such large organizations, regardless of industry, be contemplating plans for systematically divesting assets or businesses? Does this suggest an entirely different approach to bigness on the part of regulators, academics, and others? Instead of "too big to fail" should we be worried about "too big to succeed?" What do you think?