Businesses For the Poor 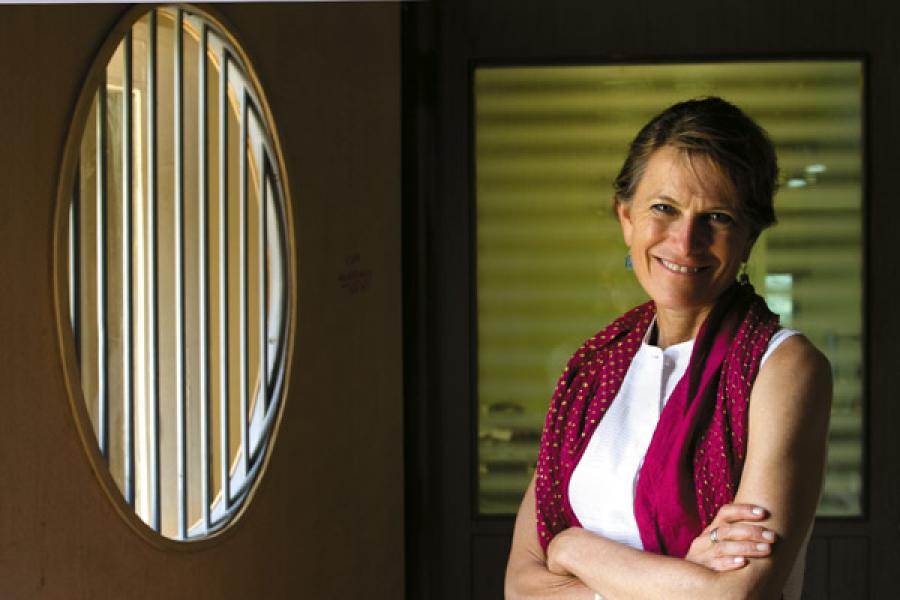 How do you un-poor the vast multitude around the world? Economic growth ought to be an obvious solution, but it is harder than it seems. Governments have their public works programmes. The rich try and contribute through charity and philanthropy.

And then you have Jacqueline Novogratz’s approach. Hers is a middle ground. It takes certain features of the markets-based approach and fuses it with elements of the grant-based approach because there are areas where the markets approach will not work. Novogratz calls it “patient capital”.

Novogratz thinks that someone is poor not because they earn below a certain threshold. She defines poverty at a much more fundamental level. Poor are those who lack choices. It is important to understand the evolution of this thought.

“I first started thinking about this in Rwanda when I started a bakery with 20 unwed mothers,” says Novogratz. Rwanda is a very Catholic, conservative country; so they were considered prostitutes. These women would barely look at the face of anyone who would talk to them. The women would sell bakery products and do some sewing. The business was losing money. The only way they got money was from nuns who would pretend that what these women made were valuable. Novogratz did not like it and decided to start a business with these women.

“Before the Genocide started [in 1994, an estimated 800,000 people were murdered in Rwanda over the course of approximately 100 days. This was the culmination of long-standing tensions between two ethnic groups], they were probably making $2-3 a day. Now, this is back in the 1980s, when the average per capita in Rwanda was about $1,100, so they were barely above any poverty line,” she says. But even this trickle of money absolutely changed them as human beings. “They would look people in the eye, decide whether they were going to take birth control or not. They became empowered in a way that all the non-profits who were talking about women empowerment had not been able to empower.”

So when Novogratz read Development as Freedom by Amartya Sen, a lot of her own experience fit in. In Sen’s book, there is a paragraph about African-American men in the United States living, on an average, 11 years less than Bangladeshi men who earn $2-3 a day. The book gave a lot of reasons for this: Drugs, violence, low income, depression. “From a quality of life perspective, would you rather be born a Bangladeshi low-income male or an African-American low-income male who might make 50 times their income?” asks Novogratz.

“If you are building a company from the perspective of the poor, you don’t look at them as the poor whom you are there to help, you look at them as viable customers and human beings who want dignity,” she says. So, you need enterprise but not just to make money. And you need two things to make this approach work. The first is ‘entrepreneurs’ who are just as good as those in the for-profit world, perhaps better and probably more committed.

“The idea that a small group of entrepreneurs can now take on not only a financial, but a social issue as well, and really move the needle on that issue is starting to play out,” says Novogratz.  She thinks that the people who can do this are those who are focussed on the long-term, are really good listeners, have incredible determination and those who can work with a variety of constituencies. They need to be able to balance the needs of low-income consumers, the government, and the media.  Finally, they have to be very ethical.

Novogratz gives the example of Gyanesh Pandey, the founder of Husk Power Systems, a company that generates off-grid power in Bihar. Pandey works in an area where the government as well as private markets have failed. “Husk has experimented with everything. From the fuel source—where they finally settled on rice husk—to the pricing model and to government partnerships,” says Novogratz.

And this is where the second element of Novogratz’s approach comes in. And that is to have a variety of capital providers to support an enterprise like this where the business plan evolves quite quickly. Husk might need 500 generating plants to break even. This is why there is also a need for a variety of capital providers to support that evolution. The challenge then is to get these investors to align themselves with the objective. “You have to be clear from day one that this is not a 5- to 7-year effort. It is much longer,” she says.

This is because of the political economy of where low-income people live. Here, if something can go wrong, it will go wrong. This segment of population has got so many hands on their lives—slum lords, tribal chiefs, religious leaders, government officials, NGOs or Naxalites. Everybody has a say in the lives of low-income people. As Novogratz says, to market to this segment is not going to be a start-to-finish, 3-year business plan. “So often, you will hear the microfinance people saying it [the business can be] profitable and you can make money, but it is a 40-year [wait]!” says Novogratz. So is Novogratz and her fund ready for the long haul? “Let us just say that over the years, I have got fewer patients but our capital [is] much more,” she says.

Tweets by @forbesindia
What Is New For Your Baby?
Road to Rio+20