Strategy Needs a Mix of Data and Logic: Roger Martin

Roger Martin, dean of Rotman School of Management, tells Forbes India that logic, not data, should be used to formulate strategy 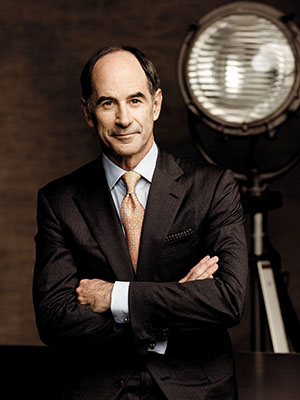 
Roger Martin believes that many corporate strategists get charmed by the ‘trackability’ of today’s world. The maelstrom of data blinds them. But great business leaders use experience, intuition and logical insight to foresee market behaviour, and take calculated bets. “Strategy is about shortening your odds; there’s nothing perfect about it,” Martin says.

Martin’s mantra is to lay out the logic and use data to identify problem areas, not the other way around.

With his sunny demeanour, diplomatic answers and unwavering accent, there is something unmistakably Canadian ‘aboot’ Roger Martin. He was a consultant with Procter & Gamble between 2000 and 2009, during which he and Alan G Lafley, P&G’s then chairman and CEO, doubled sales, quadrupled profits and increased market value by $100 billion. “Laying out the logic” at P&G showed why emerging markets strategy is not a ‘one size fits all’.

Martin believes people often confuse logic and data. Logic is the relationship between cause and effect; data is the information that demonstrates the validity of that relationship. Logic says: “16- to 25-year-olds would like this internet service because of these behavioural characteristics and we can do this better than anyone else.” The data would be to survey a bunch of them, do a prototype and test it out.

An internet startup in which Martin’s private equity firm invested got sold for a little under $100 million. The startup needed to identify whether a key user group would value the product. Martin asked them to shun expensive market surveys and, instead, put the question to 10 people in different HR companies.

“Making your logic explicit to yourself is the only way you can course-correct.” The logic was, if 40 percent of visitors to the website became starting users, then 20 percent of these users would become heavy users and opt for the freemium model. “If we found that after a month only 30 percent were becoming starting users, we get the early warning and change our expectations to less than 20 percent becoming heavy users down the line.”
P&G failed in some markets—India and Brazil, for example—because the logic didn’t fit.

P&G does well when it begins at the same level as its competitors in a market. The logic is to grab the maximum market share, as soon as possible, by steamrolling rivals in R&D and advertising. It did well in Eastern Europe where, after the Berlin Wall fell, all companies started investing in the region at the same time.

The reason it failed in India and Brazil was its inability to beat a well performing, deeply entrenched, high quality competitor who had invested big and early (Colgate-Palmolive in South America, and Unilever in India).

In India, P&G introduced cheaper versions of what worked for it in developed markets. Gillette razors sold in India were developed in Boston, with the assumption that Indians, like Americans, shaved with hot, running water. Rich Indians do, but most others shave with a cup of cold water. P&G realised much later that it needed to design a razor that would not clog in cold water in a cup.

In Brazil, P&G’s venture turned out to be horribly unprofitable before it realised it needed a wider product range and scale. How many product categories would they have to commit to as soon as they entered a market to get the distribution scale with retail partners to have a shot at profitability?

P&G succeeds with economies of scale, and it needed to enter at least 20 categories to compete with Colgate-Palmolive. “In the US and Europe, we sell more stuff to Walmart or Carrefour than any other company,” says Martin. The logic it had used in Brazil did not fit. “We went into Brazil with just soap and detergent.”

“We generally do well with very big corporate accounts, because back in the mid-to-late ’80s, we completely changed our way of selling,” says Martin. Earlier, P&G used to sell from store to store. As high street chains became more sophisticated, and their purchases became centralised, P&G targeted the stores’ headquarters.

“We got an office in Bentonville, Arkansas, right beside Walmart,” says Martin. “We put a team of 200 people who could walk across the street and say ‘here is what we’d like to do’…  Walmart was the first customer team and we’re way ahead of the curve with them when it comes to exchanging data, sharing ideas and being more efficient.”

P&G also figured out how to play to its strengths in emerging markets, in ways that rivals cannot compete.

In markets like India and China, for instance, P&G learnt that people cannot afford baby diapers like those in North America. What parents can afford, and what makes a difference to the baby’s health, is if the baby sleeps at night.

Chinese consumers do not use diapers for babies during the day; they buy one diaper for overnight use only, and it has to handle the overnight load. These insights did not come from Cincinnati; it was gathered from observations on the ground. The pitch, therefore, was to get Chinese people to buy seven diapers in a week, a third of what people in North American bought.

Using this logic, it poured resources into gathering data. “We calculated that if you hit the price point of one egg, people will buy [the diaper],” says Martin. In China, it bought out Hutchison Whampoa—a retail giant with manufacturing plants—at a huge cost, but gained an incredibly valuable business.

Martin feels P&G’s market in India will trail China’s for a long time because P&G got into China at an earlier stage and was aggressive. It entered India later because the Indian government insisted on joint ventures. “With new FDI laws, the Tescos of the world coming into India will be good for us.”