Systemic Risk Is About Character

Risk is not event-driven; it is character-driven

Why does everybody start talking about systemic risk after a crisis has already started? If we define a systemic risk event as something large enough to affect the entire global financial and economic system, then you would think that the best time for investors to be told about these terrible events is before they occur.

The way it works now is that the large financial institutions charge us handsomely for advice that often describes dangerous events to us only after the bulk of their effects have been felt. Then all the discussion is focussed on whether it is over or not and how bad it might get. 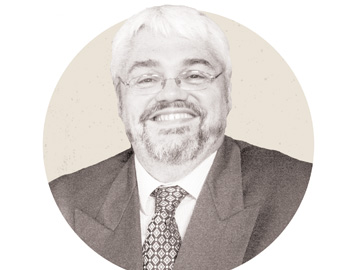 Why? Is it because they’re not smart enough to see things coming? Not according to them. Several months ago, I sat through a pitch meeting from a large international bond fund. I was considered a crucial vote for them to get the gig. I kept asking them questions about how they thought, especially about risk.

But they kept answering in terms of qualifications: Intelligence, résumés or academic degrees conferred on their analysts, etc. Well, that’s nice; smart is better than dumb, but right is better than smart, and right is largely a matter of fundamental principles.

I finally got to talk to the fund’s superstar European debt analyst. He said Greece was actually not as risky as some of the other peripheral countries because it had more economic equality. He explained that the Greek economic crisis disproportionately hurt the wealthy, but the poor were largely unaffected because of Greece’s generous welfare system, while, on the other hand, some other countries depended more on private charities such as churches.

So, according to MegaFirm, economic meltdowns and large-scale government dependency reduce risk? I thought about the deceased founder of this fund, which still bears his name but no longer projects his philosophy—a lifelong emphasis on human economic freedom and spiritual development. I voted no and, thank God, spared our portfolio major losses.

Most financial talk treats systemic risk as a matter of exogenous events, sort of like comets that originate outside the normal operations of the solar system, unpredictably appearing, flashing across the sky and then suddenly disappearing. But comets were really only unpredictable to ancient peoples, who lacked a knowledge of the full extent of the solar system. They needed a bigger picture.

So do we, and here it is: Risk is a function of national character; risk is “earned.” Each mistake can become a precedent, each precedent a policy, each policy an institution.

Lung cancer is a systemic risk to a human body, but a smart insurer will not wait to change the premium until the first black spot appears on the X-ray. He will accrue risk with each cigarette smoked. Investors should do the same thing, charging greater premiums when there is greater foolishness, instead of waiting for the telltale fleck of blood on the handkerchief.

This is good personal advice, the sort of thing you put on plaques or quote in commencement speeches. But I’m saying it’s also the kind of thing you put in valuation models. Because what we have done and what we have left undone in thought, word and deed on a national level determines as much as anything else the margin of safety that a prudent investor should require to invest in that nation.

Common sense says this, and the past year has taught me that the data say it, too. Principles matter more than almost everything that passes for risk management in the oak-panelled halls of the gigantic stewards of America’s wealth.

It’s sad that the long-deceased men whose names are still on the walls of these firms knew better.

Risk is not event-driven; risk is character-driven. Events are not the cause; events are the effect of national character.