During the Super Bowl a representative of Eli Lilly posted on the company’s corporate blog that the average cost of bringing a new drug to market is $1.3 billion, a price that would buy 371 Super Bowl ads or tickets to fill every seat for every NFL game for six weeks in a row.

This is, of course, ludicrous. The average drug developed by a major pharmaceutical company actually costs more than twice as much to create—at least $4 billion. The price can soar to as high as $12 billion. 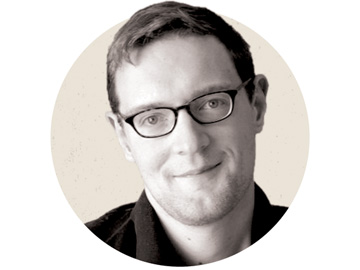 Matthew Herper writes about Science and Medicine for Forbes.
The drug industry has been tossing around the $1.3 billion figure for years, based largely on a study (supported by drug companies) by Joseph DiMasi of Tufts University. It’s a nice number for the drugmakers because it seems to justify the idea that medicines should be pricey, but it isn’t so big that it terrifies shareholders.

Bernard Munos, the highly respected former Lilly marketing executive who now runs the InnoThink Center for Research in Biomedical Innovation, thought it sounded low. So he adjusted that estimate for current failure rates and came up with an even higher number: $4 billion. He also showed me another figure that is intuitively easier to grasp: Divide each drug company’s R&D budget by the average number of drugs that company gets approved by the Food & Drug Administration each year.

Wanting to make the analysis even more rigorous, Forbes statistics editor Scott DeCarlo and I took Munos’s count of drug approvals for the major pharmas going back 15 years and combined it with their research-and-development spending over that same time period, as culled from Thomson Reuters according to FactSet Research Systems. What we found is stunning.

AstraZeneca spent, on average, $12 billion in research money for every new drug it got approved. That’s as much as the industry’s top-selling drugs ever generate in annual sales. At that cost, inventing profitable new medicines is a pretty difficult business. Steven Paul, the former head of research at Lilly, argues that too many other costs get sunk into R&D budgets, including clinical trials done after approval. He cites a $1.8 billion estimate for the average cost that he and Munos published in 2008, although he admits the number has gone up—just not past $4 billion.

The main source of the expense? Failure, not clinical trials or other factors. AstraZeneca does badly because it’s had so few drugs hit the market. Lilly spent roughly the same amount in R&D but got more drugs approved, so spent a third as much per drug.

These numbers are, in the tweeted words of Susan Desmond-Hellmann, UCSF chancellor and former Genentech executive, a “rallying cry” for efficiency. Right now fewer than one in ten medicines that begin testing in human clinical trials succeed. The high cost of developing drugs shouldn’t be a badge of honour for drug firms. The outlay doesn’t justify the high cost of prescription drugs—just because something was expensive to create doesn’t make it good. On the other hand, even high-cost drugs are only a small factor in rising health costs. We can all only hope that new technologies and a better understanding of biology will turn things around.

Matthew Herper writes about Science and Medicine for Forbes.