Dr Robert Lawrence Kuhn talks to Cuckoo Paul about the major economic challenges for the new leadership in China, and the reforms he believes are round the corner 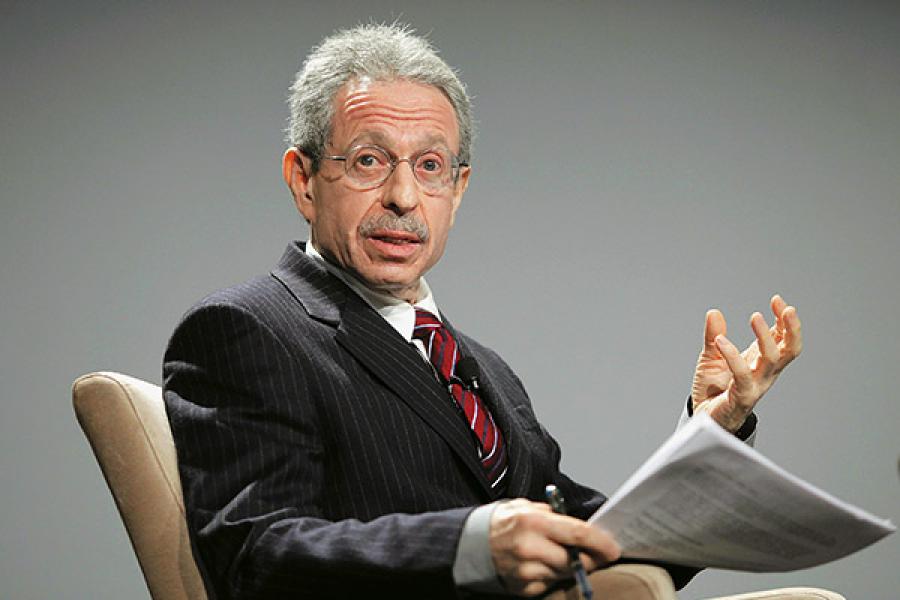 It is clear that the highest priority for the new Chinese regime is to deliver a higher standard of living to its people. The leadership is working towards what they call a Xiaokang, a Confucian term used to describe a ‘moderately well off-society’, by 2020. One of China’s big problems has been low per capita GDP. Also, social imbalance is getting worse. The Chinese government says the Gini co-efficient (a statistical measure for income inequality in a country) is getting closer to 0.4, but few believe it. Psychologically too, disparity is much higher than in the US or India. Of course, 40 years ago the index was under 3, because everybody was poor, destitute and miserable. Now, the divide is evident, and this leads to jealousy and unhappiness.

If you look at the Chinese economy, it is skewed towards exports and investments (almost half the GDP). Neither is sustainable in the long term. Four-lane highways can be converted to six-lanes and then to eight, but how much beyond this can you go? China will have to build an economy based on domestic consumption. This will help the balance of payments, and give foreign companies an opportunity to grow.

I expect substantial changes in the economy in the months following March. In China, it is a (cultural) tradition of new governments to carry on with policies of the earlier regime for a long time. Any change is thought to be disrespectful. But this time, it seems, the risk of not reforming is much higher than the risk of change. For example, there have been a series of corruption scandals. The new leaders will be under more pressure to change much quicker. While I do not expect much change on international policies—the rigid nationalism and tough rhetoric—there will be quick changes on the economic front. Xi Jinping’s opening speech showed this. The address was rational, without the usual political jargon, and offered hope. One feedback I got from his aides is that “the biggest concern now is high expectations”. The seven top leaders are the first batch not picked by Chairman Mao Zedong or Deng Xiaoping. This marks a very important transition for China.

One question I am asked very often is for how long will China be able to retain its edge in manufacturing? From the leadership’s standpoint, the answer is clear: Wages have to go up. The economic divide is at several levels—the coastal population versus those living inland, urban versus rural, basically rich versus poor. For decades, rural wages have been increased by moving population to the cities. In the past 40 years, about 500 million people have moved to urban areas. So, the rural population has halved, while income levels have doubled. It is only possible to increase workers’ wages if the margins on manufacturing go up.

Margins on low-value goods like socks, pens or computer keyboards vary from 20 to 30 percent. The attempt is to move this work inland and make the coastal areas focus on high-tech (and high margin) manufacturing. The Chinese authorities believe they can maintain their edge by moving work inland—even though transportation costs of bringing the products to the coast for exports, will go up.

The government is trying to manage this transformation, to create a less imbalanced society. If they do not act on this, there will be a social fracture. One key factor in this transition is the focus on R&D. Only by moving up the chain can China hope to get the 50 to 60 percent margin it is looking for. The new leadership is aware of this. There is a huge push for increasing spend on research. China ranks first in the world in terms of patent filing. But the quality of the patents is not the same as those filed in the US or Germany. A huge amount of resources is now going into this. Many of the seven new leaders are trained in science and have a clear plan to focus on key technologies such as IT, biotech, material science and clean tech.

I know, for instance, that China is very advanced in stem cell research compared to the US, which is held back by odd religious restrictions. It is catching up in a lot of areas. And they are planning to be the drivers in these key areas. But can top-of-the-line innovation come without freedom? The Chinese are wrestling with this. Traditions in the education system produce people who can take standardised tests, but cannot think out of the box. Culturally, for instance, students would never think of criticising their teachers.

The attempt should be to move from quantitative to creative success. The US, despite the restrictions after 9/11, is still a magnet for people from around the world for education and innovation. Under the one-party system, China cannot match that freedom. Apart from media restrictions, party officials often control funding for projects. So, there is less meritocracy and more political decision-making. Israel, with 7 million people, has more high-tech companies listed on the Nasdaq. Someone once jokingly said this is because Jewish people don’t respect their elders!

China’s rise over the years has been viewed a bit suspiciously by India. And this is not surprising, considering the historical border tensions and Tibet. Both countries have competed in places like Africa and South America in the hunt for resources. So, can they work together? I think they can. It is very important for India, and for the rest of the world. China’s voracious need for energy will continue, but things are changing. China Inc is no longer the huge monolith it used to be. The government wants more competition and has allowed more (smaller companies) in every segment—be it banking, telecom or pretty much any other segment. These companies are competing viciously with each other. I would advise Indian companies to look for partnerships and alliances with one of them to beat the bigger foe. That’s where the future lies. Indian companies will be courted by different Chinese groups and this will generate different kinds of alliances. These could be for business in a third country. The new beginning in China could well translate into more opportunities for others to team up with them.

Dr Robert Lawrence Kuhn is an international corporate strategist, China political and economics analyst, and advisor on China matters to Ernst & Young. For more than 20 years, he has worked with China’s senior leaders, and advised the Chinese government. In 2012, he advised then vice president, now incumbent premier, Xi Jinping, on his US visit.

Kuhn is author of ‘The Man Who Changed China: The Life and Legacy of Jiang Zemin’ (the first biography of a living Chinese leader ever published in China) and ‘How China’s Leaders Think’ (featuring China’s next generation of leaders).