All For One? : European Policy Coordination In The Eurozone Crisis And Beyond

Throughout the crisis, markets and financial institutions have sought a remedy for this uncertainty by calling for timely, far-reaching and comprehensive policy responses from European leaders 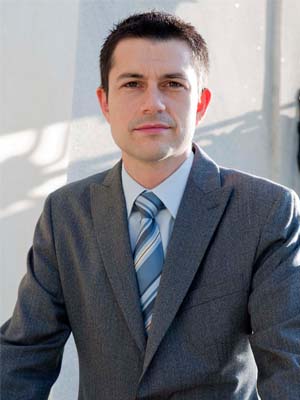 The monetary and financial crisis that has spread throughout the eurozone over the past year has brought uncertain economic times for many companies operating within Europe and foreign firms for whom Europe is a key export market. This uncertainty has been clearly reflected in financial markets as the demand for and pricing of sovereign debt, particularly for countries such as Spain and Italy has fluctuated, which has helped to destabilize an already precariously positioned banking sector and harm general market confidence.

Throughout the crisis, markets and financial institutions have sought a remedy for this uncertainty by calling for timely, far-reaching and comprehensive policy responses from European leaders that will help reassure markets and guide Europe through the crisis.  In response, eurozone governments have often appeared slow and incremental with each new declaration, agreement or initiative failing to allay market concerns for more than a few weeks at a time.  It often seems that markets and European leaders are working to different timetables.  José Manuel Barroso, President of the European Commission, has referred to Europe’s crisis response as a “not a sprint, but a marathon”. The challenge for Europe is that modern financial markets seldom view the world in those terms, especially during a crisis.

There are several reasons why Europe’s political leaders and institutions have struggled to respond to market demands as quickly and comprehensively as they would have liked.  First, and most obviously, the problems Europe faces are highly complex and the policies at stake politically contentious.  For example, while many agree that austerity, to some degree, must be part of any European strategy to cope with the crisis, street protests in Greece, Spain and Italy illustrate that austerity is politically difficult to achieve and painful for many in Europe’s periphery.  The second reason is that Europe is engaged in the difficult task of institution building in a time of crisis.  Much of the debate and disagreement among European leaders has been about the shape and role of the European Stability Mechanism (ESM) and the European Fiscal Compact and how they fit into Europe’s existing institutional framework.

However, a third factor underlies these twin challenges of policy and institutional development, and that is the principle of consensus by which Europe has sought to reach decisions during the crisis.  As sovereign states the eurozone’s members cannot be forced to join new treaties and institutions.  However, the participation of all members is necessary to ensure these institutions can effectively govern the eurozone and convince global markets and businesses that a coherent and comprehensive response to the crisis is being undertaken.  As a result Europe’s leaders have sought the approval of all eurozone members for the ESM and Fiscal Compact. The repeated summits and marathon negotiations over the past six months testify to how difficult it is to align all parties’ interests and create unanimous support for these institutions.

The need for consensus has also hindered policy development within Europe’s institutions, such as the European Financial Stability Facility (EFSF), in which there is a formal requirement of unanimous support by all member countries for major decisions taken within the EFSF.  This requirement enabled Slovakia to hold up the much needed expansion of the European Financial Stability Facility (EFSF) in October last year even though all other members of the eurozone besides Slovakia voiced approval and Slovakia constituted less than 1% of the EU’s total economic output.

The road ahead
Disagreements over the most effective response to the euro crisis have prompted calls for greater solidarity and commonality of purpose among European leaders.  Yet, disagreements between governments are to be expected when serious economic issues are at stake and when national interests diverge.  What is necessary is an institutional framework in which such disagreements can be managed more effectively and in a timely manner. Such a framework would arguably require staying away from the unanimity principle as a basis for future economic policy coordination within the eurozone.

The historical record suggests this may be difficult to achieve.  Research conducted by Autumn Lockwood Payton of the Social Science Research Center Berlin (WZB) and I into decision making in intergovernmental organizations reveals that since the end of the Second World War governments have shown a clear preference for institutions in which they can veto proposals when their key economic interests are at stake.  This is because political leaders wish to be able to prevent economic decisions at the intergovernmental level that run counter to their political and economic interests at home.

These findings should sound a warning bell to those who see deeper economic integration as the long-term solution to Europe’s present economic ills, particularly in the area of fiscal policy.  Governments rely on fiscal policy to manage their economies and allocate resources to key supporters.  They will be reluctant to yield control over fiscal policy to a European body without the safety valve of a veto on decisions taken at the European level.  This is evidenced by the conspicuous preservation of unanimity voting under the Lisbon Treaty on issues pertaining to taxation and social spending.   Furthermore, the inherent redistributive nature of fiscal policy means we should expect frequent and high levels of disagreement among European leaders on fiscal issues.  Under decision-making by unanimity, this disagreement is likely to foster slow and incremental movement on policy at best, and prolonged deadlock at worst.

One strategy open to the EU is to move towards political fragmentation through increased usage of the procedure of “enhanced cooperation”.  First introduced in the Treaty of Amsterdam but infrequently pursued since then, enhanced cooperation permits a subgroup of EU members to pursue advanced integration and cooperation in a particular area without the participation of all EU members.  This is what occurred when all EU members but the U.K. and the Czech Republic elected to join the Fiscal Compact.  However, the interdependence of Europe’s economies makes it very difficult to pursue effective economic management without the participation of all or most eurozone or EU members.  Moreover, the proliferation of a multi-speed approach to European integration is likely to present businesses with an increasingly complex and disjointed European regulatory and policy framework, which may serve to heighten rather than dampen uncertainty.

The solution may lie in further political integration. Many have argued that for the European project to function more coherently, political integration must keep pace with economic integration.  Future political integration may need to involve states ceding further sovereignty to European institutions by relinquishing the right of veto over a broader set of economic policies.  Few democratic countries with fully-integrated monetary, fiscal and political systems have parliamentary bodies in which any individual or group has the power to veto decisions.  Non-unanimity approaches to decision-making, such as majority rule, often allow political leaders to legislate, develop and implement coherent (though not always successful) economic policies in a timely manner.

The development and extension of qualified majority voting under the Lisbon Treaty reflects a desire by European leaders to avoid the potential for deadlock and delay that is present when each state has the power of veto.  Whether or not they will be willing to forego veto power over more far-reaching and politically contentious areas of economic policy and institutional development remains to be seen.  However, as long as key decisions will require unanimous approval from all member states, deeper economic integration will only lead to more rather than fewer challenges for economic policy coordination, and the uncertainty facing markets and businesses will be likely to continue.