Companies know that when the economy turns downward, their competitiveness and even their survival may hinge on their flexibility to dismiss workers 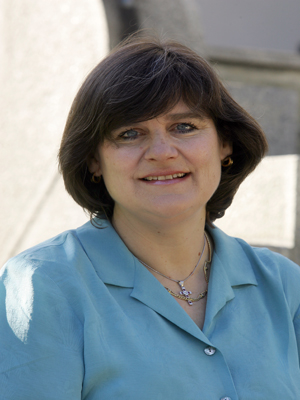 Economic crises are like litmus tests for labor markets: they bring into sharp focus the special features that cause them to work better or worse.  The global recession that started in 2008 has brought under the lens the countries with rigid labor markets, in a global marketplace that is dynamic and flexible.

In rigid labor markets, businesses that need to dismiss workers must make large payments, give long notice periods or even seek government authorization before making layoffs.  Some rigidities are on the hiring side, if laws require companies to make new employees permanent after a short trial period.  Others include limitations on working hours and on reassigning workers within the company.
All of these laws exist for good social or economic reasons.  Many were born of sharp labor conflict, and marked the triumph of workers over powerful business interests.  Some were adopted when labor markets were very tight, and companies were willing to attract scarce workers by offering them more attractive conditions.  Others reflect a social desire to give security to family breadwinners, or to government employees who risk dismissal when a new party comes into power.  The powerful economic rationale behind all of these regulations is compelling:  workers who accumulate experience on the job can be much more productive and valuable to a company; and can raise productivity for the economy overall.
Companies know, however, that when the economy turns downward, their competitiveness and even their survival may hinge on their flexibility to dismiss workers.  To keep that flexibility, in good years they seek non-permanent ways to expand hiring.  They may use temporary contracts or hire from temporary work agencies, if the law permits, rather than taking employees into the permanent work force.  They may also substitute capital for labor, outsource production, or even keep some activity “underground,” employing workers without formal contracts or legal protection.  All of these are escape valves that give them some flexibility in a downturn.
An economic crisis brings the differences between rigid and flexible markets into sharp relief.  Since the 2008 recession began, for instance, the flexible U.S. labor market saw unemployment leap from 4.8% before the crisis to 10.2%, the highest rate in more than two decades.  Rigid Spain, in contrast, has seen unemployment soar from 8% to almost 18% over the same period.  Spain has quickly moved from Europe´s top job creator to its fastest job destroyer, as companies have rushed to eliminate temporary workers, their main avenue to labor flexibility.  And the employment debacle comes as no surprise:  the story was repeated in all of Spain´s recent crises, with joblessness climbing almost to 25% in the 1990s.
The World Bank´s Doing Business ranking shows that Spain is not alone in the rigid labor market league.  Of the 10 countries with the least flexible labor markets, four are in Latin America (Bolivia, Venezuela, Paraguay and Panama) and the other six are African (Equatorial Guinea, Sao Tomé and Príncipe, Angola, Morocco, and Guinea-Bissau).  In Asia, Indonesia stands out for its rigid labor regulations, and China ranks 140 of 183 countries, partly due to its restrictive new labor law.  In India, employers need government approval for redundancies and face relatively long notice periods and high severance pay for formal workers with long tenure.   Among the developed countries, Portugal, Luxembourg, France, and Germany rank low --near Spain-- on the World Bank index.  The world´s most flexible labor markets include an African country (Uganda) and two Asian ones (Hong Kong and Singapore), as well as three developed countries (the United States, Australia and Denmark).  Denmark is particularly interesting, since it is also a very generous welfare state.

The dysfunction that makes headlines at times of crisis is not the only drawback to highly regulated labor markets.  Requiring companies to make high severance payments when they dismiss permanent workers gives them a strong incentive not to hire, or at least not to hire on permanent contract.  This often means that job creation is low, and concentrated in the most precarious segments of the market, which produces a dual labor market over time.  On the “inside”, workers with fixed contracts enjoy protection from dismissals and may face little pressure to become more productive.  Often, they are also better paid than temporary workers, because the bargaining power of their permanent contracts enables them to push up wages even at difficult times (witness the 3.9% rise in labor cost in Spain this year).  Meanwhile, the “outsiders” who are hired temporarily or illegally have no bargaining power; hence their wages are lower while their jobs are more precarious.  And since their jobs are not secure, the company does not invest in them.  Productivity suffers on both the inside and the outside of the market, dragging down productivity growth for the economy overall.
The social implications of a dual labor market can be substantial. Often most insiders are middle-aged men while the outsiders are mainly women, younger workers, and immigrants.  The asymmetries of pay and protection aggravate social divides, concentrating lower-income or disadvantaged groups into poorer jobs.  In the end, protected older males also suffer, as their adult children often cannot find stable, well-paid work and thus live with their parents into their 30s, draining family incomes.
But the effects of overly rigid labor regulations run even deeper than employment, productivity and the pay divide.  Recent research shows that low fertility rates in some countries with very rigid labor markets –Italy and Spain, for instance— may be partly due to the need for women to postpone childbearing until they win a permanent contract.  Overly rigid labor markets may also be a damper on innovation.   And of course, companies that have no choice but to fire their young workers and keep the oldest when the economy turns down are not likely to be transformed positively by a shakedown; whereas companies in more flexible labor markets may be.  This may give rigid countries an entirely different economic “landscape”.
What is the solution?  Clearly, workers need security, and companies benefit from having employees with a long job experience and the kind of commitment that stable relationships with a firm may provide.  On the other hand, global business is increasingly dynamic, and in times of crisis, companies need flexibility in order to survive.  The example of Denmark, which combines one of the world´s most flexible labor markets with a generous welfare state, could be one model to follow.  Danish “flexicurity” gives companies broad freedom to dismiss and reassign workers, while providing public income support and extensive retraining for those who lose their jobs.  Hence the burden of adjustment falls not on the individual firm, but on society as a whole.  Sweden, the Netherlands and the United Kingdom also have models that combine flexibility with a broad government safety net.  Germany, with its rigid markets, has successfully weathered the recession so far by subsidizing shorter working hours, which also spreads the cost of adjustment from individual firms to society.
As this crisis brings into sharp focus the negative effects of rigid labor markets, policymakers should seize the opportunity to study different formulas.  Enacting reforms now will help these economies function better not only in the next crisis, but across the business cycle.