The Promise of Franchising

Franchising promises a better chance of success, and the purports lower failure rate results in a better assignment of economic resources 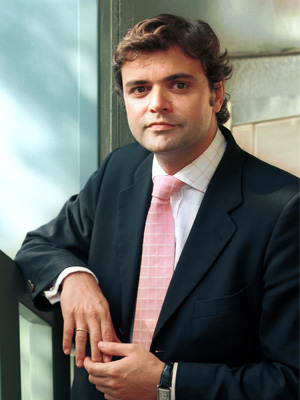 The success of the franchise system is reflected in its spectacular growth figures. In the U.S., where the franchising system began in the early 20th century, there are more than 3,000 companies involved in franchising, accounting for more than 10% of GDP and an estimated 30% of retail sales.

Business failure is of great significance to society and prospective entrepreneurs; the U.S. Dept. of Commerce data suggests that 67% of new businesses discontinued in their first five years. On the other hand, the alleged lower failure rates of franchises are one of the main selling arguments for attracting potential franchisees to the system. But, are the failure rates really lower? Is the franchising promise true? The empirical evidence is not clear.

Most empirical studies run by academics have concluded that there is no solid evidence which shows that franchisees have either a better or poorer chance for business survival than similarly qualified independent entrepreneurs. Furthermore, some empirical studies have even found that the failure rate varies by industry and that franchisees of older chains have higher failure rates.

Two industries where franchising is prevalent are good examples of this controversy: hotels and restaurants.

In the restaurant industry, also an industry where franchising is very significant, a 2005 study conducted  in the US and Canada found that among franchised chains the failure rate was 57% over the first three years of operation, and among independent restaurants the rate was 4% at 61%; while other empirical studies found opposite results.

Despite the contradictory empirical evidences, in both the hotel and restaurant industries – and probably many other industries where franchising is relevant – there is a general perception that the failure rate of the franchised business is lower than that of an independent operation. Why?  Because, despite the unclear evidence, many people assume that franchisors are selling a formula for success, and the common understanding is that franchisees have more chances of survival than independent businesses.

Until we find a concrete evidence that concludes whether the franchising promise is true or false, it is important to remember that even when there is a lack of convincing statistics to tell us if franchising is indeed less risky for franchisees than operating an independent business, there is a clear empirical evidence which shows that banks offer preferential loans to franchisees based on their experience that franchising lowers the risk of failure. Regardless of whether the promise of franchising is true or false, the banks believe it to be true – and since half the battle for the entrepreneur is getting funding, people looking to start a business might as well choose franchising over an independent business, so they would assume the franchising promise is true.

Tweets by @forbesindia
Alstom Powers Up To Fight Climate Change
Poorly Made in China: A Reality Check