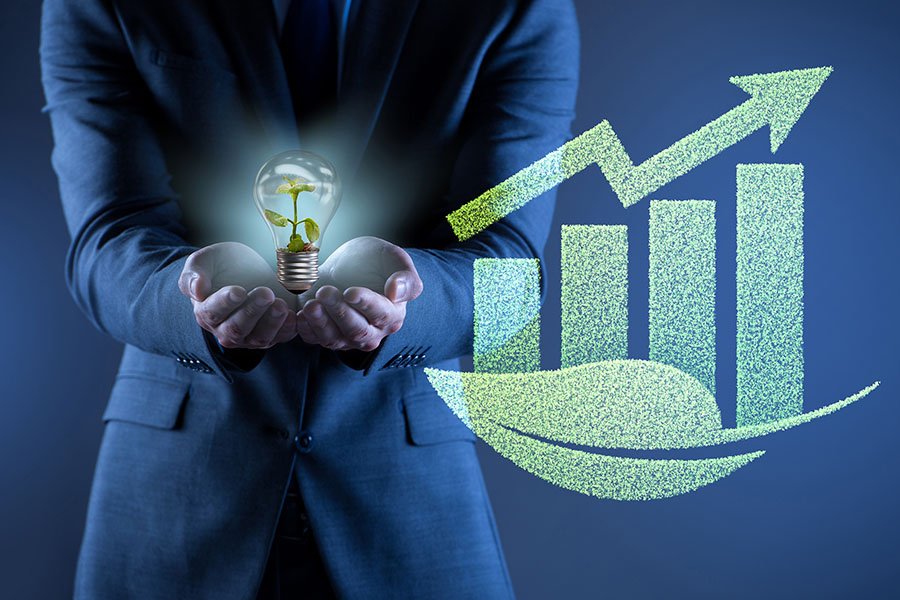 As business graduates of 2023 step (back) into their careers where the adaptation mindset needs to be built into the development pathway, existing programs need to be made resilient to climate change and additional risks need to be acknowledged. Image: Shutterstock

Early in 2022, eight business scholars of Europe’s biggest business schools penned an article in the Harvard Business Review, calling on business schools to do more to address the climate crisis. Business schools would need to collaborate with climate scientists, policymakers and other stakeholders. B-Schools' expertise in business transformation, measurement of performance and return, operations, marketing, organisational leadership, incentives, and governance position them uniquely to drive society’s response to the climate crisis. Setting up the Doerr School of Sustainability at Stanford in September 2022 is a shot in the arm for a concerted academic presence in the mitigation, adaptation and larger climate dialogue.

While India is the third largest GHG (greenhouse gases) emitter in absolute terms, the per-capita emissions of 2.67 T-CO2 e are far lower than that of China (9 T-CO2 e) or the US (19 T-CO2 e). The stark differences between absolute and per-capita emissions on one hand, and across countries on the other encapsulate the challenge we face in responding to the climate crisis. In 2009, at the 15th Conference of Parties (COP) of the UNFCCC in Copenhagen, a commitment was made by developed countries to mobilise $100 billion a year for climate action by 2020. Only 83 percent of that goal was reached. Bilateral public channels mobilised about $30 billion. Multilateral public channels mobilised $40 billion, whereas export credits and private mobilisations constituted the remaining, leading to a total of $83.3 billion mobilised in 2020. As COP27 negotiations ran 40 hours over the prescribed deadline in Egypt’s Sharm-El-Sheikh, an agreement to set up the Loss and Damage (L&D) fund was finally reached. The fund is estimated to pay out $500 billion, rising $200 billion annually, to “compensate the most vulnerable countries for damages from climate-linked disasters”. The L&D fund has the potential to unlock ambitions for mitigation and adaptation. But the gap between the climate finance promise of COP15 and actuality on one hand, and relentless global warming on the other, are sobering reminders of the great challenges that UNFCCC, COP, regions, blocs, countries, states, cities, industry sectors, businesses and societies face.

Just a few years back, California’s largest utility, PG&E was forced into bankruptcy, hit by liabilities arising out of known risks of its electricity equipment contributing to the wildfires that raged across the state. Lopping trees and putting cables underground may have increased costs and reduced dividends to shareholders, but these management practices may have also averted the first climate bankruptcy. While companies and countries saddled with legacy assets may focus initially on mitigation measures, developing countries ought to transition to cleaner energy and low-carbon development trajectories. This transition requires capital of the scale requiring developed countries to follow through on the Copenhagen commitments.

As business graduates of 2023 step (back) into their careers where the adaptation mindset needs to be built into the development pathway, existing programs need to be made resilient to climate change and additional risks need to be acknowledged. In addition to issues such as energy security, war, development and Covid-19, climate adaptation and crisis mitigation have become key skill sets. BCG’s Climate Jobs presents a range of career opportunities for which business graduates need to be well prepared. Not all of the climate challenges lend themselves easily to quantitative reasoning alone. After all, what about the hundreds of thousands who need to flee from a raging wildfire or flood? Climate justice demands that the decision-makers of today and tomorrow be able to join hands with society and grapple with these seemingly intractable issues as well.

Compared to US and European business schools, India’s older business schools are ‘stand-alone’ entities. Therefore, meaningful knowledge partnerships and collaborations are the need of the hour for these business schools to participate in and drive the response to climate change. Activities like research collaborations, publications, and de-carbonisation projects may be attempted within the current institutional structure or through the formation of centres like IIMK’s Center for CLIMATE Studies (CCS). The climate crisis presents itself as a wicked problem which eludes purposeful framing and solution-finding. However, some aspects of the climate crisis are shifting from intractable to solvable.

The climate gauntlet was thrown down quite some time back. It is now time for Indian business schools to pick it up.

Tweets by @forbesindia
Advent calendars: From simple Germanic tradition to marketing extravaganza
CoinDCX publishes their list of on-chain and off-chain balances as part of its Proof of Reserves report