Taking a regular email holiday can make you smarter

A constant, ubiquitous excess of emails has become so ingrained in our professional life that it's hard to imagine any alternative 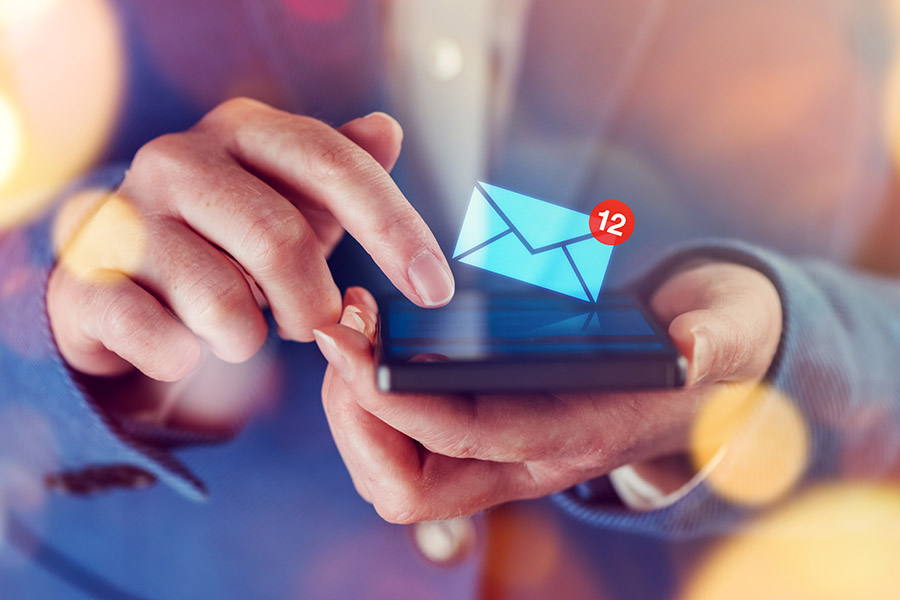 Image: Shutterstock
According to a study by Adobe earlier this year, we spend an average of 3.3 hours checking our work emails each day. That’s 16.5 hours each week, more than 800 hours a year, and more than 37,000 waking hours over a career. That constant, ubiquitous excess of emails has become so ingrained in our professional life that it’s hard to imagine any alternative. Even the most powerful industry captain seems powerless in resisting the temptation of email and can only rationalize it as a sort of productive endeavor.

Eric Schmidt, executive chairman of Google, encouraged managers to “respond quickly,” singling out people “who can be relied upon to respond promptly to emails, and those who can’t.” “Strive to be one of the former,” he emphasized. Schmidt explained why it’s important to “clean out your inbox constantly,” because by sorting emails quickly – reading enough to realize you don’t need to read that email, or reading it and acting right away – what’s left in your inbox automatically becomes a to-do-list of only the complex issues.” But one must “clean out [those] action items every day. This is a good evening activity. Zero items is the goal.”

Lest readers have any doubts about Schmidt’s zealous approach, he offers us the ultimate argument: “Remember, you’re a router.”

I don’t know if all Googlers would agree that they are mere routers humming inside Googleplex. But I would find it disturbing if cancer surgeons, opera singers, novel authors, architects, chefs, athletes, educators, or comedians saw their primary occupational task as moving bits and bytes around rather than creating something new or providing us with something beyond digital sound bites.

Like all other things, email communication is subject to the law of diminishing returns. Today’s email avalanche and the pressure to reply instantly only elevates work-related stress, with its chronic effects manifesting in a range of physical conditions, from heart disease to sleep problems, from headaches to memory impairment. But health concerns aside, does the constant streaming of work emails help boost productivity? Is Google a top firm because of Schmidt’s approach or despite it? Harvard Business School professor Leslie Perlow decided to run an experiment.

Hardly a techie herself, Perlow was trained as an anthropologist and spent most of her time trying to understand human behavior through first-hand observation. But she somehow managed to convince the executives at Boston Consulting Group to encourage members of a team to completely disconnect one day of the workweek. No emails, no phone calls. At first, the consultants were concerned about their performance evaluations and what they owed the clients and their colleagues. But as the weeks wore on, fear subsided. Five months later, people who took time off reported “higher job satisfaction, more open communication, increased learning and development,” and most importantly, “better products delivered to the client”.

That final observation was peculiar. Why would staying disconnected yield higher-quality output? Neuroscience offers us some clues. It’s not so much about the content of the information we receive but the way it’s delivered and processed by our brains.

Most of us harbor the desire to be a superhuman manager, capable of doing many things at once with high success: juggling phone calls, emails, live conversations, and text messages, all at the same time. In reality, no human can truly multi-task. Neuroscientists have shown that our brain simply switches from one task to another. Because separate projects are processed in separate parts of the brain, they require separate start times and separate monitoring processes. That explains why an interruption, even if short, delays the total time required to complete a task by a signification fraction. And the constant toggling incurs a major switching cost. After an hour or two of attempting to multi-task, we are often so tired that we can no longer focus. It’s because those very neural chemicals we needed to focus are now gone. In fact, the mere awareness of an unread email sitting in your inbox can effectively reduce your IQ by 10 points.

That’s when we see that some companies are trying new tactics to save their employees from major “brain drain.” Employees from Daimler, the German car maker of Mercedes-Benz, can opt for a “mail on holiday” option, where all incoming emails are automatically deleted. “With ‘mail on holiday’ they start back after the holidays with a clean desk. There is no traffic jam in their inbox. That is an emotional relief,” said Wilfried Porth, board member for human resources. The French government went further: a new law requires companies with more than 50 employees to establish hours for staff to not send or answer emails.

But these are hardly European styles of indulgence. The biggest problem of multitasking is that it disrupts the kind of sustained thought usually necessary for problem-solving and creativity. In the age of ubiquitous connectivity, if we only relay messages from point A to point B without creating anything new, the value we add is indeed low. We are then no more than human routers.
Howard Yu is professor of strategy and innovation at IMD and is Director of the Advanced Management Program

Tweets by @forbesindia
Almost there: Rich, but not rich enough
Fireside Ventures: Stoking the retail surge