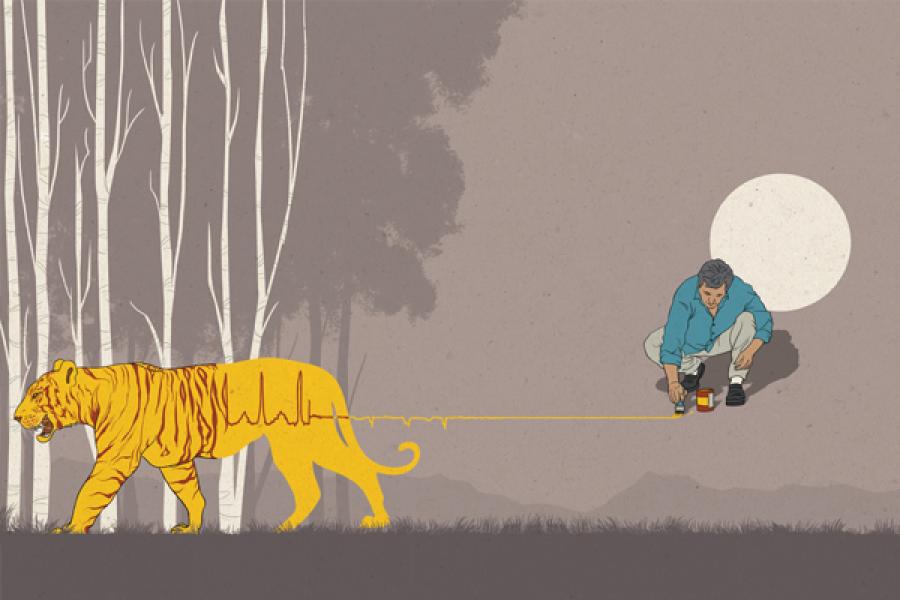 Why was it made a national symbol?
The tiger, long part of Indian mythology and folklore, was adopted as the National Animal by the Indian Board for Wildlife in 1972. It was selected over the Asiatic Lion because of its presence in larger swathes of the country (it is found in 16 states while the lion is found only in the Gir forest), the worldwide importance of the animal, and the need to protect it.


Current Status
There are 46 tiger reserves in India, spread over 18 states. The population of the animal is believed to be between 1,520 and 1,909.

Valmik Thapar, author and conservationist, says, “The ordinary Indian’s knowledge of the tiger varies across all the different slices that live. It is a love-hate relationship where some will worship it because of its connection to the goddess and others will kill it for its ability to kill their livestock. In urban areas there will be a section that would not care one way or the other and a section that will believe it is our god-given duty to protect it.”

Project Tiger, launched in 1973 under PM Indira Gandhi, aimed to protect the tiger population and, according to Thapar, has failed in its aim. “The efforts to save tigers have failed because of a lack of intelligence in the forest bureaucracy that govern these areas and have not engaged in any innovative conservation measures.” He advocates drastic reform in all sectors of government, and the inclusion of non-governmental players, if we are to prevent “a few intensively man managed populations that will finally get fenced in”.

Tweets by @forbes_india
Economic Milestone: Nationalisation of Banks (1969)
Is this really the first right-wing government?