Wilfried Aulbur: India has its Own Silver Linings Playbook 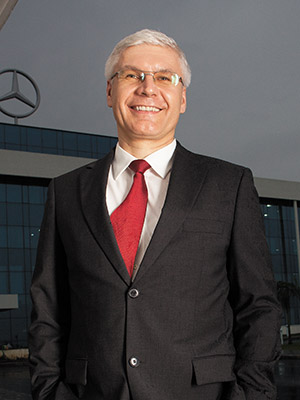 I have had the pleasure of being closely associated with India for the last 20 years. During this period, the country has undergone dramatic change, and largely for the better.

In 1994, at the time of my first visit, the Indian middle class was focussed on saving enough so that their children could go to school in the US and establish themselves overseas. A few years later, around 2000, India had re-invented itself and started to offer many bright engineers an opportunity to have a rewarding career without having to leave their homes and families behind. By 2005, the overall conviction was that India was bound to grow at least at 6 percent, even if it did not put any effort into managing the economy and driving growth.

This assessment seemed to be strengthened by the quick rebound of its economy after the ‘Great Financial Crisis’. Many of us thought that India’s inherent strength, solid banking system and internal consumption effectively allowed it to decouple from the travails of the West. Globally relevant launches such as the Nano suddenly drove engineering departments across the globe to look at ‘frugal Indian engineering’ and convinced the world that India could not only do software but also engineer and produce world-class products.

The progress that India has made as a country over the last two decades is indeed breathtaking. So why is this issue of Forbes India talking about the need for a third freedom struggle to complement the ones in 1947 and 1991?

The answer is simple. The last two years have made it clear that we cannot go to sleep and still expect the country to grow at 6 percent. We have seen quarterly GDP data decrease linearly and reach values around 5 percent, close to the infamous ‘Hindu rate of growth’. To ensure employment for the roughly 12 million young people joining the workforce every year, we need to grow at around 8 percent. Anything less is a recipe for trouble as events in Brazil, North Africa, and even here at home in India clearly demonstrate. Sustainable inclusive growth can only be built on a strong economy. We need to get the basics right not just once in a while, but consistently.

Areas of concern are many.

Government over-spending has increased from 2.8 percent to more than 5 percent of the GDP over the last four years. A growing current account deficit and a spending focus on entitlements and subsidies rather than capital outlays has fundamentally weakened the country and the currency. The volatility of the rupee that we have experienced over the last few months as a reaction to remarks by Ben Bernanke, chairman of the US Federal Reserve, on Quantitative Easing is a case in point.

The weakness of the rupee not only leads to imported inflation and correspondingly high interest rates, it also destroys the profits of companies which depend at least partially on imports and creates a volatile business environment.

Retrospective changes in legislation have highlighted the challenges of doing business in India and created concerns in the minds of international investors who have alternative investment options in other emerging markets. While foreign direct investment will bring in money and skills, and may force local players to up their game to benefit the Indian consumer, it is not the only answer to India’s challenges. Companies must be enabled consistently to compete on equal footing with global majors.

It is vital, for example, to have Indian-owned global automotive or aerospace and defence companies. Worldwide experience shows that the location of headquarters and ownership matters when it comes to job creation and research and development, both vital for India’s future.

Further, unresolved issues such as land acquisition and project approval delays forced some investors to cancel significant investment proposals in the country. For example, the typical time taken from tendering to the start of production of a coal mine in India is about six years versus about two in Canada and less than even that in Australia. 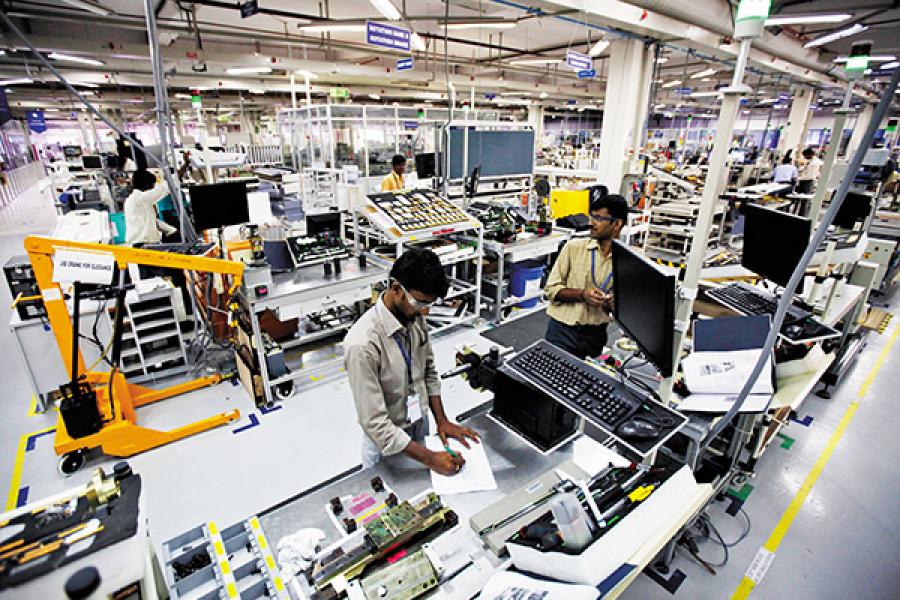 Image: Danish Siddiqui / Reuters
GE Healthcare’s R&D centre in Bangalore. Experience shows the location of HQ and ownership matters when it comes to job creation and R&D
This is despite the fact that the production of Coal India Limited, the largest domestic coal producer, does not keep up with demand growth. As a consequence, India’s coal import will double from 100 million tonnes per annum at present to about 200 million tonnes in 2020, impacting energy costs and India’s trade balance. Coal and iron ore are key feeder industries for steel which is at the heart of the automotive, white goods and infrastructure sectors and therefore vital for the industrial heart of the country. Unreliable energy supplies are also a major impediment for the build-up of a viable Indian electronics industry. This is again an area of great concern as, according to some reports, the negative trade balance due to electronics will, in eight to 10 years, be as big as the oil trade imbalance.

Corruption scandals and the subsequent paralysis of the administration have also created significant challenges in key industries. Graft impacts not only dealings with government but seeps into the private sector and increases the cost of doing business. Crony capitalism is not the answer to building a viable Indian industry. What is necessary is creating an equal playing field for entrepreneurs to meet their global competition head on. Today, leading Indian global players and exporters are successful despite insufficient infrastructure, unreliable and expensive energy options, inflexible labour laws, complicated bureaucracy, etc. With a government that consistently and reliably works towards elimination of these deficits, the sky is the limit for high-performing Indian companies.

The uncertain and sombre global economic environment has most likely reduced the Indian GDP by 0.5-1 percent. The sentiment of Indian consumers and entrepreneurs alike is depressed; job security is a concern. The coming elections may not bring to power the strong leadership necessary to steer the country through this challenging environment. Labour cost escalation is not compensated by productivity gains which, over time, erode India’s low-cost, high-skill advantage. It seems, at times, that the only light on the horizon is created by the dark rain clouds of the monsoon that promise not to disappoint this time around. 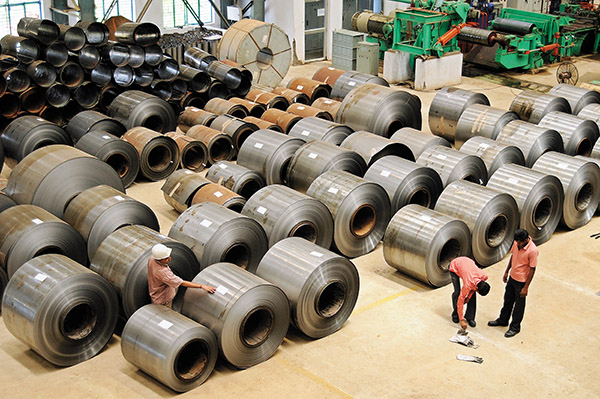 Yet, all is not lost. Like many of my clients, I strongly believe in the mid- and long-term promise of the Indian market. The momentum that was built over the last two decades, the exposure that India’s middle class and aam aadmi have got is too significant, too strong to be derailed by a couple of years of bad policies. Public opinion and the realities of the market will drive politicians to either be voted out of office or to do the right thing for the economy and, ultimately, the voters. State election results that either confirmed efficient governments (as we see in Gujarat) or drove inefficient ones out (as in Karnataka) are living proof of an informed and determined electorate. Recent decisions regarding FDI and clearance of large projects point in the same direction.

While it is easy to be cynical about the likelihood and speed of change, there are numerous examples where informed citizens, an independent press and agencies have forced change.

Take the United States as an example. One of the notorious political bosses of the late 19th century was William ‘Boss’ Tweed of New York’s Tammany Hall. He ruled New York for 12 years by giving generously to the poor, co-opting big businesses by rewarding them with lucrative contracts and so on. In the process, he and his associates fleeced the city of millions of dollars. His graft was exposed by political cartoonist Thomas Nast who ensured that New York’s illiterate and semi-literate citizens understood the magnitude of the problem. Samuel Tilden, a zealous attorney, convicted Tweed who finally died in a New York prison.

Over the last few years, we have seen our versions of Nast and Tilden making their voices heard. Movements such as the ones by Anna Hazare or Arvind Kejriwal have shown that India’s masses want more than just energy, roads, water and education. They realise that clean government is a must to enable efficient and fair capital allocation. Institutions such as the judiciary, the office of the Comptroller and Auditor General and the Reserve Bank of India are asserting their independence from the political apparatus.

So, does India really need a third revolution? With a little bit of luck, it is already under way.