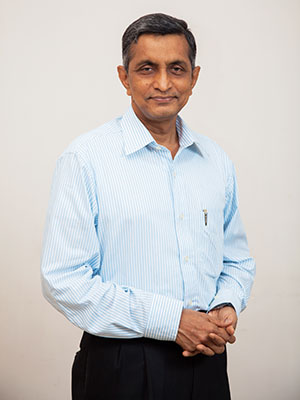 Jayaprakash Narayan
Profile: Jayaprakash Narayan is founder and president of Lok Satta Party. He is an MLA from Andhra Pradesh. A former IAS officer, he was on the National Advisory Council for UPA-1, and was part of the Second Administrative Reforms Commission (2005) and Task Force for the National Rural Health Mission.

Disenchanted as we are with our politics and governance, it is hard for us to realise that we succeeded remarkably well in building a nation and democratic institutions. We did not always fail. We gave ourselves a liberal, democratic and inclusive constitution; over 550 princely states were integrated into India with great ease and no bloodshed; our unmatched linguistic diversity has been accommodated with great sensitivity and wisdom by the linguistic re-organisation of states and a three-language formula; even in recent decades, our federalism matured significantly with states coming into their own; and we achieved moderate economic growth while preserving liberty.


Then why have we failed in many other respects? We need to focus on our initial conditions to understand our governance crisis. Abject poverty, illiteracy, social divisions and universal franchise are an explosive cocktail. Right from the beginning there has been an inherent asymmetry of power between the poor, helpless citizen, and the public servant with a safe job, secure income and awesome power. This is complicated by poor service delivery. Bribes, red tape, harassment and delays are endemic even for simple services.

In this climate, there has been an over-dependence on politicians who seek the vote, because they alone have to go back to the people for a renewal of their mandate.  Politicians should have ideally built a framework for easy, painless delivery of services with sensible incentives and accountability. Instead, they responded by creating a vast party machinery to somehow address public needs in the face of a dysfunctional, unaccountable bureaucracy. Delivery did not improve; but perverse incentives distorted the picture further. Over-centralisation added to our woes. Both the state legislator and bureaucrat thrived in a centralised, opaque system.

Three post-independence failures compounded our governance failures. First, the licence-permit-quota raj was given free rein for over three decades. In our misplaced zeal for ‘socialism’, individual initiative and economic freedom were suppressed, leading to low motivation, rise of the free-loader mentality, monumental corruption, and a stagnant economy. The issue is not capitalism vs socialism; it simply is the failure to define the state’s primary role. The basic functions of state—public order, justice and rule of law, infrastructure and natural resources development, education and health care—were all neglected, as the state sought to take on business functions, and predictably failed in both areas.

Second, halting, half-hearted efforts to decentralise power failed; we are now saddled with the unwieldy 73rd and 74th amendments, which created over-structured, underpowered, and largely ineffective local governments. Third, there was the failure to modernise crime investigation and insulate it from political vagaries. 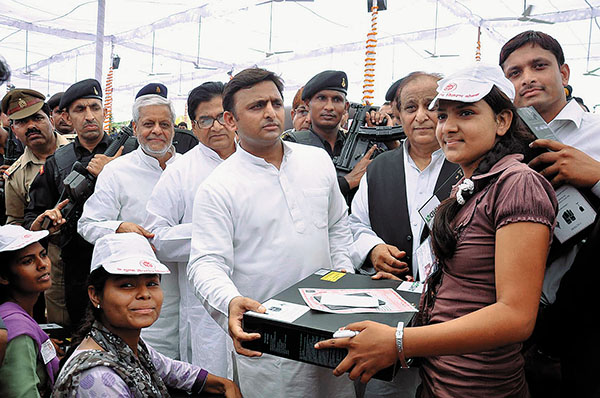 
The vote is increasingly delinked from public good, and has become a purchasable commodity, as the voter seeks to maximise short-term gains. The vast political machine initially erected to address public grievances in the face of poor service delivery has acquired a life of its own. The machine needs to be sustained by corruption and abuse of power.

Vote buying alone is not enough to acquire or retain power, as all traditional parties resort to the same tricks. In an era of competitive populism, any party which focuses on infrastructure, economic growth, education and health care, and refuses to offer short-term freebies is at a great disadvantage. As all parties offer freebies, new forms of vote-gathering are needed to gain advantage. In a diverse, tribalised society, traditional social divisions of caste, region, religion or language have become playthings of partisan politics. Divisive politics and provoking primordial loyalties pay handsome electoral dividends. The politics of unity, common good and individuation took a back seat.

Once we accept this analysis, the correctives are self-evident. We need to relentlessly pursue economic freedom and competition. Local governments and communities should be effectively empowered, and a share of tax revenues should be transferred to them.  Once people are in control of their own destiny, and local independent ombudsmen are institutionalised to enforce accountability, things will change significantly. Service guarantees with citizen’s charters and penalties for non-delivery will end extortionate corruption and harassment for simple services, and create space for more rational, ethical politics. Naxals and home-grown secessionists will disappear as people get busy improving their own lives. Comprehensive judicial and police reforms will minimise the law’s delays and ensure fair treatment of all citizens.

But these are not sufficient. If politics continues to be murky, other reforms will happen at a glacial pace. Blaming politicians and parties is fashionable in today’s India, but it does not help. Parties have not taken a vow to destroy India; they are only determined to win elections and stay in power. Given our current level of democratic maturity and a flawed electoral system, parties will have to pay a heavy price to uphold values in public life. Witness Andhra, where Congress is in doldrums as it refused to surrender to Jaganmohan Reddy, or Karnataka, where BJP lost power as it refused to compromise with BS Yeddyurappa. If what is good for the country is bad for parties, we only perpetuate the status quo. We need to create the right kind of incentives for parties. Our electoral system rewards vote buying, freebies and divisions; promotes those with ill-gotten money, criminal links, and caste or sectarian base; and discourages and punishes honest, competent, public-spirited politicians.

We need to switch over to a proportional system of representation, where parties get seats in proportion to votes with certain safeguards to prevent political fragmentation. Then honesty and political survival will be compatible; real governance reform will be feasible and effective; what is good for the country will be good for politicians; the best and brightest can once again play a vital role in public life; vocal, marginalised sections will find voice; and national parties will have a national foot-print.

Tweets by @forbesindia
Swati Piramal: How to Make India a World Leader in Low-Cost Health Care
Wilfried Aulbur: India has its Own Silver Linings Playbook