Swati Piramal: How to Make India a World Leader in Low-Cost Health Care

Bad regulations and price control are stifling pharma, but innovation in health care is blossoming with government support 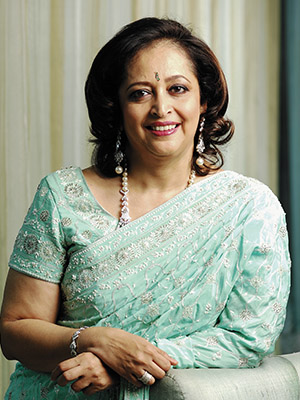 Image: Babu Babu / Reuters
Price controls have kept drug prices so low that there is no money to create awareness or make sure the drug reaches rural areas

Swati Piramal
Profile: Swati Piramal is the vice chairperson of Piramal Enterprises and director of Piramal Healthcare. She was the first woman VP of Assocham in 2008. She’s also a member of the Planning Commission and has influenced public policies in health care. In 2012, she was awarded the Padma Shri.


The numbers are startling. The Indian pharmaceutical industry—once the pride of innovation and a leading Indian export to other countries—has slowed from over 17 percent just two years ago to 10 percent this year and trending even lower because the price control regime is due to kick in later this year. On the face of it, this may be seen as being in line with the slowing Indian economy. The truth is not so simple.

The questions are mind-boggling. Why would a government metaphorically handcuff an industry that was once feared to be taking on the power of the world’s largest multinationals and was ahead of China in the sheer strength of scientific prowess? What has happened to a leader in generic medicines that could prove, using clinical trials, that our drugs are as good as that of the West?


Clinical trials approved by the health ministry have dropped from 500 two years ago to nearly zero. When activists petition the Supreme Court and advocate the banning of any studies, the knee-jerk response from the health ministry is to make notifications so absurd that global trials in India are halted by no less a global heavyweight in research than the American National Institutes of Health.

While activists who have no stake in the issue can take up airtime on TV, the nation’s ability to discover and develop new cures for untamed diseases in India are crippled severely. If India is to depend only on new innovations from the West without regard to the types of mutations in viruses and bacteria increasingly affecting the Indian population, it will be a very high price to pay. Research on tropical illnesses that ravage our citizens and drugs to treat these illnesses will not come from multinational research labs. An increasing cancer risk and the high prices of drugs imported into India are together making the burden of this disease unaffordable to most patients.

Can new cancer drugs be discovered in our huge biodiverse plants and microbes in India? Can we develop it in India at one-tenth the cost of the West and make it affordable not just for India but for the rest of the world? For many Indian scientists, that remains a dream. Has price control been effective in delivering good health to the consumer? More than 60 years after independence, tuberculosis affects nearly every other Indian, 20 million women have anaemia, 70 percent of children up to age 10 are anaemic, malaria continues to kill and, in a rapidly urbanising India, there’s a double whammy: Chronic diseases such as diabetes and heart disease have increased. Drug prices are so low that there is no money left to create awareness or to make sure the drug reaches rural areas. Drug price controls have failed to deliver medicines to those who need them most.

Recently, the head of the Dairy Development Board, Amrita Patel, observed that women employed in the dairy industry have a problem of anaemia. They refuse to take the iron tablets doled out free as they cause gastritis. Innovations in iron delivery are not taking place at all because iron tablets are under severe price control and there is no money that can be invested in research and development for a new iron delivery system with fewer side-effects.

The much-vaunted India advantage of an English-speaking scientific manpower, doctors trained in Western medicine, institutes of higher education, and a large number of chemists has come to naught. The long bureaucratic delays of more than a year for almost any permission, the plethora of expert committees, and aggressive pursuit of leadership in science by China, Singapore and South Korea have nullified any ‘India advantage’.

So where is the good news? A few years ago, the Reserve Bank of India made a small but critical change. Hospitals, which were previously classified as a real estate industry to which banks could not lend, were reclassified as infrastructure. The growth in small hospitals in second and third-tier towns as well as the rapid expansion of hospital chains such as Apollo and Fortis is creating new hospital beds and new competition, which is pushing up health care standards. India is a laboratory for low-cost innovation in health care delivery. Affordable cardiac care is being pioneered by brilliant doctors such as Devi Shetty and in eyecare at Aravind Eye Hospitals. New methods of mobile delivery are being pioneered in many states.

Digital health services take more than a million calls a month to answer basic questions on health. Cloud computing and RFID (radio frequency ID) technology is being used by clean drinking water provider Sarvajal in rural India (which recently won them a Frost and Sullivan technology award). The Mid-Day Meal schemes provided by large NGOs have totally automated plants that bring costs down and maintain high standards of nutrition and hygiene. To scale up these models and success stories we need support from the government. Technologies must be accepted and diffused quickly so that the common man may benefit.

On the pharmaceutical side, too, there is a silver lining.  Although Indian trials have halted, Indian companies are sending their dossiers to Western regulators. The high quality of science is being accepted and the number of new chemical entities discovered in India and developed globally is going up. If India is to take her rightful place at the head table of nations to make the lowest health care solutions in the world, she must quickly put in place a regulatory system that is fast and efficient.

Tweets by @forbesindia
Freedom to be a Child: Why A Happy and Carefree Childhood Is Important
Jayaprakash Narayan: Fixing Governance with Reforms and Economic Freedom