Lifestyles of the Rich and Famous

Bollywood, art, pizzas, fast wheels. They enjoy the same things as the common man. It's just that much more extravagant

Mukesh Ambani (1)
Legend has it that Mukesh Ambani, India’s richest man likes his dosas from only one place — the Mysore Café, a small little place in Matunga, Mumbai’s Tamil heartland. As for the owners of the café, they talk of him in tones priests reserve for patron saints. Understandable! After all, he is their most celebrated customer. Ambani has a soft corner for wildlife as well. So much so that a couple of years ago, he commissioned a huge two volume encyclopedia on Indian wildlife. It went out to academics, researchers, wildlife enthusiasts and people in the media. He is also building what is perhaps the world’s most expensive home at $1.2 billion complete with a movie theatre to watch the Bollywood flicks he loves so much.

Anil Ambani (3)
The younger Ambani is a fitness freak and his passion for running is well documented. He’s a regular on the marathon circuit and his running mates include a canteen boy who works at the State Bank of India in Nariman Point. He’s also seen at Mumbai’s Mahalakshmi Race Course with his children where they enjoy horse rides. Anil Ambani is up every day by 4:00 a.m. and reads every scrap of information published while he was sleeping before he hits the road.
Azim Premji (4)
A movie buff, he often turns to his business heads for advice on what titles to pick. He likes to trek as well. Very conscientious about the environment, he is now in the market for a hybrid car.

Shashi Ruia (5)
Extremely media shy, he is closest to younger brother Ravi Ruia. And when the media does get him for that rare interview, he insists the pictures used include both of them. Raconteur par excellence, he can hold an audience for as long as he wants to with his witty stories and knack for story-telling.  And yes, he loves his food.

Sunil Mittal (8)
He is superstitious about the number 23. He was born on a 23rd, got married on the 23rd, and almost always insists on any major announcements being announced on the 23rd. When he is in Delhi, Mittal insists on having lunch with his brothers and closest associates at Bharti’s headquarters where everything about the business is discussed. Over the years, he has also earned a reputation for his sharp sartorial sense. 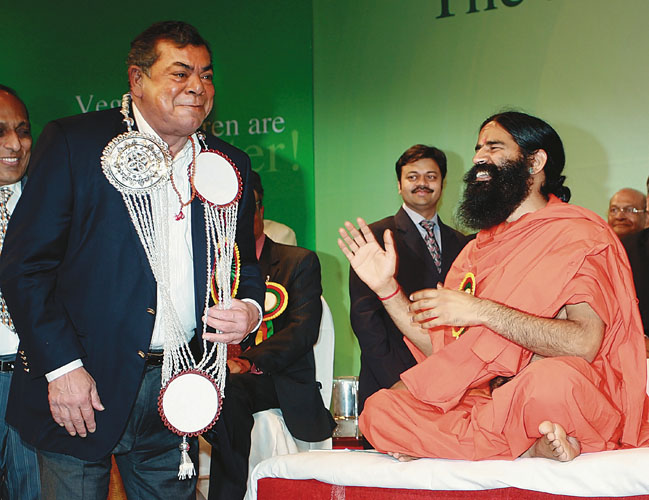 Image: Sachin Kadverkar/Fotocorp
Raconteur par excellence, Shashi Ruia can hold an audience for as long as he wants to with his witty stories and knack for story-telling
Anil Agarwal (11)
He makes no bones about the fact that he’s starry eyed and loves to watch every Hindi film that comes his way. When in Mumbai, he is known to throw unending parties for his buddies at the Taj Mahal hotel, one of his favourite haunts. Also loves to go around on bicycles.
Dilip Shanghvi (14)
He is almost fanatical in his devotion to the treadmill and never misses a chance to get on it. Shanghvi doesn’t ike parties; in fact he is a rare sighting even at pharmaceutical industry meetings. Instead, he is a homebody and is rarely seen outside the suburb of Andheri in Mumbai where he has a home and the factory. When he likes to take a break, it is usually at Kodaikanal or on the backwaters of Kerala.
Cyrus Poonawalla (24)
You could say the man hoards horses, but his real collection is a fleet of more than 25 cars kept in Pune. Poonawalla even built a prototype for a sports car during his college days. He’s carefully collected cars that range from custom-built limousines to Rolls Royces to six-door Mercedes. And the craze for cars runs in the blood. Nephew Yohan Poonawalla was the first owner of the Phantom Rolls Royce in India (for Rs 3.5 crore) in 2005.


Venugopal Dhoot (31)
Dhoot is hugely into cricket, shares a passion for Hindi films and is an accomplished flautist. Many years ago, he was drawn to yoga and practices it every day. A couple of years ago, he introduced yoga sessions at his factory in Aurangabad. Dhoot is also into the Bhagvad Geeta. He can recite the shlokas from the sacred texts and loves to get into discussions on the subject. Quirk: He dislikes shoes with a vengeance. Given half a chance, he likes to dispense with them and won’t be seen in a pair unless absolutely mandatory.
S. Gopalakrishnan (46)
One of the co-founders of Infosys and now its CEO, he is known in business circles as a soft spoken man. A vegetarian, he takes great pleasure in rustling up pizzas for his daughter. He often upgrades his mobile phone and goes into raptures each time a new gadget catches his eye. He’s got a thing for courtroom thrillers and reads most published ones.
Kiran Mazumdar-Shaw (73)
She painted watercolours in her school days. And during her early years at Biocon, time spent at museums from London to Paris to Montreal sparked her interest in figurative art. In 1982 she purchased her first work — a 36” x 36” Yusuf Arakkal Oil on Canvas, which today hangs in her office. Mazumdar-Shaw has also put artists such as Jatin Das, Yusuf Arrakal, and S.G. Vasudev to work. In 2000, she commissioned them and other contemporary artists to do the illustrations for her coffee table book Ale and Arty.

And her list of favourite artists crosses continents — from Van Gogh and Dali to Bikash Bhattacharya and Jamini Roy. Her favourite? “A Ganesh painting by M.F. Husain in my office which I love for the brilliant brush strokes and the wonderful use of colour,” she says. Most recently, Mazumdar-Shaw bought up a number of works from London-based artist Amal Ghosh from Sumukha Art Gallery. Will the Biocon founder ever part with any of her collection? No chance, she says. 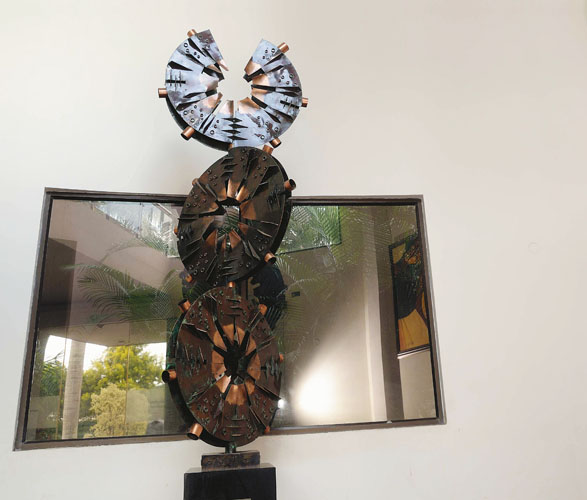 Image: Gireesh GV for Forbes India
In 1982 Kiran Mazumdar Shaw purchased her first work — a 36” x 36” Yusuf Arakkal Oil on Canvas, which today hangs in her office
Analjeet Singh (78)
Analjeet Singh’s wife Neelu vividly  remembers the day she and her husband bought their first piece of art. They were passing an art gallery in Miami when an abstract on canvas by a relatively unknown artist caught their eye. “It still hangs in our home after 30 years and carries with it memories of our younger days and the beginning of our life together,” she says.  Their collections are displayed at the corporate office, and in their home.
Vijay Mallya (60)
Vijay Mallya says the first word he uttered as a child was “car”. Since the 1970s, he’s been driving and winning trophies in professional car racing circuits, and in 2007 bought his own F1 team. But perhaps the best reflection of Mallya’s love for cars is the more than 250 vintage automobiles Mallya carefully maintains and sometimes drives, kept across a number of countries.
This March, his successful bid for Gandhi’s glasses, sandals, and other iconic items for $1.8 million gave many distraught Indians a sigh of relief. Earlier, he spent over a million pounds on various items once belonging to Tipu Sultan, including his sword, sporting gun, and cannon.

Tweets by @forbesindia
Naresh Gupta: People before Strategy
In Praise of Lord Keynes