Lakshmi Mittal has so far struggled in his home country, India, where he is seeking the next big growth leap for his steel empire. He is now tweaking his strategy to make that happen 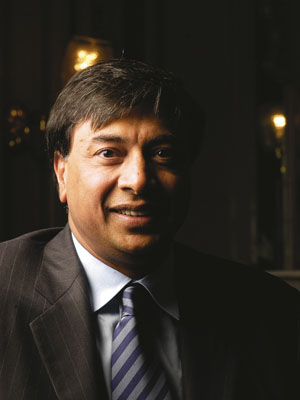 Petarwar, a 100,000-strong town in Jharkhand, has always been in the shadows of its bigger brother Bokaro, the local district where one of India’s earliest steel plants came up. Lately, though, the excitement at Petarwar is palpable. The world’s largest steelmaker ArcelorMittal, which has eight times the capacity of Steel Authority of India that runs the Bokaro plant, is coming to set up a new steel plant. But if the people expect Lakshmi Niwas Mittal to set up a mammoth steel plant, they would be disappointed. It is likely to be just a 3-million tonne plant, smaller than Bokaro’s 4.5 million tonnes capacity.

That is very unlike Mittal. He normally likes to play on big scale. He controls 115 million tonnes of capacity, three times that of his nearest competitor. His earlier plan for India has been to spend $9 billion on a 12-million tonne plant spread over 8,000 acres in Khunti-Gumla, also in Jharkhand. Then why is he suddenly thinking small?

As it turns out, Mittal hasn’t stopped thinking big. It is just that he has realised putting up one very large plant in India will be significantly more difficult than starting a string of smaller plants. “We will stand by our promise. We will have a steelmaking capacity of 12 million tonnes a year in Jharkhand. But that capacity can come in multiple locations in smaller units within the state and will not necessarily be based in a single location,” says an ArcelorMittal’s spokesman.

This marks a twist in Mittal’s India strategy, perhaps the most important piece of his global search for new demand and growth opportunity. The main delay in large projects comes from the time taken for acquiring large tracts of land and getting environmental clearances for them. People affected by such projects have become more vocal in recent years. For many large projects, the wait has become interminable.

Mittal, too, faced protests for his 12-million-tonne plant. As a result, he couldn’t find enough land in Khunti-Gumla. This is the primary reason for the change in tack. Mittal’s team must have learnt their lessons, for they are making good progress in their effort to buy up 2,000 acres in Petarwar.

But that’s not all. Mittal is ready with a new version of his old plan to find the much-needed growth impulses for ArcelorMittal, whose heavy presence in the saturated markets of the West prevents it from taking advantage of the rapid growth in emerging markets. As part of this plan, he is moving into the downstream steel sectors and stepping up exports to India from his plants in other countries. He is also likely to break his other big projects in India — in the states of Orissa and Karnataka — into more manageable, smaller capacities.

“If ArcelorMittal is to grow at 10 percent every year, it will have to add about 15 million tonnes of steel capacity,” says the head of a steel consulting firm based in Europe. “The Indian plan looks like the only way to capture this.”

Home Truths
In recent meets in New York and London, Mittal told investors that the steel shortage in India would reach 30 million tonnes a year by 2015. This is more than the combined capacity of all the three largest steelmakers in the country, Tata, Steel Authority of India and JSW Steel. Mittal had planned to create capacity roughly matching this shortfall. But the delays have meant that it is unlikely that he would be able to commission the plants on time. Add to this the pain of losing much of the growth happening between now and 2015 and it is easy to understand why he is in a hurry to start producing steel in the country.

There’s another good reason behind Mittal’s rush. Essar, Tata Steel and JSW have quickly cottoned on to the value-added steel game and build strong capabilities in developing customised steel. And they’re using their first mover advantage to grab many of Arcelor Mittal’s global customers in segments like auto and consumer durables.

For five long years, Mittal had been trying to break into the world’s second fastest growing steel market. But the man who conquered Europe and Americas, was going nowhere in his home country. The red carpet welcomes and headlines of the earlier days were soon replaced by protests and delays. Frequent visits to the bureaucratic corridor in New Delhi and chief minister offices in the states came to virtually nothing.

There was a good reason why Mittal didn’t allow these frustrations to stop him from realising the big dream — of making it big in India. Steel consumption in any region moves in a 30-year cycle: Large-scale building of infrastructure kickstarts the demand, the automobile sector takes over after a few years and at the end of the cycle, replacement demand comes in. That is also when an economy starts recycling old steel. The developed markets have completed their 30-year cycles and it is only the emerging economies that are generating ‘real’ demand. In China, already the largest producer and consumer of steel, a third of the cycle is still left. But in India, it has just begun.

Of the four major emerging economies — Brazil, Russia, India and China — Mittal can look for fresh growth only in India. “Mittal, through the acquisition of Arcelor, got a dominant position in the Brazilian market and is the biggest steelmaker there,” says the global consultant. But Russia has almost closed doors to outside firms. The steel sector there is dominated by Kremlin-backed companies. “And in China, Mittal has been left shortchanged because of the local regulation that limits foreign investment in a steelmaking capacity to minority shareholding,” he says. ArcelorMittal’s only presence in China is through joint ventures with Hunan Valin and China Oriental.

And India, the most inviting market, is not an easy place to do business. There is a cut-throat competition going on for mines. For instance, all the three top Indian steel firms are locked in a battle with ArcelorMittal for the Chiria mines in Jharkhand. If Mittal wants to make an acquisition in India as a shortcut to creating capacity, the options are few. Again, all the big Indian steel companies are busy looking for acquisitions. The only option for Mittal is younger brother Vinod Mittal’s Ispat Industries. But Mittal hasn’t yet opted for it, perhaps mindful of Ispat’s debts that run into thousands of crores.

Second, India is also a unique market. Here, the demand for infrastructure steel and automobile steel have risen simultaneously, not one after the other as seen in other nations.
It took Mittal’s team five years to learn these lessons. By then, it was clear that the initial plan was not working. The big plants will take too long, the fights will drain the company’s resources and the opportunity loss will be immense. That’s when Mittal said enough is enough and put his two-pronged strategy in motion.

Phase Two
First, Mittal cut short project execution time by slicing the capacities into smaller units. This has shaved off at least 12 months from the deadlines, say Mittal insiders. The company’s chief financial officer and Lakshmi Mittal’s son, Aditya Mittal, has hinted at 2013 as the target for starting production in India. “This route also helps financially as the capital expenditure for the smaller units will be much less than that for the bigger ones. This is important, especially at a time when the company is looking to conserve cash and bring down its debts in its books,” says Anindya Mohinta, the London-based director of mining and steel at Citi Investment Research & Analysis. ArcelorMittal’s debt now stands at $20 billion.

The second part of the strategy is to be present in the downstream segments. A year ago, ArcelorMittal bought a stake in Uttam Galva Steels and has since raised its shareholding to 33.8 percent. This is a first for the world’s largest steel firm. “Mittal usually looks at acquiring high capacity plants to enter a market. It can then build the local business around that capacity. Rarely has it invested in a standalone downstream facility to make a maiden manufacturing presence in a market,” says a former ArcelorMittal veteran and a close associate of Mittal’s.

ArcelorMittal had been supplying raw material to Uttam for some time. Now it is using Uttam’s plant to sharpen its manufacturing skills in the Indian environment. “We have now formed a three-year road map with important milestones for technology understanding. Though Uttam Galva has modern machines, ArcelorMittal has a proven know-how in optimal utilisation,” says a senior Uttam Galva official. Next on the radar is to jointly set up a hot rolled steel mill in Maharashtra, where Uttam Galva already has land.

In January 2009, Mittal joined hands with one of its long-time distribution partners, Dhamm Steel Services, and opened a service centre in Chennai, an auto hub. “So not only is ArcelorMittal, through these service centres, making sure it gets a pie of the growing steel consumption in the Indian market, but it also extends its relationship with the international clients here in India,” says the Mittal old hand.

Mittal’s twin strategy might just work this time, but it is unlikely that London-based billionaire will be playing for small stakes, industry insiders say. “It is a smart move,” one of them says. “There will be more acquisitions and more organic initiatives. India is his main focus now.”

Tweets by @forbes_india
Are India's Rich Giving Enough?
Whole Foods Is A Loose Cannon on Target