After the Asian Tigers, will it be the turn of the African Lions?

Sub-Saharan Africa is likely to remain the second-fastest growing region after Asia in the near future, predicts Sanusi Lamido Sanusi, governor, Central Bank of Nigeria, but “we can catch up with Asia, as the prospect of Africa as the last unexplored territory in the world and the potential of growth remain.”

For this to happen, Sanusi says Africa needs to put in place the right policies, address its infrastructure deficit, and provide the right environment and incentives for businesses and capital to come in. “That includes policy consistency, political stability, the fight against corruption, and improved efficiency in business processes. If we did the same thing that the Asians, such as the Indonesians and the Malaysians, did and if we did it right, we should be able to repeat the experience.” 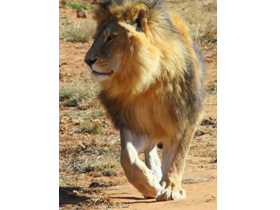 Raadiya Begg, director of INSEAD Africa Initiative, says exciting developments are taking place in Africa. Out of an increasing number of opportunities for investment in a variety of sectors, there is a focus on growth sectors related to development such as healthcare, alternative energy, logistics, finance, agriculture, technology and telecommunications.

“Take wireless telecommunications, for example. Mobile telecommunications has levelled the economic landscape, and led to the rapid growth of mobile banking and internet usage,” says Begg. “Improved access to information has had profound economic impacts such as more highly competitive pricing – farmers, for instance, are now able to access real-time prices of goods to make informed decisions on whether to participate in a trade; increased worker productivity; and business models geared towards the less wealthy segments of the population.”

Another area of development is in venture capital. “The viability of small and medium enterprises (SMEs) is essential to the health of any economy and the frontier markets are no exception,” argues Begg. “It is the growing entrepreneurial companies that create a multiplier effect. It is not possible to create sustainable business with microfinance alone. Due to a virtual absence of capital, an equity base in the capital structure, which is almost non-existent in the developing world, is required. Thus, to achieve real impact on societies, expanding venture capital opportunities is a very practical approach.”

Nigeria - a case in point
Citing developments in his own country, Sanusi says the Nigerian economy is about to move to the next level with power reforms, which will bring about rapid growth in manufacturing and processing, as well as double-digit GDP growth.

In the last six years, the economy has been growing at a rate of seven to eight per cent per annum, mainly on the back of growth in agriculture, wholesale and retail trade, and services.

Chronic power outages have, on the other hand, held back economic growth. “Once we address the power infrastructure problems and put the right policies in place, we can easily get to double-digits,” he told INSEAD Knowledge, on the sidelines of The Economist’s Emerging Markets Summit held here recently.

While Nigeria is the leading oil and gas producer in Africa, oil and gas account for only 11-12 per cent of GDP. So the great potential for growth really comes from agriculture, manufacturing and services, with a lot of room for diversification, says Sanusi. “In the oil and gas and agriculture sectors, there is a lot of upside in processing. This is the country that is the number one producer of cassava in the world. Besides being used for consumption, cassava is now also used as ethanol biofuel feedstock. So there are opportunities for innovation and virgin territories that have not been explored.”Begg concurs: “As Africa’s biggest oil producer, Nigeria boasts tremendous oil resources and business dynamism. However, of greater interest, is the growth in non-oil output, which is increasing steadily -- such as telecommunications. Nigeria has the eighth fastest telecommunications market in the world and the fastest one in Africa. Together with Kenya, they account for roughly half of Sub-Saharan Africa’s total mobile telecoms revenue.”

Nigerian banks have been consistently outperforming their counterparts in South Africa and Ghana over the past two years, Begg told INSEAD Knowledge. Other sectors showing considerable growth potential include the agricultural sector, building and construction, as well as the hotel and restaurant sectors. “This is barely touching the surface of growth potential that Nigeria has to offer. It has even made a mark in the film industry -- Nollywood, the Nigerian film industry, is the third largest, not far behind Hollywood (US) and Bollywood (India).”

Implications for Western competitors
Africa presents unique first-mover advantages for western organisations that recognise serving ‘bottom of the pyramid markets’ as more than just corporate social responsibility, says Begg. New markets in regions such as Africa present companies with opportunities to innovate their value chain. Companies are forced to refocus their strategic growth efforts and change the way they think about doing business, moving towards providing solutions to customers’ needs instead of ‘pushing products’.

To achieve sustainable growth, organisations venturing into markets such as Africa need to have a long-term view of doing business in the region and aim for a triple or at least double bottom line. “It is not a region for quick wins,” says Begg. “Patience and nerves of steel will take you a long way too.”

China-Africa trade
South Africa and Nigeria are now China’s largest African trade partners. The Chinese have traditionally been involved in construction, textiles and light manufacturing, however they have now gone into oil and gas in Nigeria and would also like to get into power and extractive industries, says Sanusi. “While the Chinese have been active in Nigeria, they are at this moment nowhere near being the biggest investor or trading partner of the country, but (China) is increasing its presence.” The country’s biggest trading partner is the US, followed by France.

Some have expressed concerns about China’s investments in Africa. However, Sanusi says he has never understood “why anyone should have concerns about anybody investing anywhere. We need to continue to attract investments but the investments need to be in the real economy. Diversification of investment resources is useful for African countries.”

He says he would be concerned if there were an undue concentration and over-reliance on one partner, but feels that anything that allows capital to come in from different parts of the world on terms that are not detrimental to the long-term economic interest of the country should be encouraged.

Tainted world views?
Think of Africa and many think of a region rife with crime, poverty, poor health, and poor infrastructure. Are these conditions keeping investors away? Sanusi doesn’t think so. In fact he believes these difficulties provide opportunities for people to come in and address these issues.

Poverty only gets alleviated with investments and economic growth, he argues. And if you’ve got a country in a post-conflict situation that has had an economy that’s badly managed, and it suddenly finds good governance, places like Zimbabwe, Angola, Nigeria, Sierra Leone, for example, offer tremendous opportunities for investments as things improve.

“I don’t think the reality of Africa is exactly the same as the perception; a lot of that is exaggerated, probably based on incomplete information,” says Sanusi. “I’ve had many people comment on Africa who’ve never been there. They are making comments based on what they heard many years ago and they have no idea of the amount of changes that have taken place. Go to places like Mozambique, Angola, Botswana, Ghana, Senegal. A lot is happening in terms of governance, democracy, the fight against corruption, reforms. Many people are not aware of the changes in Africa.”

So how do you change perceptions? Sanusi says one way is to continue doing the right things and doing them consistently. Another is to look the world in the eye and say this is simply not true.

With so much going for Africa economically, will it be the turn of the African lions after the Asian tigers? “I hope it will be, and the first lion will be Nigeria,” says Sanusi.