Five practices of the most change-ready leaders 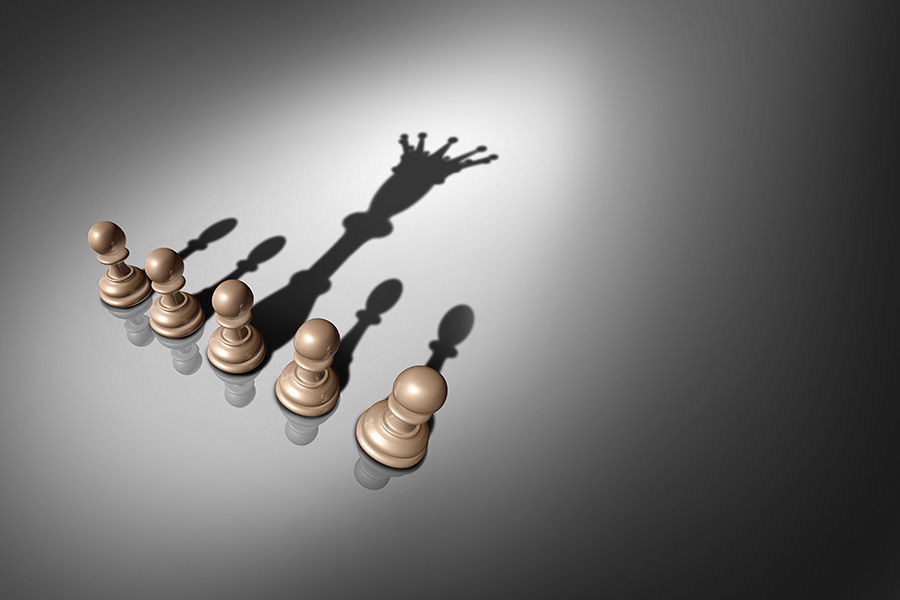 Our book Athletic CEOs: Leadership in Turbulent Times describes effective leaders from emerging markets. In our previous INSEAD Knowledge blog, we discussed the mindset of athletic leaders, specifically their improbable combination of mental toughness and adaptability. Now let’s look at what they do.

We have identified five leadership meta-practices of athletic CEOs. Each of them allows leaders to effectively manage a particular challenge. Within each meta-practice, we found a number of very specific behaviour strategies, which we called leadership practices.

Meta-practice 1: Pragmatic exploration. This meta-practice allows athletic leaders to deal with the challenge of staying ahead of the game in fast-changing environments. Exploration is about continuously pushing the boundaries of personal and organisational expertise, expanding the frontiers of applied knowledge and striving for new discoveries. Athletic leaders make learning and unlearning part of their daily routine and, more importantly, part of their companies’ routine. Their curiosity is insatiable yet pragmatic. General knowledge doesn’t interest them; they want to acquire or generate know-how that adds value. Athletic leaders explore when they are in the office, on holiday, at a business dinner or at a social function.

One of the practices all athletic CEOs excel at is going out, going down and going deep. They continuously scan the environment: They go out. Benchmarking and gathering market intelligence are the two routines that athletic leaders nurture in their organisations. They look out for best practices and new ideas that will enhance performance – just like top athletes. They do not limit themselves to industry benchmarks, but look for knowledge across the spectrum. We found that their companies spend heavily on global consulting in order to gain insights. “We don’t hire consultants for solutions; we hire them for knowledge acquisition. We will find solutions ourselves,” Alexander Dyukov, CEO of Gazprom Neft told us.

At the same time, our protagonists actively explore their organisations at different levels: They go down. After earning a black belt in the Toyota Production System, Herman Gref, Sberbank CEO, made gemba walks (a practice wherein an executive regularly spends time on the front lines) mandatory for every Sberbank manager, including himself. This exercise is less about telling people what to do “than learning from them about challenges and solutions,” says his deputy Alexander Torbakhov.

Athletic leaders also go deep into different aspects of their company’s business. They might pop up unexpectedly in offices, plants and oilfields; servicing customers; immersing themselves in investment projects; and reading emails and suggestions from employees. These activities yield an enormous amount of first-hand data.

Meta-practice 2: Navigating towards a moving target. Under the traditional “command and control” or “carrot and stick” leadership model, leaders chart their organisation’s course by setting long- and short-term goals and incentives, as well as developing annual and five-year budgets. Athletic leaders, however, de-emphasise familiar levers in favour of unorthodox approaches and tools.

Making clothes with room for growth. They set a very high bar and let their followers figure out how to get there. The initial reaction may be shock, but soon the followers accept the target, start thinking about achieving it and then go do it. When Dyukov presented Gazprom Neft’s ten-year strategy in 2010, many executives dismissed it as surreal. But the CEO remained firm and asked for implementation plans. Senior managers started to think it over, ran a series of workshops and soon saw ways to make it happen. Within three years, the strategy had to be updated to raise certain targets.

Furthermore, athletic leaders do not suffer from sunk-cost syndrome. They readily abandon programmes and goals that cannot be achieved or are no longer relevant. Such moving of goalposts creates stress for followers. Yet the leaders consider it necessary for growth and development. Dyukov says, “Stress is useful for a company as it is useful for an individual – a change in scenery. The need to work in new conditions helps develop skills and unite a team.”

‘Both ends’ leadership. Athletic leaders defy traditional management dichotomies such as low cost vs. differentiation, quality vs. volume and innovation vs. discipline. They want both at the same time and get their organisation to pursue both ends of the spectrum.

Meta-practice 3: The slack rope. When mountaineers are engaged in climbing, the most experienced person does not tell other members of the team what to do, but keeps an eye on the rope that connects them, intervening immediately in case of danger.

Vitaly Savelyev, CEO of Aeroflot, told us that he manages by variances: “If I don’t see negative deviation from the norm, I sit still. If something goes wrong, I dive in.” When followers deliver superior results on a continuous basis, they get more autonomy and authority, but the leader keeps watching and, should a problem arise, the rope shortens quickly.

Athletic leaders surround themselves with large groups of executives and extended leadership teams. Gref’s management team at Sberbank consists of almost 250 people, while Dyukov invites 150 executives to the regular meetings of Gazprom Neft’s extended management board. However, the leader-team dynamics in these companies do not follow the popular recipes of inclusive and enabling leadership based on emotional intelligence. Their leaders are demanding captains rather than wise and attentive coaches. Their focus is on the game – the business – rather than on the people they are playing with. They set the goal and invite others to work together to achieve it.

Meta-practice 4: Hogging the limelight. The Russian leadership tradition puts any CEO in a tight spot. On the one hand, in a vertically organised society, the position comes with a lot of power. On the other hand, followers who deify their leaders expect miracles from them. If the magic fails to materialise, employees may not openly challenge the leader’s authority, but could lose interest and withdraw emotional support. This also applies to external stakeholders. Athletic CEOs recognise the challenge of constantly proving their leadership legitimacy and use the meta-practice of hogging the limelight to overcome it. Like top athletes, they enjoy playing to full stadiums and crave the roar of the crowd.

Evangelism. Athletic leaders passionately promote their values, worldviews and specific methods and instruments to various audiences. Some limit themselves to their industries, while others, like Eugene Kaspersky, speak to the country or the whole world. To a large extent, it is thanks to Gref that the Russian business and government communities have discovered such concepts as productive corporate culture, lean technology, gemba and Agile. Athletic leaders strengthen this position by influencing customers, suppliers, the general public and even regulators.

Meta-practice 5: Feeding and milking. The Russian government presents a formidable challenge to business leaders. It is becoming more and more involved in business, but that involvement is also ambiguous in many ways. The government regulates the economy while actively participating in it; it supports business but constrains its freedom. Government officials create and enforce universal rules for all economic actors, but may have private business interests in some of them. For some leaders we interviewed, the government is a majority shareholder, and the Russian president is a key figure who decided their appointment. As one Russian CEO said, “In my country, government is everything – major opportunity, major threat and major uncertainty.”

To work with the government, athletic leaders have developed an equally ambivalent response, which we call feeding and milking. Feeding follows a rational logic of economics: In order to receive something, one needs to contribute. Feeding involves paying the correct corporate taxes, supporting specific projects, drafting legislation, attending important events or providing small favours to some officials. This enables them to milk, i.e. to receive a greater level of autonomy, lucrative contracts or support for regional and international expansion.

One specific practice is displaying loyalty publicly, challenging privately. Athletic leaders in Russia demonstrate loyalty, respect and obedience in their relationships with senior government officials. They use expressions like “I will report back”, “I will execute” and “It will be done”. They play by the rules of a vertically organised Russian government. As Savelyev puts it, “I don’t agree that government is an ineffective shareholder. A lot depends on management. There are some visible examples of effective state-owned companies.”

Yet behind closed doors they fiercely defend their companies’ interests before the most powerful politicians. When the Russian government asked Aeroflot to save the defunct Transaero by acquiring it and assuming its debt, Savelyev firmly refused and negotiated a favourable deal for the company. On a larger scale, athletic leaders lobby to advance industry-wide issues and offer solutions to macroeconomic and fiscal policy problems. But this always happens in private and with the fundamental premise of ‘supporting the government but challenging a specific idea’.

Stanislav Shekshnia is an INSEAD Senior Affiliate Professor and Senior Partner at Ward Howell International. His research concentrates on leadership and governance in emerging markets and organisations.

Veronika Zagieva is a Director at the Talent Equity Institute of Ward Howell. Her research focuses on leadership and corporate governance.

Alexey Ulanovsky is an Associate Professor at the Higher School of Economics, Moscow, and a Consultant at Ward Howell International. He specialises in leadership development and organisational behaviour.

Shekshnia, Zagieva and Ulanovsky are the authors of Athletic CEOs: Leadership in Turbulent Times, published in January 2018.

Tweets by @forbes_india
Suit yourself: How to dress like the boss
Average salary hike in 2018 to remain in single digits