The virtues of unintelligent organisation design

Any structure at all is better than none, as long as it leaves some room to explore

By Julien Clément and Phanish Puranam 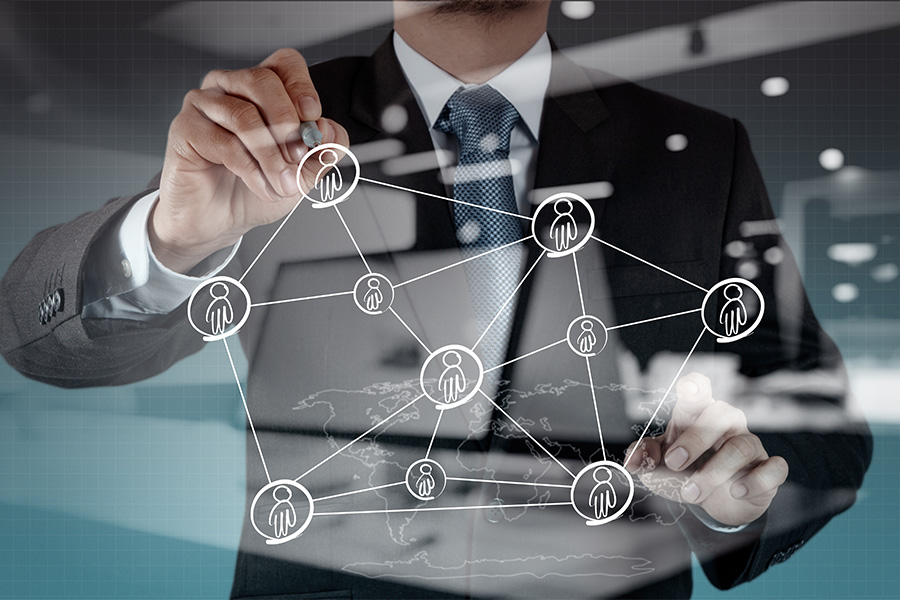 Unplanned, informal interactions are widely thought to compensate for blind spots and bureaucratic inertia embedded in formal structures.
Image: Shutterstock
Every organisation’s formal structure contains a host of assumptions about how, and with whom, members should interact in order to achieve the best organisational outcomes. These assumptions are reflected in the org chart, incentive measures and even the headquarter’s physical layout. In most cases, these are all designed to facilitate collective behaviours deemed productive, while preventing the “wrong” or “less useful” ones.

However, as anyone who has ever worked in an organisation knows, things don’t always go according to plan. And that may be advantageous: Unplanned, informal interactions are widely thought to compensate for blind spots and bureaucratic inertia embedded in formal structures. One might even wonder whether top-down organisation design makes sense at all in today’s unpredictable business climate. Recently, “flat” organisations such as Valve have suggested that dispensing with hierarchy and allowing employees to set their own agendas could be a workable system.

The “top-down or bottom-up” dilemma applies to the design of complex large-scale structures in much the same way as it applies to simple structural choices. Imagine a leader who devises what he or she believes is an ideal seating plan for his project team, only to find that employees are changing seats based on their own preferences and interpretations of what tasks require. The leader must choose between letting the team do as they like or attempting to enforce the seating plan. Which would produce better results: a possibly flawed order or organic chaos?

Our research paper, “Searching for Structure: Formal Organization Design as a Guide to Network Evolution” (forthcoming in Management Science), shows that formal design can be effective without being particularly intelligent. Even a randomly selected formal structure can usefully shape how networks of interaction evolve in an organisation.

Modeling organizations in silico
For the study, we built an agent-based computational model in which the designer selects a formal structure, but the employees adhere only partially to it—they also explore on their own ways to interact with others. Consider first a system in which there is no formal structure. The search for a partner to interact with can produce two types of errors: Two employees may either not work together when they should (an “error of omission”) or work together despite having no benefit in doing so (an “error of commission”). An error of commission can be corrected by employees without any coordination—it only takes one person to realise that the collaboration is fruitless and end the partnership. Errors of omission are much trickier. To start valuable interactions, two employees must first find each other and agree to work together.

Even as companies reach a moderate size, it gets hard for people to find each other and discover whether they might benefit from collaborating. We found that without formal structure, as social networks solidify over time, employees will initiate fewer and fewer new interactions, reducing considerably the risk of commission errors. As a consequence, however, they are likely to make a higher number of omission errors. Beneficial interactions will increasingly fail to take place.

Formal structures—even when they are entirely random—force employees to keep up the rate of interaction as social networks mature. That is, by encouraging certain people to interact with each other, formal structures make them “test the hypothesis” that they might have something to gain in working together. This increases the likelihood that employees will continue to find valuable interaction patterns. To put it another way, formal structures tip the balance in favour of more easily rectified errors (i.e., they generate commission errors instead of omission errors). Most importantly, this benefit of formal structure accrues even when the designer has no better than a random chance at getting the structure right, as long as the structure is only mildly enforced. Even when managers have no clue which employees should interact with whom, it can still be valuable to encourage some employees to work together as long as they are free to stop doing so if they don’t find it valuable.

Implications for practitioners
Our conclusion that even a lightly enforced, completely random structure is better than none has relevance for companies in innovative fields such as tech, where optimal task architectures are often elusive. Managers should aim for balance between the formal “seating plan” (or any other formal structure) and employees’ natural tendency to search for more value-producing collaborations. Enforcing some formal structure in a flexible way is valuable, even when the formal structure is very unlikely to be optimal.

But what about more stable industries, where managers can be confident that they know the right structure? Paradoxically, our study suggests that organisations in those settings can also benefit from a lightly enforced formal structure. But this is for a different reason: As long as employees have incentives to contribute to the organisation’s success, they are likely to eventually follow formal structures that help them do so even if those structures aren’t strongly enforced. When structures are tried-and-tested, there is little value in deploying a battery of org charts, seating plans and meeting schedules to make employees stick to them.

Formal structure lives on
For years, professionals have been told that the conventional organisation is about to be replaced by tele-work, structure-free organisations and the “virtual workplace”. Yet even the most cutting-edge companies continue to invest in physical spaces, org charts, and other devices that structure employee interactions. Our findings give some indication as to why this might still be sensible. The planned interactions facilitated by a formal structure can guide how social networks evolve, even when the structures themselves are not based on any superior insight about who should interact with whom.

Julien Clément is a PhD candidate in INSEAD’s Strategy department. He studies formal organisation design, informal social structure and the interplay between the two.

Phanish Puranam is the Roland Berger Chair Professor of Strategy & Organisation Design at INSEAD. He is also the Academic Director of INSEAD’s PhD Programme.

Tweets by @forbes_india
SBI cuts interest rates for most of its savings accounts deposit customers
One Belt, One Road, but not all onboard