Luis Miranda: Back the Team that Can Take Bold Calls 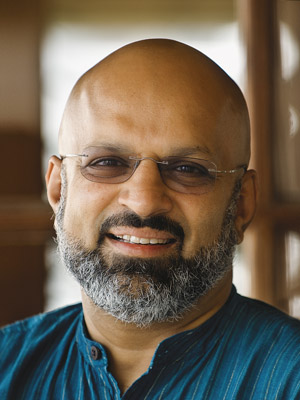 Luis Miranda
Profile: Former Chairman, IDFC PE
Career: In 2002, he set up IDFC PE and in 2010 he stepped down as president & CEO. He was earlier a partner at ChrysCapital. Prior to that, he was a key member of the startup team at HDFC Bank
Education: MBA from the Booth School of Business, University of Chicago; a member of the Institute of Chartered Accountants of India
Interests: Involved with a few not-for-profit education initiatives

One of the key challenges of private equity (PE) in India is the lack of authentic performance data. Every fund claims it is in the top quartile, but from anecdotal evidence, it is safe to say that PE as an industry, has not outperformed the index. But there is a large diversity in performance: Some managers have significantly outperformed the market; and many will struggle raising their next fund.

Many Indian managers have told their investors that the valuations in India are high. Valuations in India have never been low. If you are getting a low valuation in a deal then you have to worry about the quality of the promoter. Today, markets are way off their peak, and I think this is a great time to invest in private equity. If PE fund managers go out and find good promoters to back, the future can be very bright.

Most PE funds investing in India raise most of their money overseas. But many of the overseas investors have lost a lot of money after 2008. They are sitting on the fence and not allocating fresh capital. Hence, Indian investors have a great chance to invest in fund managers that would have normally not approached them at all.

But a lot of PE fund managers raise money through intermediaries whose main objectives are the fee. Hence, no proper analysis is being done while selling these funds to investors. Investors need to realise that PE investments are illiquid.

It is important, therefore, to look at the team. How long have they known each other? What is their track record? What are their skill sets? Is the team adequately incentivised? In PE, you may not see any returns coming in the initial three to four years. So it is important to have a team that will stay together.

Today, I see managers wanting to raise large funds. The problem is that they take longer to deploy the funds and carry (PE manager’s share of profits) comes to them much later. If the managers know they will receive carry only after five to seven years and realise along the way that they made some bad investments, they will walk. So, in the Indian context, look at investing in smaller PE funds — this team will not get fat on management fee and will stay focussed on performance of their portfolio because they have to keep going back to investors for subsequent funds. This aligns the fund manager’s interest with that of the investor.

Next, look at the investing style. Are these guys capable of taking long calls or are they ‘flavour of the month’ investment managers? Many fund managers will claim that they have proprietary deal access. Actually, very few do because most of the deals come through investment bankers.

A lot of funds will also showcase, as a part of their team, operating managers who have had experience in running businesses. I believe that if these funds are going to invest largely in minority positions, then operating specialists have a limited role. Managers invest in these businesses because of the experience of the promoters. Trying to continuously tell them what to do only muddies the relationship.

Another decision investors have to take is whether to invest in a general purpose or sector-focussed fund. Not a very relevant parameter: All you need is a good team that knows how to back the right entrepreneur and knows how to be patient.

Tweets by @forbes_india
Two Themes For 2012: Stock Picks
Can Venture Capital Save The World?