A depreciating currency can give a competitive edge but, in isolation, it will not lead to the fortunes or misfortunes of a company 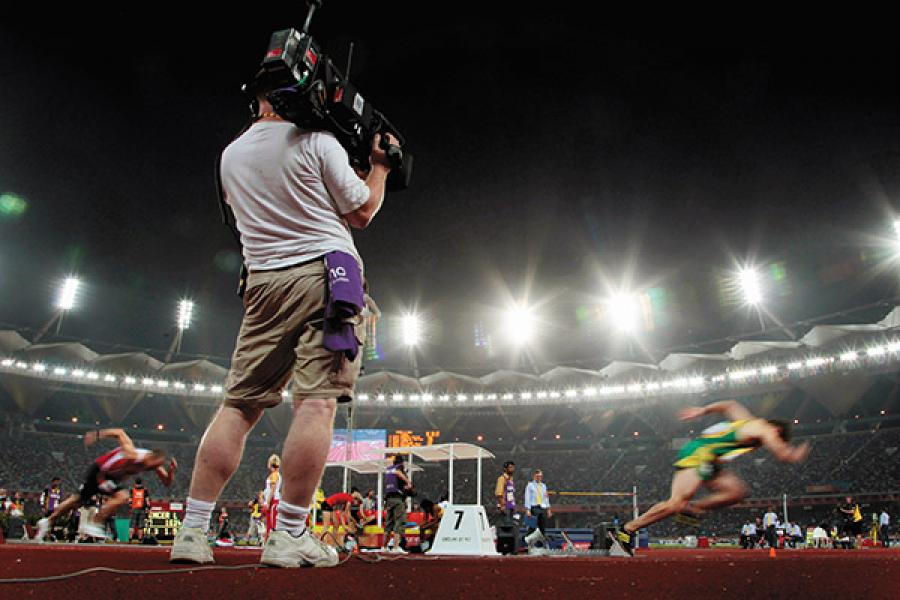 While there is a reasonable amount of optimism going into the general elections in 2014, we tend to believe that progress will be slow. Reason: Significant change is required for the environment to kick-start again. For the last three years, there has been no relevant framework for business to participate in profits; also, several industries have surplus capacity and the pricing power has been weak. Once there is some visibility of improved demand and capacities getting utilised, capex will return to the economy. This needs a big shift in policy, which may not happen in the first year post-elections. Till then, growth in the environment will only be incremental.

Last year we saw pharma and IT give some spectacular returns. Given a weak internal economy and a weak currency, companies in these sectors became the top holdings in many portfolios. Also, many of these businesses continued to display robust executions in the global environment. A depreciating currency can give a competitive edge, but we believe that, in isolation, it will not lead to the fortunes or misfortunes of a company—it needs to build on this environment and create a dominant share for itself in its segment. It is important to see that the business itself is growing at a fast rate. Only then will the currency play work for you.

Look at some of the best pharma companies that have done well in India. They have got the market capitalisation because they had a product to sell in the international markets. They were never dependent on rupee depreciation. What is important is the scalability of the business model. If the external environment gives you an advantage, then you have to make sure that it has a long standing impact on profit. That way, we can hold on to these companies irrespective of the rupee movement.

Indian companies were always in the pricing position but they could never scale the size of the opportunity. 2014 could give these companies the ability to do just that and I think that is what the year is going to be about.

Most of the mid-cap companies operate on this parameter: That should there be demand, they will figure out a way to meet it, but when the environment is not favourable then they will require time.

The focus in the coming months would still be on export-dominated companies and while IT and pharma would remain core to many portfolios, more manufacturing and service firms would venture outside to capture their fair share of the growth. However, we don’t want to look at them only as currency plays.

The domestic environment is slightly more challenging. Surplus capacities and absence of pricing abound in many industries. Where pricing exists, the scale remains absent. Take, for example, the lenders specific to the CV segment. There was no headline growth as there was no lending growth. If you try and stimulate growth, you will end up with higher delinquencies given that new borrowers may not be as disciplined as old customers. This is a cyclical downside that has impacted industry and affected the entire value chain. 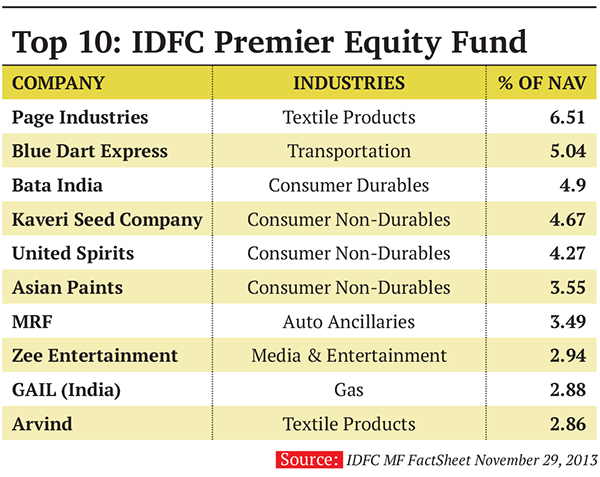 As investors, we should be willing to ride with the company through a cyclical downside if we believe the industry will provide returns and that the company has consolidated its market share in the business. For instance, one of our larger holdings is a truck financier. It has been one of our top holdings for a long time. Percentage-wise it has come down but that is because the size of our fund has increased and the stock price has not done much.

When it was first written about, it was in our top five; now it is in the top 15. In that time, the portfolio size has gone up by 50 percent and this stock is down by about 25 percent. That explains the slip in the ranking. But we have always believed in the company’s execution. It has not lost market share or the ability to garner it if the business revives.

If we believe that the cycle is close to hitting its trough, I can’t see a reason why some of these companies cannot turn.

Many people will say that those in auto finance or, for that matter, banking or any NBFC are affected because of higher interest rates. We look at it slightly differently. If the company can pass on the pricing to the end customer, high interest rates should ideally not be a problem. That is exactly what good companies are able to do.

Consumer non-durables has been a dominant holding for the fund. We look for companies with single products that have strong franchises and are in a position to dominate the business in terms of pricing power. Over the last three years, they have gained market shares despite the environment not being particularly healthy. The balance sheets have not deteriorated—there has been no accumulation of debt or increase in working capital. And they are expanding capacities.

Over a two-three year period, these companies don’t look expensive and will continue to maintain their dominance. Again, the opportunity size for these companies tends to be large. With 17 percent of the world population residing in India, they are catering to some growing need. And with such major market shares, you can’t ignore companies that have execution on their side. We are comfortable holding these companies even if there is no return for one year in terms of stock prices. We would like to see the earnings catch up with the price.

Currently we are also adding media to our portfolio. We have been holding one large broadcaster for three years now. If I had to put the broadcasting business in perspective, it is fairly consolidated with four large players.

Cumulatively, the valuation of these companies who run successful general entertainment channels (listed and non-listed) will have a combined Rs 80,000 crore market capitalisation if I were to include the two non-listed companies in this space.

If we need to complete the value chain of the industry for it to exist, it needs to be ably supported by distribution (DTH and cable) and content creation. These two segments have no market capitalisation and their profitability has been non-existent. In its desire to expand reach, the distribution business has been on a capex drive. But we see that ebbing.

Many companies have refrained from un-remunerative pricing and the penetration of the market is almost complete.

It would be interesting to see how the leaders in the business execute in this environment. We believe that you can’t create a Rs 80,000-crore industry (broadcasting) and keep it alive without the distribution business gaining from it.

(As told to Pravin Palande and Samar Srivastava)

(This story appears in the 24 January, 2014 issue of Forbes India. You can buy our tablet version from Magzter.com. To visit our Archives, click here.)