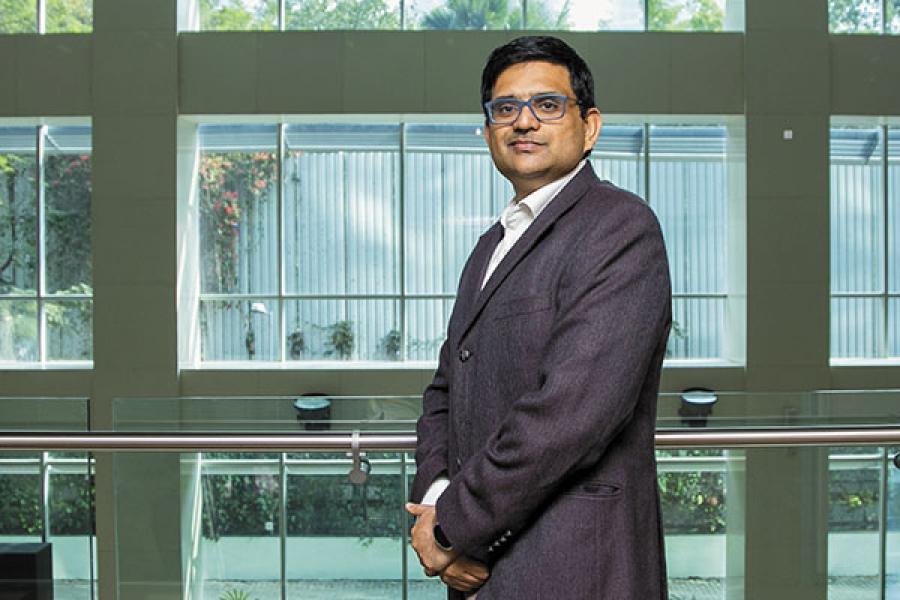 Sivakumar, head-fixed income at Axis Mutual Fund, manages over Rs 23,000 crore in debt assets. According to him, there is much to be gained from fixed-income assets like bonds at a time when global equity markets are in a free fall. Over the last year, fixed income has fared much better than equities, says Sivakumar, emphasising that the performance will be repeated in 2016 too. Excerpts from an interview:

Q. Last year was not exactly a great year for bonds. How do you look back at 2015?
Calendar year 2015 was very bad for long-duration bonds. But at the same time, it was very good for bond managers. Let me put it this way. Imagine that we were having a similar conversation last year in mid-January, and I tell you that the Reserve Bank of India [RBI] will cut rates by 125 basis points (bps) in 2015: You would have probably laughed. The expectation of the day was that there would be some rate cut but not so huge. RBI surprised the market with a larger cut.

Now, same time, last year, I give you another proposition: The RBI will cut interest rates by 125 basis points but bond yields will still stay high. How will you respond to that? And that is what happened. The RBI has been cutting rates but bond yields did not fall.

Q. But how is that possible?
It does seem a little absurd. But it happened in 2009. They were cutting rates till March of that year but bond yields moved from 5 percent to 7 percent. The markets were quite right that the RBI was too aggressive in cutting rates, so they did not respond. But those were extraordinary events.

Now look at 2015. We need to understand why RBI has been so comfortable cutting rates and why markets diverged from the central bank’s view. There were two big drivers. First, inflation was below their indicative trajectory. The target for early 2015 was 8 percent and the actual number worked out to 6 percent. The target for the current year was 6 percent but the actual number is way below. The current number includes substantial increase in indirect taxes.

Second, the rupee is too strong. We tend to look at the rupee-dollar exchange rate and say that the rupee has depreciated.

America is a customer market and not a competitor market. The competitors are Indonesia, Brazil or other emerging markets that are supplying goods to the US. You have to compare the exchange rates with these other countries which could punish or affect exports. If you do that, you will realise that the rupee is very strong. Those countries have seen their currencies depreciate substantially.

On a trade-weighted basis, the rupee has moved up by 6 percent two years in a row. By cutting rates, RBI is signalling that it would be comfortable with some rupee depreciation.

The central bank worked hard earlier to strengthen the rupee but now the business cycle is weak. We need lower rates when business cycles are weak. There is no way GDP is growing at 7.5 percent. We will grow significantly lower than that. At where we are today, we need to have lower real rates. And that is another reason why RBI cut interest rates.

Q. There has been a divergence between rate cuts and bond yields for some time.
In September 2014, the 10-year G-sec was at 8.5 percent and by January 2015, before the rate cut started, it moved to 7.75 percent. You could argue that around 50-75 bps of the rate cuts were already priced in. But that still leaves 50-75 bps that have not been priced in.

From the start of the year, there was a divergence between the rate cuts and bond yields. The overnight call was 8 percent and the 10-year yield was 7.75 percent. So we had an inverted yield curve where short-term interest rates were higher than long-term interest rates. Over the last two years, we have seen multiple inversions. This happens because markets react to situations before they actually occur.

Q. How do you look at China and the US?
China is slowing much faster than most people anticipated and the US [Federal Reserve] has increased rates at the same time. Sentiments are affected. The China factor is interesting because the country has a huge impact on global emerging market flows. It is not just about India. When foreign investors invest, first they do it in emerging markets and then some part goes into India.

The US is slightly different. The US story could well be overblown and we have no evidence to say that the US rate cycle has any impact on India.

The overall investment pool is shrinking—equities as well as fixed income—when you look at FII investments. Within emerging markets, India is getting a higher share of investments, especially in bonds. But FIIs are close to their upper limit when it comes to investing in fixed income in India.

Q. So you will get better returns in bonds this year?
It has already happened. Not just over a year. Bonds have outperformed equities even on a five-year timeline. On a ten-year timeline equities are better. But the difference is not huge: The markets gave 11 percent while bonds returned 8 percent. Even for 15 and 20 years, equities and bonds are neck-and-neck.

Over the long term, bonds and equities give equal returns. But we always think that equities have outperformed. When you look at total market returns, where you add back dividends, you will add one percent more to equities. Returns of all asset classes have to basically converge. But what happens in equities is that there is a huge failure rate which doesn’t get captured in data on returns. We typically look at index returns in equities where the companies that fail are not captured. The outperformance will happen over a shorter period of time. Over the medium term, beyond five years, you need to run diversified portfolios.

Q. How do you look at balanced funds?
It is an interesting asset class. They largely replicate equity performance. But even if you were running a 50:50 portfolio in India, you would get 80 percent returns on equities with 40 percent of the risk.

If equities and bonds give you the same returns over the long term, then your average returns will be similar but risks will be lower in a balanced fund. I think the story is in asset allocation. Most investors are investing for retirement; they are not interested in short-term returns.

Q. What about gold?
Gold looks interesting. It is not a classic asset class as it doesn’t have cash flows. What we need to understand is that it is a good risk manager. Even when the rupee was depreciating in 2009, gold was a good hedge. Later on, the rally continued in gold because global assets were not performing. Gold is a good asset in the portfolio from a risk hedge point of view. Don’t look at gold from an alpha perspective.

We do have the Triple Advantage Fund where we invest almost equal amounts in equities, fixed income and gold. In 2013, when both fixed income and equities did not perform, gold did. We believe that at any given point in time, of the three, two asset classes should work for you. Not all three will work together. You have to be seriously unlucky to lose money if you are invested in these three asset classes equally.

Q. How does one look at a bond fund now?
We expect more rate cuts to come through. As this happens, we do expect that bond prices will rise. Over the next couple of years, bonds should do well. Whether you look at corporate bonds or G-secs, yields have not moved for a year. If you want less volatility, then buy a short-term fund. Purely on a risk-adjusted basis, the short-term space is very attractive.

Q. And what should you avoid?
We are avoiding lower-rated paper. I don’t think the credit-cycle story is over. The classic credit ratio—the number of upgrades to downgrades—has seen more upgrades than downgrades in the last year. But the debt-weighted credit ratio is more telling. So while some large companies have stayed debt-ridden, smaller companies are getting upgraded.