Regulatory measures could help attract hedgers back into the fold, add depth and meaning to market 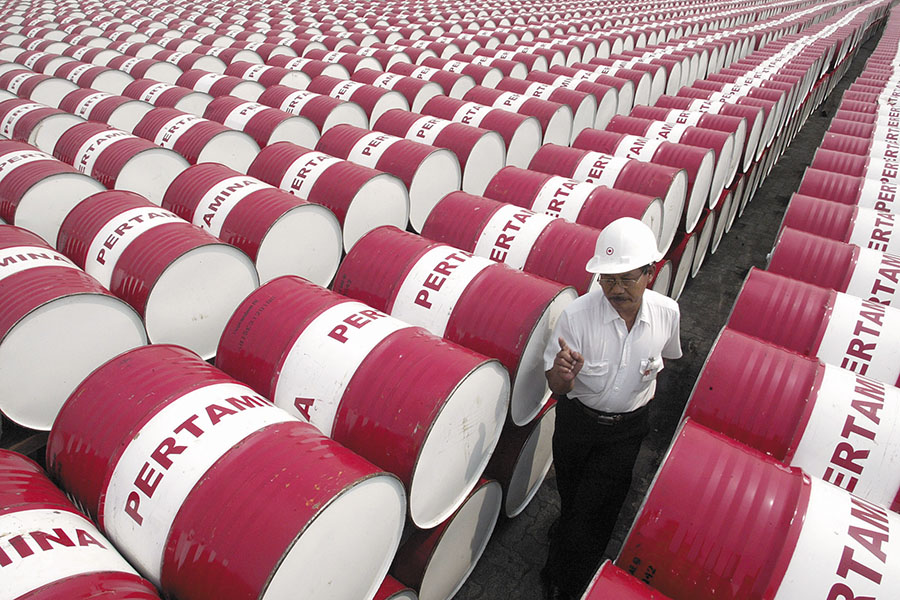 Commodities saw a stupendous rise last year. While oil shot up by 80 percent, zinc rose by over 87 percent
Image: Reuters

Commodities have caught the eye of investors again with some registering a stupendous rise last year. Zinc rose by over 87 percent in one year, while oil and copper shot up by 80 and 33 percent respectively. Gold increased by 8.85 percent. For investors, while an ongoing uptrend is a morale booster (and certainly, last year’s performance does tick that box), they may, however, require more indicators to be genuinely interested in the commodities spectrum, especially with trading volumes dwindling as a fallout of demonetisation. So, before someone considers the investment prospects of commodities, they would look at two things: First, the attractiveness of other assets, and second, the trading and regulatory environment.

Most of the stellar performances of commodities in the last one year have come on the back of steep falls in the previous years, exaggerating the present rise. This would mean that the 20 percent gain achieved by Nasdaq and DAX or the 12 percent gain of Sensex does not pale much in comparison considering the run-up in the previous years. In fact, Dow recently hit the psychological mark of 20,000, suggesting that the Trump rally has legs. This comparison is important as equity continues to remain a favourite asset class for a majority of investors.

But it is not only equities that have threatened to take the wind out of commodities’ sails. For example, while measures by the government to curb fiscal deficit reduced gold imports, gold sovereign bonds gave additional reasons to look away from physical gold or gold futures. The rising appeal of debt and bond markets has meant that commodities as an asset class have been posed a genuine threat, especially during a period when investors have been generally risk-averse. But things may be changing.

In the US, the new government has already kindled expectations of fiscal expansion, which have not only sparked equity market rallies, but also whetted the appetite for commodities. Further, with this, the expectation of higher inflation and higher interest rates in the US has also gone up, which foretells a bear market in bonds. Meanwhile, in India, fiscal deficit and inflation are under control, giving room for further rate cuts, but demonetisation has left banks flush with funds. This means it is not as much a question of cost of funds as it is of a demand offtake, suggesting that the central bank may not be overly enthusiastic in easing rates much. We have also seen property registrations falling post-demonetisation, and it is fair to assume that funds diverted from non-essential property purchases could get diverted to equities or commodities. Lastly, recent economic data shows that growth had been slowing down even before demonetisation was rolled out. Even without incorporating the impact of demonetisation, the Reserve Bank of India had lowered the GDP to 7.1 percent from 7.6 percent. This could suggest that equities could at best see a slow and acute angled rise rather than vertical.

The second angle is that of confidence in participation, especially in the backdrop of the National Spot Exchange Limited fiasco. In addition, while global commodities have suffered from higher transaction costs due to the imposition of the Commodity Transaction Tax, agricultural futures have been upset by the abrupt suspension of a few contracts. The merger of the Securities and Exchange Board of India (Sebi) and the Forward Markets Commission seeks to iron out the regulatory inefficiencies and could help in attracting the hedgers back into the fold. So, along with a single regulator, we will also move towards better price dissemination, movement of goods and a unified market, with the rollout of GST and increase in digitisation.

Sebi has also sought to amend the Securities Exchange and Clearing Corporation to clear ambiguities and a discussion paper inviting comments on settlement and pricing of options, too, has been issued. The plan to introduce options in commodities has invited criticism over fears that participants may not fully understand the product. This is not without truth. In fact, even though equity markets have seen option volumes soaring, the main attraction of the instrument has been the low investment required and the common investors are usually buyers employing a single-legged approach, suggesting it is normally speculative interest rather than hedging or thematic interest that constitute the chunk of equity option volumes.

However, herein lies the opportunity for options in commodities. The seasonality of commodities and the directional nature of price moves will ensure that the investors’ views are more intelligent and less speculative. And this could augur well for the hedgers. And, of course, commodity options will have the second mover advantage as it can attract a section of traders who are well versed in equity options, which would mean that commodity options may not require as much time as equity options to mature. Yet another consideration is the settlement logic being mooted, which would see options being devolved into futures at expiry rather than cash settled. In a way, this could ensure that the spot, futures and options would be more integrated and the incidents of huge divergences across instruments will be fewer. Allowing options could also be a sign that it won’t be long before we see mutual funds and FPIs in the commodities market.

While all the aforementioned aspects are vital, none of them will make much sense from an investment point of view if a price appreciation is not expected. US President Donald Trump’s campaign pledge to revive the nation’s economy may be considered as the fuel for the industrial commodities’ rally but a lot of it has to do with supply bottlenecks as well. For example, oil is now riding on the wave of the Organisation of the Petroleum Exporting Countries’ production cut and is poised to settle into a higher range, of $60 to $75 a barrel. Copper is also supported by low warehouse stocks, mine disruptions and a projected delay in new mine supply hitting the market, suggesting that 3-month LME copper has set eyes on the 6,500 to 6,800 mark. Other base metals should follow suit though nickel may lag on ample supply.

A risk to upsides in these dollar-denominated currencies is the dollar itself, which is expected to continue its ongoing rally on the back of rate hike expectations, as the Federal Open Market Committee is likely to move rates two to three times this year. The rising dollar could also take away gold’s glitter, which has, over the past few years, been plagued by the multi-pronged approach taken by India. At present, its value as an alternate currency, as an inflation hedge or as a store of wealth appears threatened. Physical demand looks a bit crippled, owing to uncertainties over gold, but with import restrictions poised to see a revisit and with the rupee poised for 70 and beyond, short but sharp up-moves may not be surprising. Super El Nino, which has been responsible for higher global temperatures and climatic variations in India, is expected to be weak this year and hence a price rise in agri commodities on the basis of weather extremes is unlikely though the shortage of sugar may be expected to extend through this crop year as well. The rabi crop sowing is understood to be less affected by demonetisation than previously thought and is above previous year’s sowing by around 7 percent. Natural rubber has seen recent upsides helped by oil’s rally, as well as floods in Thailand, but the continuation of the same vests in the pace of recovery from the global slump in economic growth.

Lastly, the potential for disruptive policies to usher in commodity demand should be weighed in. We have seen that in China; the US has announced several ambitious projects, and post India’s bold step of demonetisation, and GST, it will only be fair to expect the unexpected.