Moneyed individuals are jumping onto the startup bandwagon 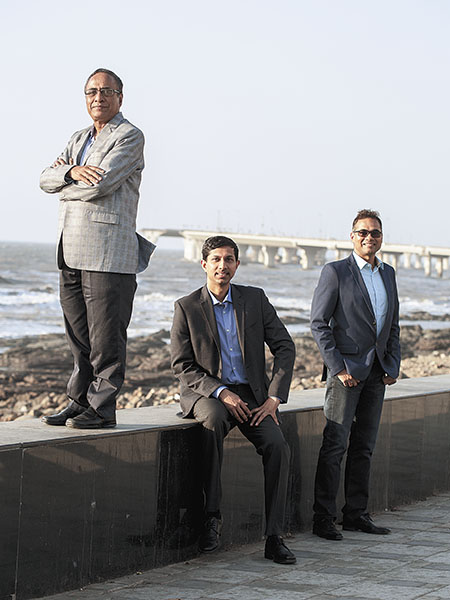 
Imagine investing Rs 10 lakh in Paytm back in 2010. Vijay Shekhar Sharma’s then freshly-launched service merely offered mobile phone recharges. It was only a few years later that he started the digital wallet—a service that has seen a mega-boost in business since the government announced the demonetisation of high-value notes in November. Today, that Rs 10 lakh would be worth around Rs 2 crore.

As lucrative as this may be, startup investing is in equal measure risky. What if you had, instead, invested Rs 10 lakh in Flipkart? Sure, you would have seen outsized returns had you exited when the ecommerce player’s valuation peaked at $15.5 billion in 2015. But it has since lost almost 65 percent of its value, having been marked down by various investors. Or, say, you had put your money in a startup that later folded up, like PepperTap, an on-demand grocery service? You’d have lost every penny.

“Startups are seen as opportunistic investments,” says Vrinda Mahadevia, who was part of the private wealth management team at the erstwhile DSP Merrill Lynch. According to her, since the global financial meltdown of 2008, traditional asset classes like debt, equity and real estate have given “sub-optimal” returns. Simultaneously, the startup space has been abuzz with activity. “People are excited about startups and want to know more,” she says.

Data mined by Nasscom corroborates: There are about 350 active angel investors in India today, a figure that has been growing by a significant 20 percent year-on-year. Alongside marquee investors like Google India chief Rajan Anandan, serial entrepreneur K Ganesh or former Infosys CFO TV Mohandas Pai, India is increasingly seeing less famous but moneyed individuals jump onto the startup bandwagon. This is the HNI (high networth individual) class.

But given the riskiness of it all, is the excitement warranted? “Angel investing is risky because the investment is illiquid and there’s no RoI [Return on Investment] visibility. But it’s great fun,” quips Anand Ladsariya, a first-generation entrepreneur who set up Everest Flavours, a manufacturer of menthol and essential oils, in 1983. Since 2007, he has invested in over 90 startups across various verticals.

“Ritesh Agarwal sat on the same chair as you are sitting on,” he tells Forbes India during an interview. “If you invest in a listed company, you never get to interact so closely with the founders,” adds Ladsariya, recalling his early investment in Agarwal’s OYO Rooms—the hotel aggregating platform that was valued at $460 million last August. Ladsariya exited his OYO investment last year, but didn’t let in on the returns.

Passion aside, Ladsariya says he sets aside only 5 percent of his funds to invest in startups. “Angel investing is not for everyone. You should be able to write a cheque and forget about it,” he says. Mahadevia also notes that her clients with an investable surplus of Rs 75-100 crore have shown an interest in this space, and her advice to them is to invest only 3-5 percent of their kitty.

Ladsariya invests an average of Rs 10-12 lakh in startups, based on the strength of the founding team, the viability of the idea and the market opportunity. An average holding period of 2-3 years —“sometimes longer, if the company is good”—has fetched him returns varying from 10x to 250x. But he’s had his share of disappointments too. According to him, 20 percent of startups go belly up, 20 percent turn out to be “superstars”, while the remaining 60 percent chug along somewhere in the middle. “The challenge is to convert those into superstars,” he says, adding that a portfolio approach to startup investing is the best way to mitigate risk.

He also advocates the syndicate approach, where a group of like-minded individuals get together to fund a startup. “It further reduces individual risk,” he says. As a member of the Mumbai Angel Network and the Indian Angel Network, Ladsariya is able to connect with other investors, keep track of what’s happening in the entrepreneurial ecosystem, as well as gain access to promising deals. Entrepreneurs approach him directly, too, to pitch ideas and raise funds. Ladsariya is hands-on with about seven to 10 startups in his portfolio, and, as a self-described “old-economy guy”, believes this helps him stay connected to the new economy.

Ditto for new-age entrepreneur Ashwin Damera. Angel investing helps him keep abreast of technological changes, he says. After selling TravelGuru, his online hotel booking platform, in 2009, Damera set up the Emeritus Institute of Management, a portal that has partnered with top business schools to offer digital diplomas. While most angels at the seed stage invest about Rs 10-30 lakh, Damera bets much higher: He has put in between Rs 50 lakh and Rs 1 crore each, in five startups, operating in sectors ranging from childcare to digital media. 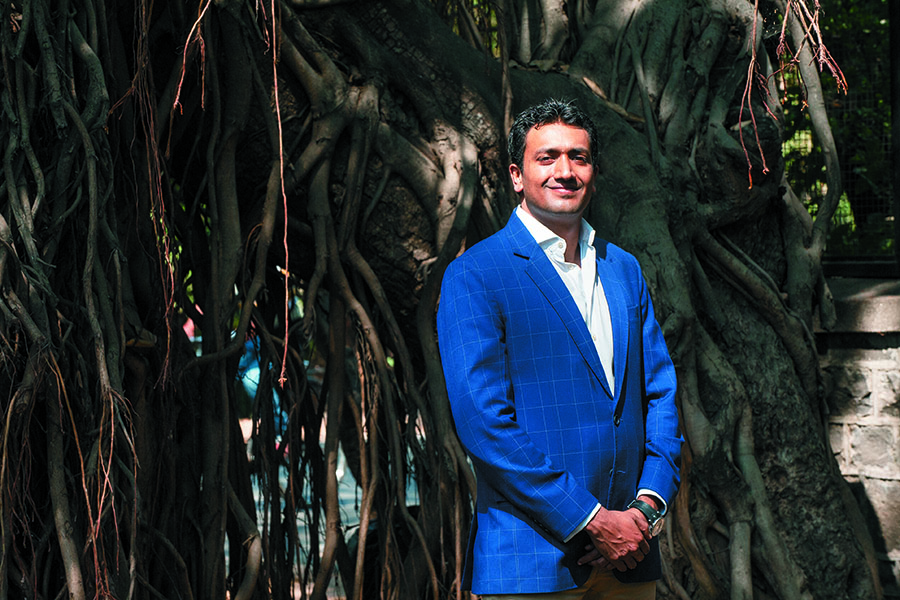 Ankit Agarwal, the Sterlite Technologies scion who has set up a Rs 100 crore fund to invest in startups
Image: Vikas Khot

So what makes him bet so big, so early on? “I like to be the first guy in,” he grins, explaining that the later you come in, the lesser is the upside. More importantly, Damera makes sure that he knows the entrepreneur on a personal level. “My bet is on the entrepreneur. He has to have the right experience, and he has to be someone I know personally, or someone from my own network,” he says. He doesn’t so much look at the business because it’s usually a mere plan on paper when he steps in. More often than not, those plans change and businesses pivot, he points out, which is “not a bad thing at all” as long as he’s confident that the entrepreneur is someone who will find a way out. “I can’t invest in someone who I think will put his hands up and say ‘I’m done’,” he says.

Of the five startups Damera has backed, he has exited two. And “done pretty well”, he says, without letting in on the returns reaped. Among them was Qubecell, a Mumbai-based mobile billing aggregator that was acquired by US-based payments company Boku Inc in 2013. Damera plays the role of a “sounding board” to the founders of his portfolio companies. “With Rajan [Reddy of Qubecell], we discussed whether it was the right time to exit or not. It helps to bounce off your concerns and just get another point of view,” he says. It also helps that Damera has walked the same path and understands the dilemmas of a founder.

For others like Rajesh Sehgal, angel investing “was a forced thing” that has now turned into a passion. As former senior executive director at Franklin Templeton, Sehgal managed his clients’ investments in listed and unlisted companies across emerging markets. For compliance reasons, he had to steer clear of personal investments in certain stocks. “So I started looking at other asset classes,” he says. A chance meeting with Sasha Mirchandani of Kae Capital got him excited about angel investing. “It was 2006-07, startups were not that popular, and so we got to cherry pick our investments. It was easy to get good deals,” he reminisces.

In those early days, Sehgal invested as part of a consortium to lower his individual risk. Today, he makes individual bets of Rs 50 lakh to Rs 1 crore, on average, for a 10-20 percent stake. He continues to be a keen member of the Mumbai Angel Network, through which he has been involved in seed investments of up to Rs 3 crore as part of a group.

He has made 24 investments so far, exited a handful and seen returns ranging from “zero to 10x”. Bengaluru-based missed call marketing startup ZipDial, which was acquired by Twitter in 2015, Mumbai-based online medical store Wellness Forever and Edupristine, an online and classroom-based training provider for the financial sector, which was later snapped up by US-listed educational group DeVry, are his more memorable buys. “There’s a difference between an HNI investor and an angel investor. It’s easy for an HNI to cut a Rs 20 lakh or Rs 30 lakh cheque. But to really add value, you need to invest not just your money, but also your time and effort,” he says, adding that he assesses an entrepreneur’s ability to execute and a “large enough” market opportunity, when screening potential portfolio companies.

Sehgal recently quit his job at Franklin Templeton and has set up a $20-30 million fund to pursue angel investing full-time. He believes that such professionally-run funds will help make angel investing less risky and, therefore, more mainstream. HNIs who are excited about the startup space but don’t quite understand it can back such funds, he says. In fact, Mahadevia notes that, increasingly, wealthy families are setting up ‘family funds’ run by professionals to help them scout for worthy investment opportunities.

Take the case of Ankit Agarwal, scion to Sterlite Technologies. He recently set up a professionally managed Rs 100 crore fund to invest in startups that can add value to the infrastructure technology company’s core business. “We’re convinced that the best ideas won’t necessarily come from us,” he says. Their fund is currently evaluating startups that offer smart city solutions like smart lighting and vehicle tracking, given Sterlite’s role in building such solutions for Gandhinagar—India’s first smart city. “We’re not looking at private equity type of exits. We’re looking to integrate these companies into Sterlite. It’s a win-win for both.”

Clearly, angels tread where others don’t. And, in the end, help entrepreneurship win.