Films are the heart; not a business for us: Dharma's Apoorva Mehta

Dharma Productions's CEO on why movies are 'first love', and the company's imminent foray into the OTT space 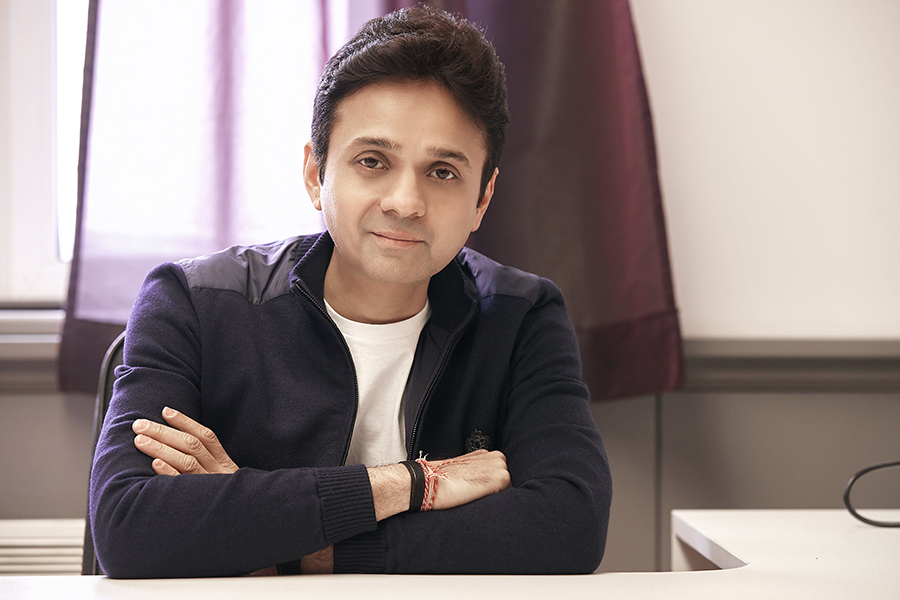 Apoorva Mehta, 45, took charge as CEO of Dharma Productions in 2005. His childhood friend and Bollywood director Karan Johar had asked him to assume the role following the demise of his father, Yash Johar, who had founded the company in 1976. Mehta, an MBA from Cass Business School in London, was looking after the finances of Yash Raj Films’s newly-set-up office in the UK then. He returned to India to helm an organisation of just 15 people; today it has a staff strength of 120-plus. As Dharma gears up for six big releases next year, including Kesari, Kalank, Student of the Year 2 and Brahamastra, Mehta speaks to Forbes India about his learnings on the job, the evolving business of films and the company’s future plans. Excerpts:
What changes did you bring about as CEO?
I think I brought a lot of structure in the company. I was able to define each employee’s role and groom them to do more. It’s educating this entire team that is working with you… that’s been a heartening victory in that sense.

What has been your biggest learning?
It has been that you don’t know the audience; it is smarter and evolving at a far rapid pace than you are. The business is so dynamic that there is no moment to breathe. You have got to explore ways to make every project interesting. You don’t have second chances.

What are Dharma’s plans for the future?
Movies are our first love. That will be an affair that will never stop. We’ll continue making films. The idea is to make films that break through the homogeneity of what’s being offered in theatres. Also, to actively create more digital content to cater to a medium which is growing by the hour and will probably become the bigger medium over time. We’ve also started an advertising division called Dharma 2.0 to capitalise on our strengths. Right now the focus is on creating content. The idea is to leverage our creative strength to its best possible extent.

Will Dharma get into the OTT space?
The writing is on the wall. OTT as a medium is here to stay. It gives you the convenience of starting, stopping and carrying on at your own pace, which is a luxury in today’s time. It gives you the ability to make lots of content which may not necessarily be suited for films because of the restrictions on time. The biggest convenience of viewing at home… it’s an advantage that cannot be matched. This is definitely a way forward and we are excited. We are setting up a team to look into this and will make a formal announcement soon. The idea was not to rush into it because you want to put out something that keeps your brand intact. There’s a different beat to this format. It’s about understanding that beat and seeing what’s working. And then making something that is respectable and unique. In the next one year, we will definitely have some announcement. OTT is the future. There is no running away from it.

What is the core philosophy of Dharma?
Films are the heart; it’s not a business for us. Karan [Johar] is a director first and a producer second, and that ethos seeps down the entire organisation. As businessmen, we should be taking some harsh decisions, but I don’t think we do that. That results in lesser profits compared to what we can earn, but also allows us the unique position of driving this business with passion. Money is important, but you have to put out content which is memorable.