Do only and strictly what you are paid to do. No more. This is the principle behind the "Act Your Wage" trend that has been all the rage on TikTok in recent weeks 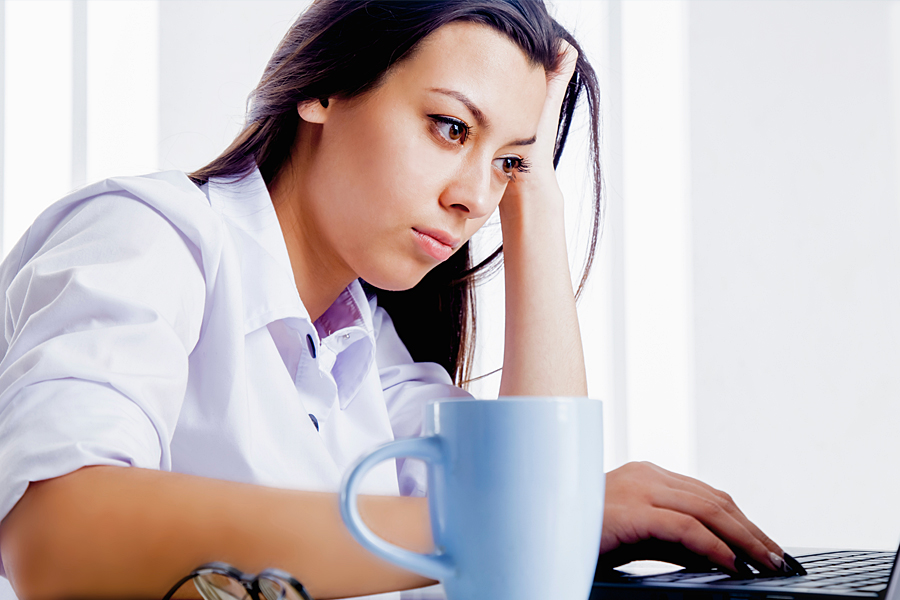 Doing only and strictly what you are paid to do is the idea behind the "Act Your Wage" trend. Image: Shutterstock

No one likes talking about their salary with their colleagues. Yet it's the main reason we enter the workforce. Due to the lack of transparency in companies, some employees turn to social media to make sense of the compensation they receive and how it relates to their day-to-day workload.

Do only and strictly what you are paid to do. No more. This is the principle behind the "Act Your Wage" trend that has been all the rage on TikTok in recent weeks. In fact, the #actyourwage hashtag has more than 110 million views on the preferred social network of the younger generations.

Yet this concept is not new. According to Business Insider, it was supposedly used for the first time in 2020 in a video from the TikToker @stephhannes. The 27-year-old American talks about her professional life and the difficulties she faces on a daily basis. "Sometimes I have to remind myself to act my wage. Like, if I've been doing too much at work, I'll have to be like, Stephanie, go sit in the bathroom and scroll on your phone for 25 minutes,'" she explains, adding that she only makes $7.25 an hour.

The growing cognitive cost of work

The post quickly went viral, and was viewed nearly 115,000 times on the social network. It has since inspired multiple videos, where young working people explain, not without humor, the reasons that lead them to do what they are paid to do, and no more. Sarai Marie, an American TikToker with some 2.1 million followers, does this through the fictional character of Veronica. She stages scenes of her explaining to her boss that she won't attend a 6:30 p.m. meeting because it's outside her office hours, or that she doesn't want to bring work home because she wants to make the most of her family time.

"Act Your Wage" advocates don't see this approach as a lack of investment or commitment, but rather as a way to demonstrate the disconnect between their seemingly endless workload or responsibilities and their pay packet. Especially at a time when the cost-of-living crisis is causing many employees to take a closer look at their purchasing power, and thus their compensation.

To this can be added the looming specter of burnout, or even brown out, when a worker is confronted with a loss of meaning and/or usefulness in their job. Many employees feel that their workload is insurmountable, as their cognitive capacity is challenged by the increasing number of emails, incessant notifications and meetings. All of these distractions lead us to put in more effort to get the same reward, which drains motivation.

Also read: How to design the future of work and education now

Younger generations appear to be the most affected by this phenomenon, as employers often expect them to make up for their lack of experience by putting even more effort into their professional lives. And that often means working much harder than they are paid for, as Jareen Imam, a content creator followed by 95,500 users on TikTok, explains in one of her videos. "For example, if we have a junior employee, and she's making $40,000 a year. It would probably not make sense to have so much work on her plate that she's working 12 hours a day on a very high-profile project. That work is probably best suited for someone who's more senior and who's getting compensated to do that kind of work and stay those extra hours," she says.

The issues underlying the "Act Your Wage" movement are reminiscent of the "quiet quitting" concept. This phenomenon, also born on TikTok, involves respecting your work contract to the letter. But some people feel that it has negative connotations, unlike "Act Your Wage." "Look at your job description, what you got hired for. What [are] the requirements of your job? Do that! And if you don't want to get promoted, or you want to start looking for other jobs, and you're stressed out at work, don't do more than is at that level, that bare minimum, because that is what's required in the job description," says Maddie Machado, a professional coach who posts videos about the world of work on the social network.

From "Act Your Wage" to "quiet quitting" and the "great resignation," all these terms have, in fact, one and the same goal: to push managers to rethink the organization and the relationships in their companies in order to improve them. Consider the challenge set... on TikTok, at least.

Tweets by @forbesindia
Apple to continue with Qualcomm modems for now; Meta's India head leaves for Snap; Wipro names new COO from Capgemini
Yellowstone, Kilimanjaro glaciers among those set to vanish by 2050: UNESCO