Dreaming of making India the entrepreneurial capital of the world - Bala Nadar, Director and Founder, Startupwala.com - has helped many Indians don the entrepreneur's hat with ease 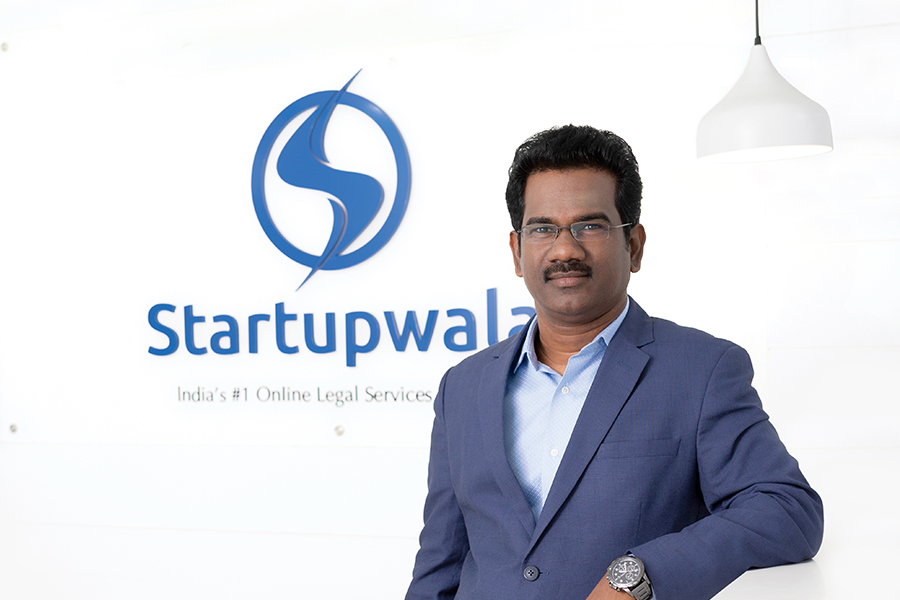 Coming from a humble background—he did his early schooling in a government school in a village. Being the eldest child to parents who had moved from South India to Pune in search of a livelihood, he realised early on that he needed to support his family alongside studies. So, he started his first business at the age of 13, out of both necessity and curiosity. Along the way, he did a few part-time stints and completed his master’s in commerce, enrolled for Law course and became a certified company secretary. He is today a fellow member of the Institute of Company Secretaries of India (ICSI). Books, he says, kept him motivated through all ups and downs. With a keen interest in history and economics, he spends his time reading research papers and making sense of the past so as to derive meaningful inferences for the future. CAREER TRAJECTORY “One day, I returned from college just to find my house half-demolished by a Government body due to a court case, which was initiated even before I was born. This episode shook me to the core. Looking back, it was one of the crucial events that taught me to handle things on multiple fronts, more so in legal terms,” avers Bala. Startupwala is an online legal services platform for Startups, and Small and Medium Enterprises, which looks after a company’s registration, trademark, copyright protection, Registrar of Companies (ROC) compliances, GST filing, and funds for legalities. It strongly believes that India has the potential to become an economic superpower in the next 10 years, which is possible only when India becomes an entrepreneurial hub. However, the state of entrepreneurship in India is unstructured and unorganised in the form of proprietorships and partnerships, and unless they are converted into legal structures, scaling the economy up is difficult.

Even though new-age entrepreneurs want their legal processes in place, the legal ecosystem and service-providers have not risen up to their expectations in  terms of ease of access, pricing and speed of service delivery. Hence, Bala Nadar founded Startupwala (earlier BMC Group) in 2009 when the online ecosystem was new—to simplify law. The entire service is technology-driven and built on world-class cloud infrastructure.

Convincing entrepreneurs to get their legal documentation done through an online process was a challenge but through robust implementation of cloud technology, they were able to serve their initial clients well. At times they had to price their services as per the client’s budget but without compromising on the quality of services provided. Implementing this on a bootstrapped and revenue-dependent model was a challenge that they eventually decoded. With ample experimentation, they came up with price points that were attractive to customers and sufficient for the company to cover the overheads and innovation costs. THE STARTUPWALA FAMILY Getting people on board was a task in the age where people wanted to work with established brands only. However, Bala feels that he was able to overcome that challenge too by not just finding but retaining the right talents and making them feel accountable for actions and results just like a company CEO. Along with a chauffeur-driven family-car, for any employee’s use for personal and family events, an initiative called ‘Who Am I’ and tools like DISC evaluation are used to identify the unique strengths and weaknesses of each employee and ways to work around the same. Starting with just two, the company today boasts of a squad of legal professionals, company secretaries, chartered accountants, business consultants, engineers and associates counting to 107.

“According to me entrepreneurs never take risk, what looks like a risk to others is a well thought of risk free option for an entrepreneur. It is only while executing it, certain things may go awry. Getting on and investing in cloud technology a decade ago when it hadn’t been tested from the Indian context, was a bit risky; however, it turned out to be the best decision which fuelled our growth

manifold. Now, the entire service is technology driven and built on world-class SAAS and PAAS infrastructure. No physical meetings with consultants or legal authorities make it simple and affordable for startups with every legal solution being just a few clicks away,” says Bala. AN INSPIRATIONAL ODYSSEY “Shivaji Maharaj and Mahatma Gandhi have influenced me profoundly, in that they both had mobilised marginal people and turned them into strong forces against erstwhile global powers. Their strategies and processes are valid for all disciplines, including business and economics,” said Bala acknowledging his sources of inspiration. THE BIG MISSION To make India the entrepreneurial capital of the world by empowering the entrepreneurial ecosystem; Bala wants entrepreneurship to be part of every school’s curriculum because as a child exposure to entrepreneurship changed the course of his life, and believes that such exposure can revolutionise the next generation and the society in turn. To turn his dream into reality, he is empowering the entrepreneurial ecosystem and has launched: • Startupwala Foundation for Employability and Entrepreneurship, a non-profit organisation to promote entrepreneurship among the youth and rural population • India Institute of Startups and SMEs (IISS), a registered company to work with graduate colleges and to impart web-based training and coaching to existing small and emerging businesses and entrepreneurs so as to reduce early startup failures and focus on sustainable scaling up of businesses. THE ‘PRINCIPLE OF EXTREME POSITION’

Through his varied exposure and study, Bala has derived the ‘Principle of Extreme Position’. The name of the principle is inspired from the Physics Theory of Mean and Extreme Position. Its about finding a Status Quo (Mean Position) in an Industry, Market or Society and identifying an exactly Opposite Approach (Extreme Position) and finding a Single Most Denominator (SMD) to focus upon

and carving a scheme or campaign to attract the end users or prospects so as to bypass the Efforts, Investment & Time (EIT) required to achieve the desired Result with whatever is available in hand at present. Formula: Finding Status Quo, then Identify Extreme Position + SMD + Scheme/Process/Campaign to bypass EIT = Desired Result There is a detailed presentation on the Principle published on Youtube titled ‘How to Make India a Developed Nation in 10 Years by Bala Nadar’. A believer of trust being the only commodity that sells, Bala said, “If we are committed as a nation to shift our focus from employment to entrepreneurship and introduce an Entrepreneurs Pension Scheme (EPS) for those who have been in the business for a minimum of 10 years, employing a minimum of 10 people, then India shall become the entrepreneurial capital of the world in 5 years and a Developed Nation with high per capita income in 10 years, also the problem of unemployment will be permanently resolved.” Disclaimer: The views, suggestions and opinions expressed here are the sole responsibility of the experts. No Forbes India journalist was involved in the writing and production of this article.

Tweets by @forbes_india
Moratorium on loans: What this means and other FAQs
Hitting the bullseye