Wealthy and powerful entrepreneurs in China were once idolized by the public, doted on by the government and courted by foreign investors. They built the Chinese economy into a powerhouse. Now billionaire tycoons are the outsiders 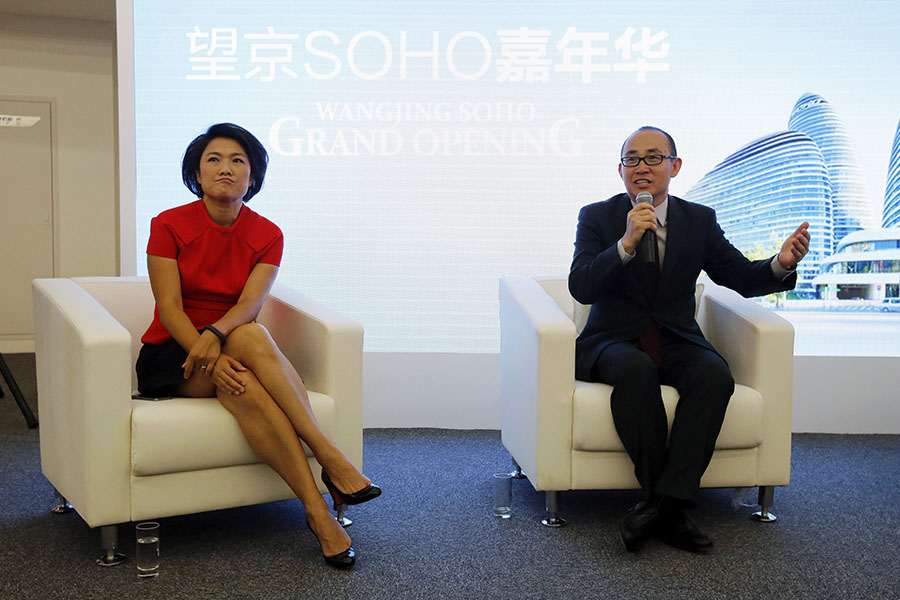 BEIJING — Wealthy and powerful entrepreneurs in China were once idolized by the public, doted on by the government and courted by foreign investors. They helped build the Chinese economy into a powerhouse and with it became the global face of Chinese business in a freer era, amassing billion-dollar fortunes, buying mansions overseas and holding court at elite international gatherings.

Now billionaire tycoons are the outsiders in an increasingly state-driven economy that prioritizes politics and national security over growth. As the government cracks down on business and the economy weakens, they are keeping low profiles, stepping down from their companies or leaving the country entirely.

In the latest exodus, two of China’s best-known entrepreneurs, Pan Shiyi and Zhang Xin, resigned this week as chair and CEO, respectively, of their real estate empire, Soho China. Both had already moved to the United States early in the pandemic and tried to manage their business with late-night calls back to China.

It has been a rough year for their company. A deal to sell a controlling stake to the Blackstone Group in New York fell apart when regulators failed to approve it. Soho China’s stock has lost more than half its value in the past year.

“Hugely successful entrepreneurs of the early 21st century in general have to ask questions about whether it is in their best interest to stay in charge of their businesses and stay in China,” said Michael Szonyi, former director of the Fairbank Center for Chinese Studies at Harvard University. “Clearly, the writing is on the wall for these company founders.”

The husband-and-wife couple had personified the Chinese economy’s broader rags-to-riches rise. Pan was born to a poor family in Gansu province, while Zhang labored as a teenager in a garment factory in Hong Kong.

They started their real estate business on Hainan Island in southernmost China, a place with a reputation even by China’s standards for having vertiginous booms and busts in apartment prices. They then quickly focused on China’s biggest cities, Beijing and Shanghai, where they built luxury apartment and retail complexes in some of the most expensive neighborhoods.

Many real estate developers erected rectangular boxes with architectural palettes often limited to garish choices for the color of the glass and eccentric rooftops in poor mimicry of European manor houses. Pan and Zhang instead brought in star architects from the West like Zaha Hadid, a friend of Zhang’s, and created buildings with curving, yet minimalist, facades.

Their resignations underscore the growing concern among private entrepreneurs that China is veering away from the freewheeling capitalism that Deng Xiaoping and former Premier Zhu Rongji pioneered. Deng turned to entrepreneurs in the late 1970s to rebuild the economy after the devastation of former Communist Chairman Mao Zedong’s Cultural Revolution, and Zhu then led China into the World Trade Organization and toward its role as the world’s largest exporter.

Xi Jinping, the country’s leader since 2012, has moved China instead toward a much more authoritarian, state-led society in which national security concerns increasingly take precedence over economic growth. Business leaders and human rights activists alike who dare to question Xi publicly have been jailed as China has tightened the reins on the private sector.

Very wealthy entrepreneurs used to be “able to operate as they wished, as long as they did not step over certain political boundaries, but those boundaries were pretty loose even through the first term of Xi Jinping,” which ended in 2017, said Victor Shih, a specialist in Chinese business and politics at the University of California San Diego. “All that changed. They are no longer such stars.”

Jack Ma, a co-founder of Alibaba who went on to lead it to dominance in China’s e-commerce sector, has stepped down from the top jobs at the company. Colin Huang, founder of Pinduoduo, a rival to Alibaba, resigned as chair early last year, less than a year after he stepped down as CEO.

A year ago, Zhang Yiming, founder of TikTok’s parent company, ByteDance, said he would hand over the CEO post to focus on long-term strategy. And as Shanghai went into a two-month lockdown in the spring as part of China’s “zero COVID” strategy, Zhou Hang, another prominent tech entrepreneur and venture capitalist, left the city for Vancouver, British Columbia, where he issued a strong denunciation of China’s current policies.

Soho China’s troubles have been accumulating. The company disclosed July 7 that the police were investigating its chief financial officer for possible insider trading in Soho’s shares. Over the past year, Soho has also been repeatedly accused of overcharging tenants for electricity and fined nearly $30 million.

The government’s efforts to rein in a housing bubble, together with frequent lockdowns of Chinese cities as part of the country’s stringent approach to the pandemic, have caused the entire real estate market to stumble — and the fortunes of Soho China along with it. Soho China disclosed three weeks ago that average occupancy at its investment properties in Beijing and Shanghai had fallen to 80% as of June 30.

Soho China and Zhang, who frequently spoke for the company, did not respond to calls and text messages requesting comment. Two company executives who have each been with Soho for about two decades, Xu Jin and Qian Ting, were promoted to become co-CEOs, according to a filing Wednesday with the Hong Kong Stock Exchange. A private equity executive, Huang Jingsheng, was named nonexecutive chair of the company.

Pan and Zhang will remain at Soho as executive directors, Soho China said in its filing, without specifying executive positions for them.

For the past quarter-century, Pan and Zhang had profited from China’s rapid urbanization. When they started Soho China in 1995, the country had 352 million city dwellers — a number that had more than doubled by last year. For many Chinese, housing became their most important investment, accounting for two-thirds of household wealth.

But China’s entrepreneurs have come under pressure as Xi has pursued his “common prosperity” campaign for businesses and tycoons to share more wealth with their countrymen to ease inequality. Xi has asserted the Communist Party’s control over the private sector, demanding political loyalty from companies and businesspeople.

Ren Zhiqiang, another wealthy real estate developer and a friend of Pan’s, was sentenced to 18 years in prison after he criticized Xi. Some entrepreneurs have been silenced on social media. While Pan’s and Zhang’s Weibo accounts are still active, they have been posting infrequently and sticking to mundane, bland topics.

“This is part of the evolution of the Communist Party,” said Drew Thompson, a visiting research scholar at the Lee Kuan Yew School of Public Policy at the National University of Singapore. “Private entrepreneurs — high-profile, wealthy people — are increasingly incompatible with ‘common prosperity’ and the direction that Xi Jinping has taken.”