The storied manufacturer announced its decision to part ways with former boss Herbert Diess, who stirred up discontent with his uncompromising push to electrify the group 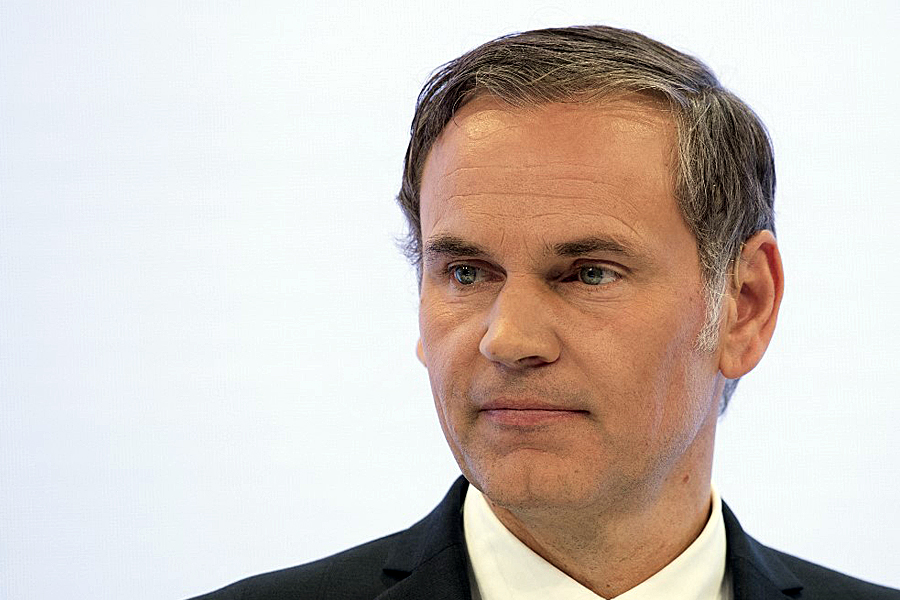 Frankfurt, Germany: Volkswagen on Thursday hands over the reins to new CEO Oliver Blume, tasked with steering the German automotive giant through challenging economic conditions after four turbulent years under his predecessor, Herbert Diess.
In July, the storied manufacturer announced its decision to part ways with Diess, who stirred up discontent with his uncompromising push to electrify the group.

Blume, the current boss of sports car brand Porsche, takes the wheel at a "really difficult time" for Volkswagen, said Matthias Schmidt, an analyst specialising in electric cars.
Russia's invasion of Ukraine has not only compounded supply chain problems unleashed by the coronavirus pandemic, but introduced uncertainties over energy supplies across Europe.
The economic turmoil comes as Volkswagen is ploughing tens of billions into an ambitious switch to electric vehicles, opening a clutch of battery factories across Europe.
Meanwhile, the new boss will also be tasked with sorting persistent setbacks at the group's software arm and guiding premium brand Porsche to a tricky stock market entry.

Diess took over at Volkswagen in 2018 with a mandate to turn the page on the "dieselgate" emissions-cheating scandal.
The Austrian's response was to launch Volkswagen on a headlong drive into electric vehicles, but his often combative style ruffled feathers at the legacy auto manufacturer.
The 63-year-old finally lost the confidence of Volkswagen's main shareholders — the Porsche-Piech family — as problems mounted in the group's software division, headed by the CEO himself.
His successor, Blume, a longtime Volkswagen employee, is set to cut a more conciliatory figure than Diess, hired as an outsider from rival BMW.
"Blume is not known as someone who wages wars. He takes less risk than Diess," Ferdinand Dudenhoeffer, head of the Center of Automotive Research, told AFP.
Also read: What is green steel and why are car makers excited about it?
Following Diess's exit, Volkswagen's chief financial officer, Arno Antlitz, was sent out to stress that there would be "continuity" at the manufacturer.
But Blume has signalled that he could be more open to extending the life of old combustion engines with alternative fuels.
In a recent interview with weekly Automobilwoche, Blume said he saw synthetic fuels as a "sensible complement of electric mobility".
In theory, such "e-fuels", made from carbon dioxide using renewable electricity, allow traditional engines to be run with almost no net carbon emissions.
While Diess remained unconvinced by the alternative to petrol and diesel, synthetic fuels would allow Volkswagen to keep working on a future for combustion engines.
Blume was unlikely to perform a full U-turn on the electrification plan laid out by Diess, Dudenhoeffer said.
But the carmaker could "move a little further away from the purely electric strategy" given the risks of an abrupt move to battery-powered vehicles, he said.

In the end, the issue is likely to be decided in Brussels, where lawmakers have backed a ban on new non-electric vehicles from 2035.
Blume may also chart a different course in the area of software. Where Diess led an ambitious drive to bring development almost completely in-house, Blume could be open to using more external suppliers.
"It's a massive profit centre, that's the reason they want to keep it all in-house," said Schmidt, but the analyst pointed out that "you need software people to run a software company, not car people".
Also read: Most automakers fall short on climate goals: report
Meanwhile, Blume was likely to support Volkswagen's renewed emphasis on the American market, following years of struggles in the wake of dieselgate.
The move would mesh with a decision for Volkswagen to invest massively in developing and making its own batteries, thereby reducing its reliance on suppliers in China.
"That could be Diess's legacy in a way, that and getting the electrification post-dieselgate in motion, those are probably the two biggest legacies to leave behind," said Schmidt.