North Indian business is on a growth path, but it has miles to go

While northern states like Rajasthan and UP have stepped up investor-friendly policies, much more needs to be done to attain global standards of doing business 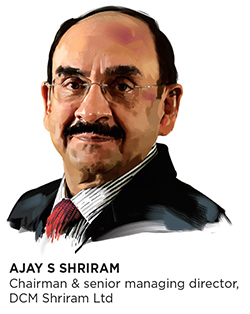 The diversity of the land and the size of the populace make India’s northern region one of the most sought-after destinations for certain businesses. The unique geographical setting (with many states being larger than some European nations, both in population and size) makes it challenging, yet opens the doors to a plethora of business opportunities. While some common traits run across the states, every region has its own unique challenges and opportunities. And I have seen the setting change over the last quarter of a century.

DCM Shriram is a pan-India company with a strong manufacturing presence in Rajasthan and Uttar Pradesh. For us, North India is both a market and a supply source. We have been running various businesses successfully and seen the industrial environment evolve over the last 25 years. The dynamic business environment in some states has given us the much-needed push, while some others have made us struggle on various counts.

Let me begin on a brighter note. With a conducive industrial environment and a supportive state government in Rajasthan, there have been continuous investments for both expansion and modernisation. Rajasthan, with its investor-friendly policies, focus on digitisation of correspondence with the state government, industry-friendly labour reforms and infrastructure has made itself a better business destination than other states in the region. The state government’s initiative to allocate resources and raw materials, such as coal, through transparent processes like auctions and online bidding, can be an example for others.

Our presence in the state through our integrated fertiliser and chemicals complex in Kota has given us positive growth over the last decade. Initiatives such as Resurgent Rajasthan, which facilitates speedy approvals and follows up on large projects across the state, are helping in creating a favourable climate for industry.

Another major presence in the northern region is through our four modern sugar mills in central UP that have resulted in a significant increase in crop yields as well as farm incomes.

Deregulation of the sugar sector by the central government, followed by a more stable sugarcane pricing policy by the state government, has resulted in predictability of business in the last two years. We hope this approach will continue for the ultimate benefit of the farmer.

The economy of UP is led by the services sector; it’s the second-largest sector contributing to the Gross State Domestic Product (GSDP). The agriculture sub-sector contributes the largest share to the GSDP, closely followed by trade, hotels and restaurants. The emerging sub-sector in this field is IT and IT-enabled services. UP has started promoting this industry in the Special Economic Zone (SEZ) clusters of Noida and Greater Noida through incentives such as ‘interest-free’ loans. Recently, the World Bank ranked UP tenth among 32 states and union territories with regard to reforms in improving the business environment. 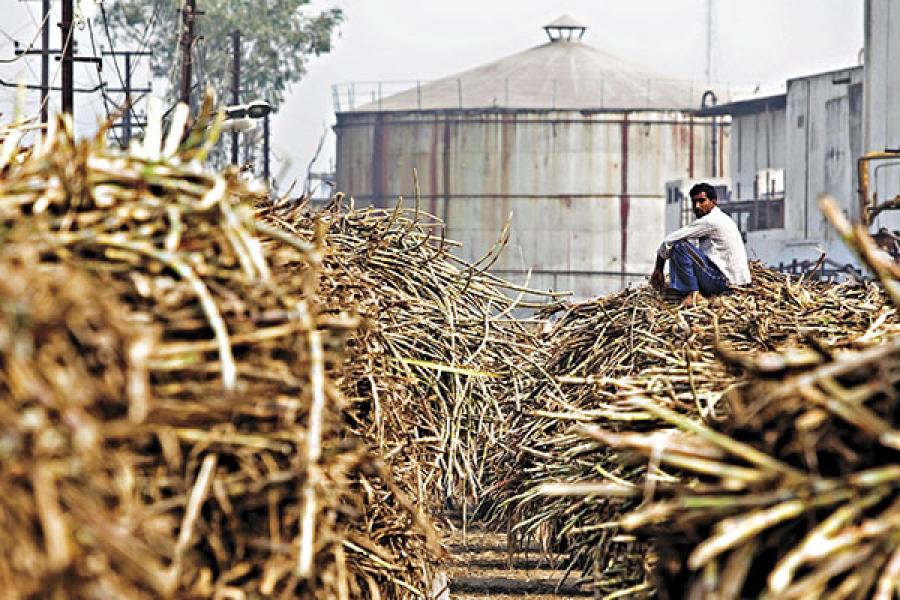 Image: Prashanth Vishwanathan / Bloomberg via Getty Images
A farmer sits outside a sugar factory in Uttar Pradesh. Deregulation of the sector by the centre and the state’s stable sugarcane pricing policy, has resulted in the predictability of the business in the last two years

Reflecting the true spirit and nature of the Indian agrarian economy, the share of agriculture in the GSDP of the northern states (excluding Delhi) continues to be as high as 25 percent, as against the national average of 16 percent.

However, the biggest change that I have observed over the years has been the growth in the share of industry in the GSDP of some of the northern states. Haryana, Himachal Pradesh and Uttarakhand, which were traditionally agricultural states, have the highest share of GSDP from industry. This dramatic change is an outcome of incentives offered during the last several years. Sustaining this growth will require increasing investments, constant government support, easing out the land acquisition process, simplification and use of automation in processes to begin a business, rationalisation of tax regimes and efficient and effective enforcement of contracts.

PUSH FOR CHANGE
Despite this sea change, the journey has miles to go before global standards can be attained. While the country is trying to break into the top 100 in the ease of doing business ranking (currently it’s at 130), all states, except Rajasthan, have fared poorly on various parameters. There should be a timetable for improving performance and it should be done in close cooperation with industry, so that it’s meaningful enough to attract investments.

While every state in the northern region would need a different growth strategy based on the local conditions, the common factor that can change the course of action is skills development and job creation. The time has come for us to put job creation at the centre of policy-making. Skilling is critical to ensure that the large young population can be put to work.

With its strong social and infrastructure linkages, Delhi, along with the National Capital Region (NCR), is the obvious nerve-centre of North India. However, it is unrealistic to expect the NCR to provide support to the entire economy of the northern region. Therefore, decentralisation is an essential prerequisite for development to percolate to remote parts, as well as keep a check on the environmental challenges facing the overburdened Delhi.

Lack of sufficient infrastructure needs to be improved upon. All-weather rural roads and 24X7 electricity will help create jobs in towns and villages. The proposed Delhi-Mumbai Industrial Corridor and the Amritsar-Delhi-Kolkata Industrial Corridor offer huge job potential for the north and need an extra push. The construction sector has a huge multiplier effect: It creates employment, as well as national assets. What can also help to alleviate poverty is the renewed focus on agriculture to aid job creation with adequate emphasis on value addition to increase farmers’ incomes.

There is always scope for improvement, and as long as the state governments can ensure that state-specific action points are aggressively pursued, investments will happen and jobs will be created. History will judge us on how we utilised the demographic dividend. This window is there for the next twenty years. Let us take the necessary steps in employment generation, reduction in poverty and nation building.