Hemendra Kothari is using his wealth and his business acumen to impact the lives of millions through his charitable trusts. Wildlife conservation, along with a focus on generating alternative skills and employment for villagers in forest areas, is a key contribution 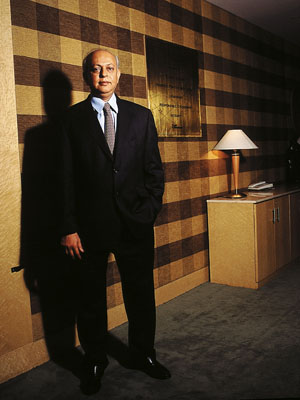 Hemendra Kothari will not forget May 21, 2009. The billionaire investment banker recounts the day villagers along the Sundarban forests awoke to Cyclone Aila. Over the next 48 hours, the tropical storm wreaked havoc, leaving more than 300 dead, 8,000 missing and close to 2.3 million people affected. “It was a humanitarian disaster. There was just so much at stake, with fears of outbreak of disease, and we had no idea of the impact on wildlife in the Sundarban Tiger Reserve,” said Kothari. “I just had to do something, it wasn’t even a question.”

Sixty-four-year-old Kothari’s NGO, the Wildlife Conservation Trust, which had been working in the area with the state forest department and park officials, sprang into action. It provided emergency funding and resources such as food, water, medicines and tarpaulin sheets to stranded villagers in some of the most isolated and dangerous areas.

In 2008, he had set up the Hemendra Kothari Foundation, a charitable trust that focuses on education and healthcare. It maintains many of the Kothari family’s projects that includes the D.N. Kothari Hospital in South Mumbai. But wildlife conservation is Kothari’s true passion and contribution to society. He founded the Wildlife Conservation Trust in 2002. One of its key functions is to generate alternative skills and employment for villagers in forest areas; the Trust is already working with more than 17 national parks and reserves.

Kothari belongs to the fourth generation in a family of stockbrokers. In 1975, he ventured into investment banking by setting up DSP Financial Consultants Ltd. He amassed a fortune by selling his stake in the firm (his net worth is about $860 million).

“Hemendra Kothari, given the tremendous business acumen he has in terms of knowing how to build an institution, is among the few people in the country with the opportunity to make a transformative impact on anything he is passionate about,” says Amit Chandra, managing director of Bain Capital and board member of GiveIndia.

Going forward, Kothari has set aside nearly Rs. 50 crore of his personal wealth for venture capital investments to help upcoming entrepreneurs. “There are new entrepreneurs who want to start a business, specifically in the social space, and require capital. I want to help these start-ups,” he says.

Tweets by @forbesindia
Kishore Biyani: The Never-say-die Retailer
7 Places to See Before They Disappear