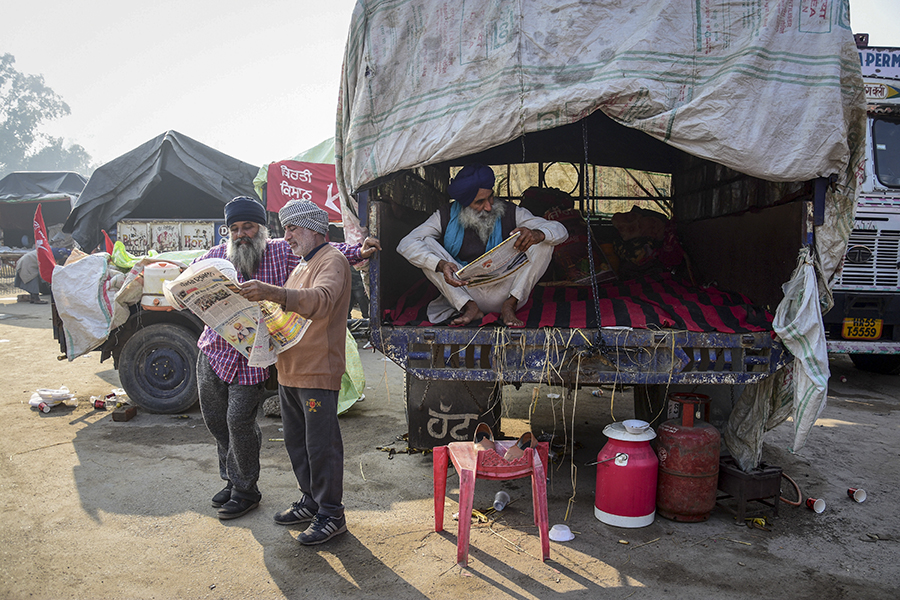 Farmers are seen reading newspapers, near a police road block as they take part during the demonstration. Thousands of farmers from various states march towards the Indian capital to protest against new agricultural laws they say will severely hurt their incomes, according to farmers' union.

Tweets by @forbes_india
Brand of choice for millions of farmers
BTS debuts at no. 1—thanks to CDs