Kumar Mangalam Birla: Focus is the Key to the Development Narrative

To manage the tough times ahead, the development narrative in the coming years has to be centred around job creation, price stability, sustainable livelihoods, fiscal prudence and manufacturing resurgence 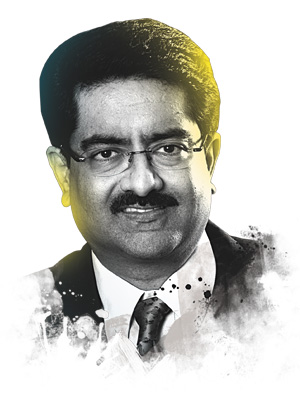 Kumar Mangalam Birla, Chairman, Aditya Birla Group heads India’s third largest business conglomerate with revenues of over $40 billion and operations spread across several countries. He is also the chancellor of the Birla Institute of Technology & Science

India is completing the largest democratic exercise in the world, or indeed in history. More than 800 million voters elect their representatives to Parliament, and to a new government for the 16th time since 1952. This historic transition of political power is largely peaceful, and testimony to the resilience of democratic processes of the nation. This is also a milestone year as the World Bank has confirmed that India is now the third-largest economy in the world, measured in international dollars adjusted for purchasing power. Its rank has jumped up seven places in the last 10 years.

India is home to 18 percent of humanity, and contributes about 6 percent of global GDP. Due to its demography, it will remain one of the youngest nations in the world for decades to come. The youth of India represents ambition, aspiration, creativity, skills, and also a growing challenge of creating livelihoods. The world has been moving at a slower pace since the financial crisis of 2008. Asia’s traditional export engine too has slowed down, putting a question mark on whether an export-led growth strategy will succeed. Countries in Asia will henceforth need to look at boosting domestic consumption to drive growth. India’s economic growth also slowed down to below 5 percent in the recent past.

In a global environment of continued slowdown, volatile prices and currencies and investment uncertainty, India’s new government will face enormous challenges. We need to quickly move back to a higher growth rate, contain inflationary forces, upscale infrastructure and focus on massive job creation. All this is to be achieved in a democratic framework and within the limits of fiscal sustainability.

Prioritise
The incoming government would do well to categorise its priorities into two buckets, of short- and medium-term. The former could be translated into a 100-day programme, and the latter could spell out a five-year strategic vision and action plan. All priorities should be governed by the principles of innovation, efficiency, inclusiveness and sustainability.

Innovation is the very basis of all growth and development. Efficiency implies frugality in the use of resources, minimisation of costs, and optimality in assigning resources to requirements.

Inclusiveness means aiming for the benefit of the maximum number of people. It also means special attention is given to those who are underprivileged in society.  Finally, sustainability requires that India’s development path is such that it does not deplete resources to the extent that future generations become vulnerable. It means consciously choosing a growth path that is less energy-intensive, and more conservation-oriented.

Five focus areas
Any economy of a billion people will obviously face a multitude of challenges. In the case of India, the following five broad areas need greater focus and priority from the new government: (a) Food and agriculture; (b) manufacturing and skill building; (c) fiscal consolidation; (d) financial deepening; and (e) sustainable growth.

Food inflation has been high in the past few years. This is unprecedented, and its causes could be external as well as internal. Inflation was particularly persistent in protein items like milk, eggs and pulses. This was probably because of higher demand, due to changing consumption patterns. It was also due to stagnant supply growth. Pervasive food inflation also reflected demand supply imbalance and supply chain inefficiencies. Hence it is imperative to increase agriculture and food supply rapidly, with a combination of increased farm productivity, reduced cultivation risk to the farmer, better transportation and logistics, reduced supply chain inefficiency, and removal of unnecessary regulatory shackles. There is a great deal of disintermediation possible in the links between farmers and the end consumers. 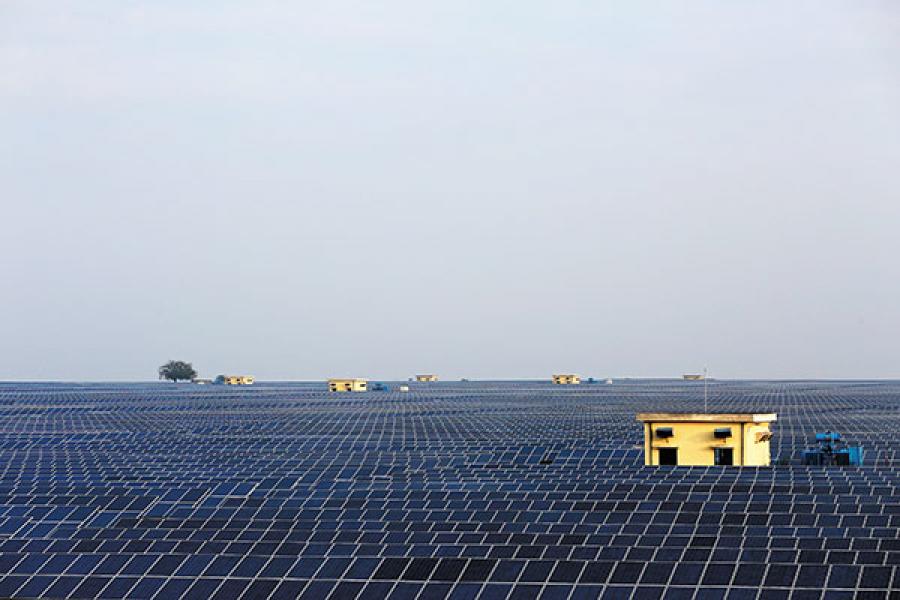 Image: Getty Images
India’s development should follow a sustainable path, with alternative energy, like solar power, being given prominence
The share of manufacturing in India’s GDP is stuck at 15 percent for the past two decades. The National Manufacturing Policy aims at increasing this to 25 percent in the next 10 years. Large-scale job creation to cater to India’s youth bulge needs a big push in manufacturing. The decline in the Chinese workforce, and their rising wages, offers a unique opportunity to India. But exploiting this requires upgrading infrastructure, improving the ease of doing business, reducing bureaucratic controls and, most importantly, providing human capital. The latter needs skill-building and training, itself a potential growth industry, where the private sector can play a crucial role. For skills and training we need an ecosystem of vocational institutes with autonomy, flexible curricula and tuition fees, and learning programmes customised to employer needs. We often find that college curricula lag what current trends demand. That feedback loop must be closed. We might also need to incentivise such vocational education with generous student loans. Trained workers are part of the aggregate human capital of the nation.

India’s fiscal resources are stretched. The quality of the fiscal deficit also needs an improvement. The saving grace is that due to its young demography, the tax burden on future generations will not get any worse. But even then fiscal consolidation is high priority. The first step for the government is to complete the process of a nationwide rollout of the Goods and Services Tax (GST). This alone will add to the tax kitty significantly, and will also boost GDP growth by more than 1 percent annually. GST makes India a truly common economic market, with a flourishing inter-state commerce. Tax compliance is also likely to go up. Other aspect of fiscal consolidation requires implementation of the Tax Reforms Committee, namely lower rates, simplification, reduced exemptions and administrative reforms. The passage of the new Direct Taxes Code will go a long way toward fiscal improvement. Fiscal reforms also require elimination of overlapping Centrally sponsored schemes, a stricter adherence to the Finance Commission framework, and greater devolution of tax revenues to lower tiers of government. This makes sense since the growing demands for infrastructure and urbanisation calls for greater funds to be available to lower tiers of government.

The agenda for financial deepening recognises that while India has a high savings rate, its financial savings are shallow.

Much of household savings is locked up as gold or land holdings, which are not necessarily productive. Financial sector deepening is possible with a combination of technology (mobile banking), new products (like gold demat), and enabling the marriage of long-term contractual savings (like pensions) with the securities market. The non-government bond market will benefit from fiscal consolidation. Almost half of all Indians still do not have a bank account, and do not have access to financial services like savings, credit and insurance. There is thus a huge upside to the area of financial sector reforms.

Finally, as India pursues higher and inclusive growth, it is important to achieve sustainability as well. This has several dimensions. It means greater use of renewable energy like solar and wind. These two sectors alone can contribute to thousands of jobs. India can become an innovation laboratory for renewable energy for the world. It has to forge a development path, which is less energy intensive, where food production requires less water and chemicals, and where waste recovery becomes a way of life. The per-capita carbon dioxide emission in India is low by global standards, but it has already reached a critical level, and must not be allowed to worsen. Sustainability is not a limiting factor, but has the potential to enrich lives and livelihoods.

In sum
The development narrative in the coming years has to be centred around job creation, price stability, sustainable livelihoods, fiscal prudence and manufacturing resurgence. India has excellent human and physical resources and imagination to meet this daunting challenge. My best wishes to the new government for great success in steering India’s development journey.