The Godrej way of Life

At 71, billionaire Adi Godrej is a happy man. His contentment can be traced to his daily morning walk and to his time with his grandchildren 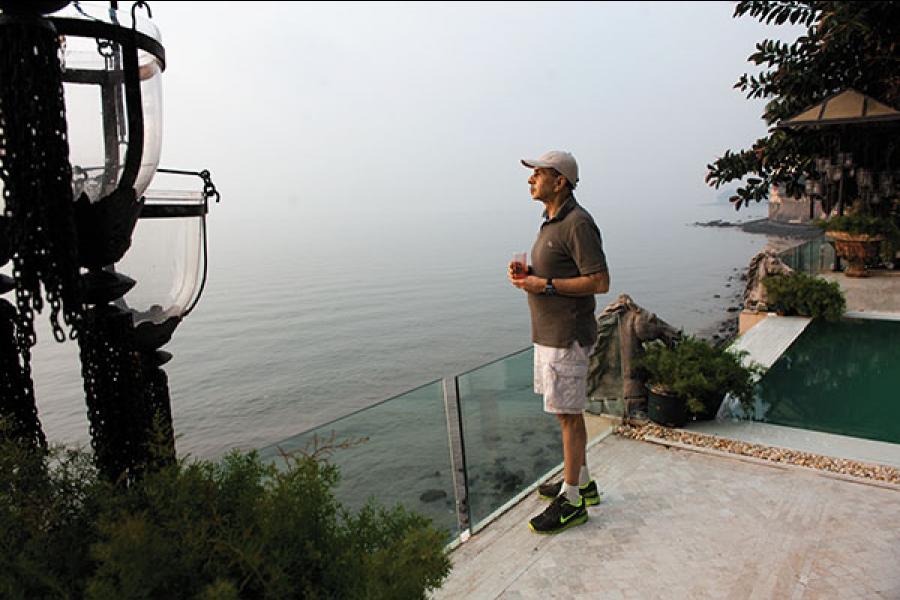 Image: Vikas Khot
Adi Godrej in a contemplative moment after his morning walk

Chances are, if you’re taking a stroll in the hanging Gardens in south Mumbai’s plush Malabar Hill area, you will find a fit, determined-looking gentleman walking there, deep in thought. This gentleman, in all probability, will be 71-year-old Adi Godrej, chairman of the $4 billion Godrej Group. “I like walking. It helps me a lot,” Godrej tells ForbesLife India in a conversation that stayed cleared of business and, instead, focussed on life. “I might be a little concerned about something, I go for a two-hour walk and then I’m over it.” While Godrej is known to be polite to a fault, he is unlikely to welcome suggestions of company during these walks. This is his time with himself, when he is able to think clearly and solve issues which could be preoccupying him. “Sometimes when I meet some people while walking, they like to join me. But I like to walk alone, so I make some excuse or the other,” confesses Godrej with a disarmingly honest smile. “I don’t mind walking with them for 10 minutes but I don’t like long walks with other people.”

This is understandable given that Godrej has enough opportunity to interact with others in the intensely competitive world of Indian business. As one of the most recognisable faces of India Inc, having led various industrial associations and chambers, he commands respect both in the business community and in policymaking circles.

But that is his known face. There’s the other, very different side to him, one which has Godrej playing multiple roles: Grandfather, father, husband and friend. And just as he juggles various business responsibilities—the Godrej Group has its interests ranging from fast-moving consumer goods to real estate to agribusiness—Godrej wears these hats effortlessly too.

The secret: Godrej believes in a well demarcated work-life balance, and zealously guards his time with his friends and family. “I don’t like to overwork. I am not the type who works for 15 hours at a stretch. I also don’t play so hard that it interferes with my work. It’s just the right balance,” says Godrej, who was eighth in the Forbes India Rich List for 2013, with a net worth valued at $8.3 billion at the time.

The underlying theme in this—the Adi Godrej way of life—is happiness. “Happiness to me is contentment. It means you should be satisfied with what you’re doing, how you’re doing it and that there should be the same feeling around you. Not just in you but in your family and in your place of work.”

Keep walking
Happiness also means staying fit and healthy. Godrej proudly says he has never lost a single day’s work because of sickness. “I may have lost a few days due to an operation, but never on account of flu or a headache or something of that sort,” he says. The physical activity that is so intrinsically interwoven in his life has played a key role in this. Now, while horse-riding was a passion when he was younger, it is walking which he currently enjoys the most. This is apart from water-skiing, which is a regular weekend activity with his family and his grandchildren in particular.

“I used to ride quite a lot earlier, but now it’s walking and water-skiing,” says Godrej. “I walk an average of over 10,000 steps a day, and on weekends it can even go up to 20,000,” he adds, pointing to his mobile phone where he has downloaded an app to keep track of the number of steps he walks. 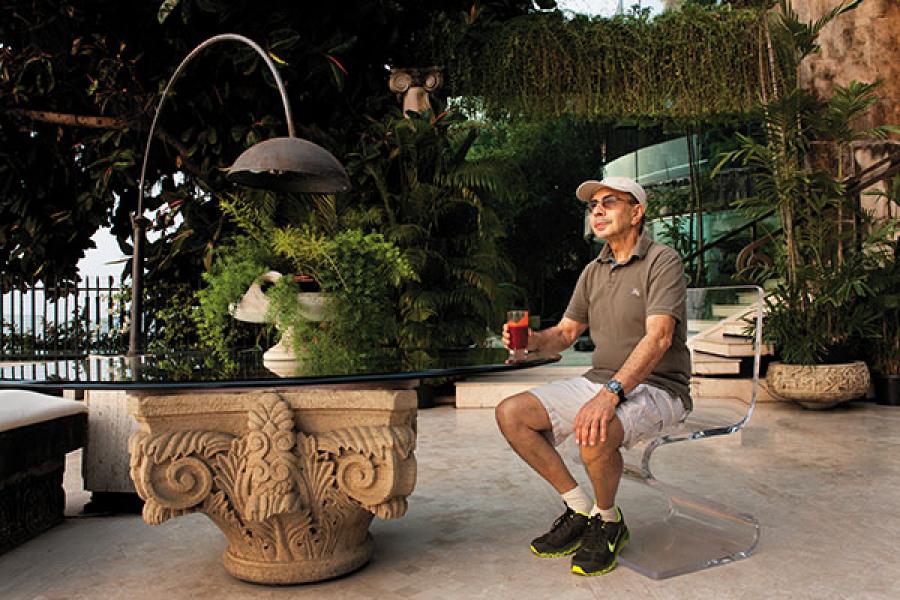