Chanda Kochhar is revving up ICICI Bank's digital strategy by drawing on the power of mobile and social platforms. The result: The bank is likely to end FY16 with Rs 80,000 crore worth of transactions from mobile banking alone 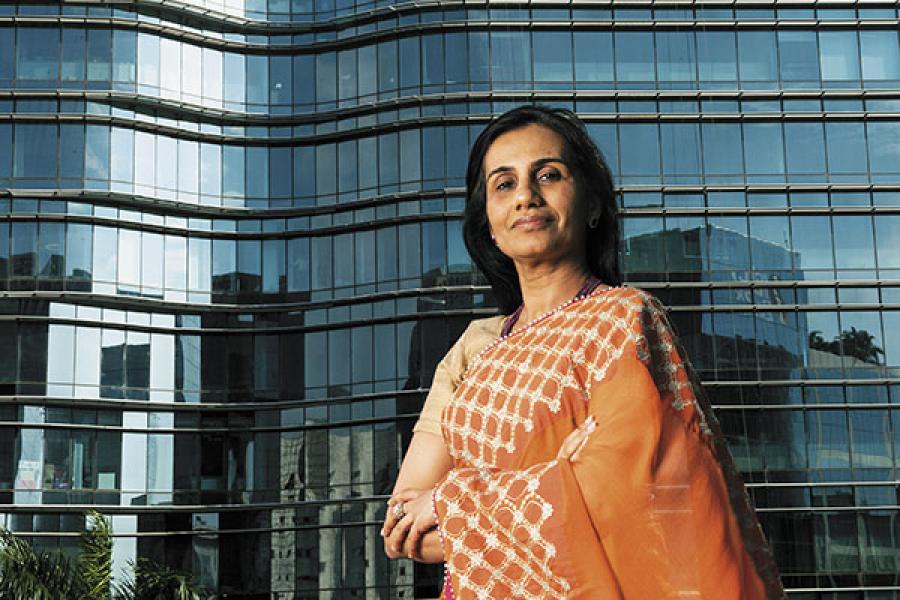 Sometime in the early-2000s, when every new automated teller machine (ATM) would be inaugurated by banks with much fanfare, an ICICI Bank customer came up to Chanda Kochhar excitedly. He told her that the new ATM was a great machine and congratulated her and the bank for it. But he had one question. “It’s such a fine machine,” he told Kochhar. “But I can’t see the person who is pushing out the cash.”

Cut to 2015, and Chanda Kochhar, managing director and chief executive officer of the $132 billion (Rs 8.26 lakh crore) balance sheet size ICICI Bank, India’s largest private sector lender, chuckles while recalling that incident. Times have clearly changed since, both for her bank and the banking sector as a whole. ATMs are par for the course and banks across the spectrum are racing to capture and deliver the latest in technology to deliver a better experience to the customer. For ICICI Bank—an institution that has projected itself as a first-mover on many fronts—the changing banking landscape, where digital delivery of services is becoming more the norm than a nice thing to do, has meant devising an aggressive digital strategy.

Kochhar, 53, who won the Forbes India Leadership Award in 2013 for the Best CEO–Private Sector, says ICICI Bank’s digital strategy is based on three key pillars—digital, mobile and social—where the bank not only digitises its own operations and offers key banking functions on the digital platform, but also extends them to mobile and social media platforms where younger customers spend a large part of their time. “Our belief is India’s youth live around the fulcrum of digital, social and mobile. So all of us have to see how the business fits in with this,” says Kochhar.

She says a number of customers today, and most of them tomorrow, will conduct banking transactions around these three pillars and ICICI Bank needs to retain the first-mover advantage. As part of the plan to grab a greater share of the digital space and beat competition (most of ICICI Bank’s key competitors, including public sector giant State Bank of India, the country’s largest bank, are rolling out major digital banking initiatives too), ICICI Bank wants to add to its many firsts on the digital front with more offerings even while revamping existing ones.

The bank has been an early adopter in areas like internet banking, mobile banking, tab banking, fully automated 24X7 touch banking, banking on Twitter (icicibankpay), and Pockets, the digital wallet, among others. These initiatives, Kochhar says, are helping the bank get new customers, as well as optimising revenue among existing ones.

If recent figures are any indication, the focus on digital initiatives has begun yielding results already. With more customers getting access to digital options, close to 60 percent of the bank’s total transactions for savings account customers are now undertaken through new-age digital channels, and only 10 percent by way of branches. In FY2015, the share of current and savings accounts (CASA) for the bank was 3 percentage points higher at 46 percent, compared to the previous fiscal, indicating a healthy increase. With digital channels reducing costs, the bank’s cost-to-income ratio has also improved to 36.8 percent, down from the previous fiscal’s 38.2 percent.

“The 36.8 percent we’re at is by far the best by any standards,” points out Kochhar. “While the exact cost-savings on account of our digital initiatives is difficult to quantify, technology clearly has a role to play.”

Given India’s demographics, ICICI Bank wants to grab a large share of the social media pie to ensure younger customers gravitate towards it. “Youngsters spend a lot of time on social media platforms like Facebook and Twitter, and most often complete the social part of the transactions there, whether it’s a dinner or a movie. What we are aiming to do is to help them complete the financial part of their transactions also on social media,” says Kochhar.