Rohini Malkani: Bringing the Economy Back is the 'Real' Challenge 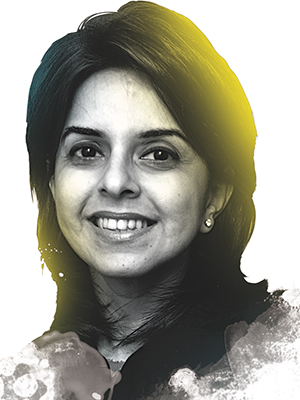 Rohini Malkani, Chief Economist, Citi India. One of India’s best known economists in the banking sector, she’s respected for heranalysis and assessment of economic trends. Prior to Citi, she’s worked with JPMorgan Chase and IDBI Bank

The Indian elections have been the subject of great interest around the world: Expectations are running high, and equity and currency markets have gained in anticipation. Delta change across macro issues—growth, inflation and the deficits—is positive, but the economy’s real challenges remain. While growth has likely bottomed, the shallow recovery is dependent on ‘unlocking investments’ and managing non-performing loans (NPLs). Inflation may have peaked out but structural factors, especially on the food front, need to be tackled. On the fiscal deficit, targets have largely been met, but the ‘quality’ of the deficit is questionable.

Investments, Infrastructure
A sustainable recovery would only be possible by addressing issues on the investment and infrastructure fronts. Slowing capital formation and declining productivity have to be reversed by reviving investor confidence and bringing the focus back on project execution. It will be essential to revive investments to pre-crisis levels, especially in the private sector through continued efforts to ‘unlock’ stalled investments. It will also be crucial to work towards higher domestic savings, particularly financial savings by containing inflation to facilitate positive real return.

Along with infrastructure, there needs to be emphasis on related areas like manufacturing and exports. This will go a long way in creating employment opportunities for the expanding labour pool. For example, the implementation of the Delhi-Mumbai industrial corridor and dedicated freight corridor may need to be expedited to get the necessary industrial clusters, which could enhance India’s manufacturing sector and exports. The power sector could benefit from integration of the southern grid, coal supply agreements, etc, the roads sector by devolution of decision-making power to the National Highways Authority of India, which could substantially speed up the work and awards.

Structural Issues
Besides sluggish growth, the problem of elevated inflation also needs tackling. To achieve low and stable inflation over a medium term, we believe that the structural factors behind high consumer price index (CPI) inflation need to be addressed through measures other than tight monetary policy. Structural drivers behind food inflation include rising minimum support prices (MSP), indexation of government administered wages, and the government’s food procurement mechanism. Policy actions such as offloading excess stocks, calibrating MSP with market prices and reducing suppressed inflation in administered fuel items will allow prices to move in sync with supply-demand dynamics.

Fiscal: Consolidation yes, but quality?
While India’s fiscal deficit seems to be going in the right direction, the quality of fiscal adjustment can be further improved. The present government has achieved close to 1.2 percent reduction in fiscal deficit as a percentage of GDP in the last two years. The new government will need to maintain the trends of fiscal consolidation and improve the quality of fiscal spending towards productive sectors. The subsidy spending has to be pruned while increasing expenditure on social infrastructure, bank capitalisation, etc. 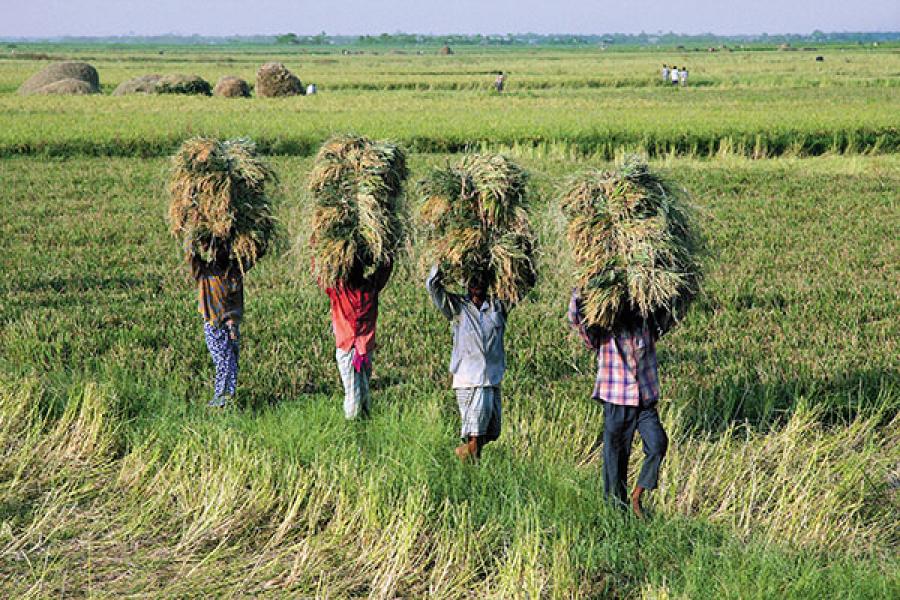 Image: Getty Images
Structural factors behind food inflation include the government’s mechanism of procuring food
Increased spending in social infrastructure in areas such as education and health care will still be a ‘productive’ investment for the economy and its human capital. Implementation of Goods and Services Tax (GST) and Direct Tax Code could streamline revenues and provide necessary buoyancy to both direct and indirect taxes. The GST, in particular, has been long-debated, and implementation is overdue. With a lot of groundwork already completed, the GST would be a low-hanging fruit for the next government to improve revenues and bring uniformity and efficiency to the tax mechanism.  The government may do well to demonstrate fiscal discipline from as early as its first budget.

Gold imports, the key driver behind the widening CAD, were effectively and significantly brought down by measures such as higher import duties and import restrictions.

In the event that gold import restriction norms are relaxed, it could lead to some widening in the CAD in FY15.

Over a longer term, efforts have to be made to divert investments from physical assets such as gold towards financial assets, without putting a restrictive import control like the ones currently in place. Besides gold, coal imports have also risen over the years due to inadequate domestic supply—a result of environmental and forest clearance issues. These can be eased by better coordination and speedy timely project clearances at the ministry level.

Continued efforts by the Project Monitoring Group (PMG) could help in this area, but far more needs to be done.

India: A piece of the global puzzle
Despite its macro weaknesses, India is enjoying the spotlight with the promise of elections lifting equity markets to new highs.

These strengths have already been acknowledged. India was recently ranked as the world’s third largest economy in terms of purchasing power parity (PPP) by the World Bank.

If physical infrastructure catches up and the economy offers a more conducive operating environment, India’s global importance will only ascend.

Tweets by @forbes_india
Suneeta Reddy: Linking the Health and Wealth of a Country
Arvind Panagariya: Key Reforms Must be Initiated Early On