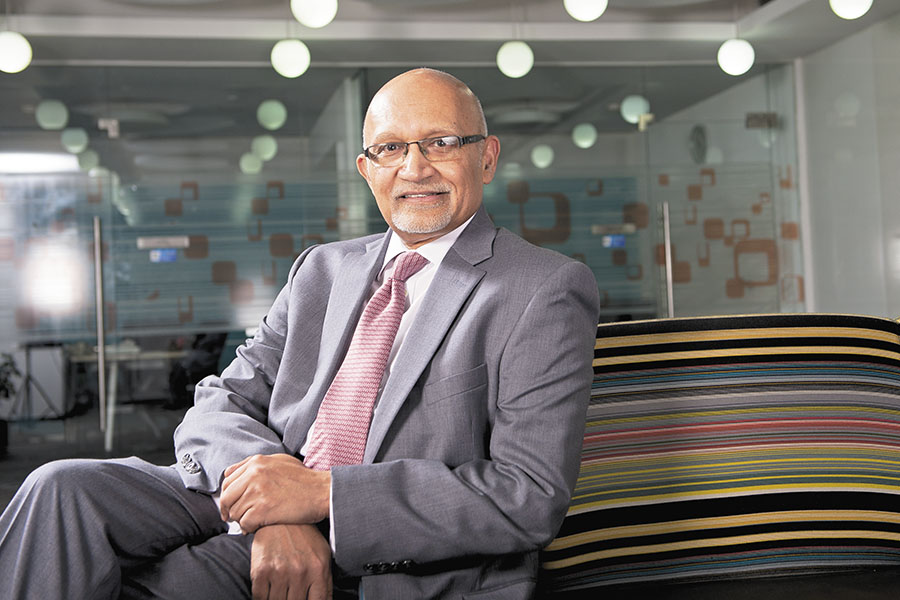 Arun M Kumar, 64, chairman & CEO of KPMG India, has had a chequered career. He co-founded three tech ventures in Silicon Valley and mentored many more. He led the trade and investment efforts of the Obama administration in the US as its assistant secretary of commerce for global markets and director general of the US and foreign commercial service. An expert in finance, he has worked to advance business practices in financial management. He has also authored Plain Truths, a book of poetry, and co-edited another, Kerala’s Economy: Crouching Tiger, Sacred Cows. The global consultancy firm is banking on his diverse experience to take its business in India forward. In an interview with Forbes India, he talks about Indian companies, its CEOs and what KPMG’s annual Global CEO Outlook survey has thrown up this time around. Edited excerpts:

Q. You’ve been here for four months. How do you see Indian CEOs and corporations faring in the current environment?
In the last four months, I’ve had a chance to meet a number of [Indian] CEOs and I am impressed by their global outlook and fluency. That’s been a reconfirmation of my previous impressions. When I was in the US government, I was quite involved with the US-India CEO forums and had a chance to meet many CEOs and was constantly impressed by how thoughtful they were of matters relating to India and the world at large. The survey, in some sense, confirms some of these things with really good data. You see that CEOs in India are quite cognisant of the geopolitical issues in the world today, more than they were in the past. That could lead to some interesting new trends.

Q. One thing which strikes us in the survey is that the threat from innovation still seems to be a bit lower down in the list of perceived threats for Indian CEOs. It’s an innovation-driven world today. Do you think that’s a little out of sync with what’s happening these days?
If you look at innovation and the customer and put those two things together and see them as a source of disruption, they [the CEOs] see that as quite important. In fact, I thought a big theme of it is awareness of disruption—from the customer, whether it is ecommerce, the millennials or things of that kind.

Q. But it’s still the lowest among perceived risks in the findings…
Compared to other risks… But you do find that Indian CEOs seem to recognise they haven’t done enough in the technology area; they want to bring in people on the executive team who have technological knowledge to add to the skills on the technology domain. But yes, you’re right. It didn’t rank right at the top. But a lot of it is also that when you’re running a business, operational risks are often on top of your mind. So, you’ll see the survey shows there is quite a lot of focus on operational risks. And sometimes, it’s the nature of the CEO’s job.

Q. Overall, based on survey findings, what is the state of the Indian CEO’s mind today?
The survey shows that Indian CEOs are highly optimistic about the world at large and even more optimistic about the companies [they run]. I would temper that optimism with the fact that there is concern about disruption and the need to add to the skill sets. What I also found interesting was that CEOs are talking about their own skill sets, like recognising the importance of emotional intelligence, of self-awareness and their own weaknesses. I think those are quite insightful.

Q. As much as 90 percent of Indian CEOs are confident about the prospects of their own companies. And yet we don’t have enough investments from the private sector. Is this again a disconnect?
You see, CEOs are always confident of the prospects of their own companies. Generally you will find that. This is an important statistic because if they were really worried about things, they would speak up.

Q. What are the major challenges that Indian CEOs face today?
The survey talks about some areas that are prioritised—the geopolitical environment, the changing customer, embracing technology, which can be either an opportunity or a threat, the whole idea of a data-driven enterprise and the awareness of cyber security, which is also seen as an important element.

Q. If you look at the top end of the big companies, are you seeing a sense of tech-driven, data-driven initiatives there?
In my conversations I am seeing a recognition that they need to do a lot more in the areas of data and digitisation. And anecdotally, based on my conversations, they do recognise they are behind on that… and the survey shows that too. These are among the largest companies. And the way they want to remedy that is by making sure they get the right skill set fairly high up in the executive chain, which makes a lot of sense.

Q. Last year’s survey showed the quality of the data itself is an issue. Has that been taken care of over the past year?
I think that’s very much a big issue… data quality, data integrity… and in fact, technologies are often very nifty but they don’t mean anything unless the data they are dealing with is consistent and accurate. But I’ve seen a lot of companies and banks looking at new approaches to managing large amounts of data. So, it’s early stages, but it’s an area that’s being addressed.

Q. You’ve spoken to some of the largest banks. They are fighting on two fronts: Bad assets and disruption from fintech companies. What are your thoughts on some of the sectors which are most vulnerable?
There are different kinds of challenges. The banking system has its challenges which are well recognised… many of the banks are seized with ideas of how to address those. And then from a data point of view, there is a different set of challenges.

Q. So, which are the two or three sectors that have to get their act together quickly?
We have seen the telecom sector being disrupted. We have to see what happens to the retail sector. These are the sectors which have seen disruption even globally. Financial services… there are banks around the world, which have no branches at all. So, I would say these would be some sectors which are on top of the mind. And then manufacturing, with robotics and automation… the whole approach to manufacturing is changing.

Q. There was a recent report which talked about the threat of digital to the automobile sector…
Look at Tesla. You can buy it online, they download the repair for you. It’s a computer that moves (laughs)! In the future, you won’t need to own a car. In the US, where I’ve just come from, the younger generation does not believe in owning a car. They just don’t. It’s the whole idea of the non-ownership society.

Q. From your perspective of having come from overseas, what’s your view on the way the Modi government has managed so far?
These are anecdotal, but in the months I have been here, I have not faced a single instance of load shedding. Not once. I remember just a few years ago it was quite common. Then you go to many parts of the country and you find there is surplus power, which again is unbelievable. Some years ago, you would have found it inconceivable. But I think that’s an area where there has been tremendous amount of progress. Of course there are issues around distribution, management, issues of collection, etc. But progress doesn’t happen smoothly. I think while ideas may have been there earlier, the current government has done very well on execution as well. I think there are many areas where progress is visible… power and renewable energy, highways, there are so many metros being set up… When you come from outside the country, you do notice these differences. There is progress. But yes, there’s a lot more to be done. This is a huge country.

Q. The other discussion is about jobs. That’s clearly one of the biggest challenges the country is facing…
That’s the whole idea behind programmes like Skill India. To create jobs, both in urban and rural India. We at KPMG are involved in some of those programmes. I would say that it’s a very important area. The whole education area, for instance, where some new reforms are just being rolled out. All of those will have a big impact on overall skills development. In the future, the ability to acquire new skills will become as important as the very skill you learn. Because in a few years, everything changes.

Q. On jobs, do you think as private investments kick in that will get corrected?
Infrastructure is one big way of creating jobs. The service industry is another that has to grow. India has a huge amount of infrastructure needs.

Q. How do you think the role of the CEO has evolved from, say, ten years ago?
The role of CEOs has always been complex because there are multiple stakeholders, multiple issues and disciplines that have to be dealt with. What I have noticed is things are changing so much faster and the technology of five years ago may not be the technology of the next five years. So being on top of the change is critical. No CEO can be knowledgeable about everything. A CEO has to surround himself or herself with different sets of skills at the top leadership. That is a critical element of future CEOs—they have to find that team where there are different skill sets. Technology, regulatory, depending on the industry.

Q. The longevity of a CEO is also becoming shorter…
Yes! It has become shorter. It’s not a high longevity job (laughs).

Tweets by @forbesindia
The Sawhney brothers: Increasing efficiencies at the Triveni group
The dark side of plummeting solar prices