Ratan Tata thinks out of the box: Jungle Ventures co-founders

Having the industrialist as special advisor has been a huge learning curve, say Jungle Ventures co-founders Anurag Srivastava and Amit Anand 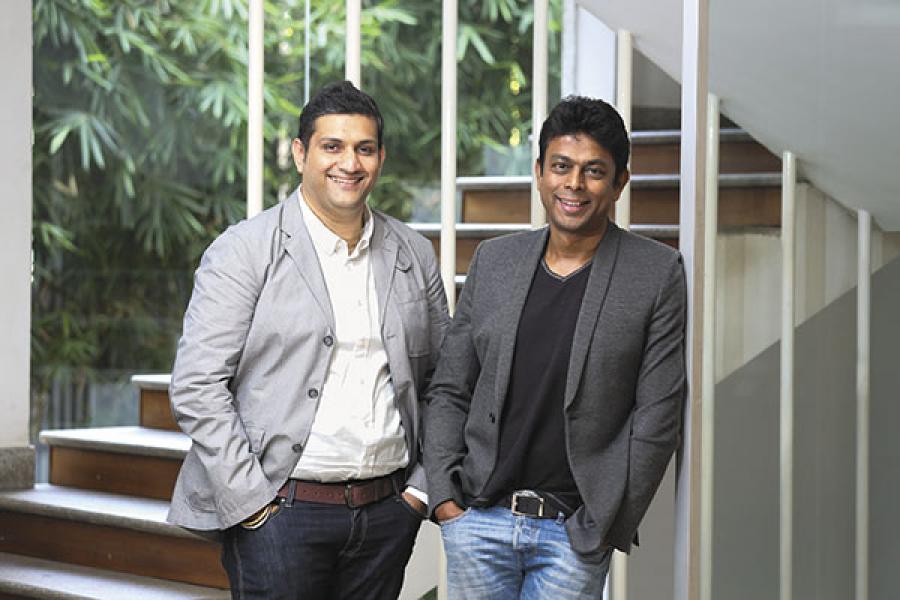 Singapore-based venture capital (VC) fund Jungle Ventures has scripted three noteworthy exits (Travelmob, now known as HomeAway, ZipDial and eBus) since it was founded in 2012. This January, Twitter acquired ZipDial, a Bengaluru-based mobile marketing and analytics startup in which Jungle Ventures was the largest investor shareholder. Anurag Srivastava, 49, and Amit Vedprakash Anand, 38, the founding and managing partners of the fund, which has invested in 30 startups in the Asia Pacific region, recently roped in industrialist Ratan Tata as special advisor.

Q. You both had a dream of creating an animation company. Is there any progress on that front?
Amit Anand: The reason we both met was because we shared a common dream of creating an animation company that would become the Pixar of Asia. I was foolish enough to attempt to do that from India in 2006, and failed miserably by 2009. I had founded Ettamina Studios that was doing original content for global markets. It was co-developing Intellectual Property (IP) content with Virgin Comics. In some sense, the idea was ahead of its time. Right at the same time, Anurag [Srivastava] became a successful entrepreneur. He had co-founded One Animation in Singapore, and when I met him, I helped him think about its growth based on my learnings.

Anurag Srivastava: One Animation was founded between late 2007 and early 2008. At that time, the Singapore government was very keen that the country becomes a hub for animation in Asia. It [the government] was giving a fair amount of grant and support for original content. Today, we have three animation IPs, which we own 100 percent: Rob the Robot, Odd Bods and Insectibles.

Anand: If you look at Odd Bods, it’s probably the first IP from Asia that has got millions of views online.

Q. How did you meet?
Anand: When I moved back to Singapore for work, I spoke to Jayesh Parekh [an angel investor and now managing partner at Jungle Ventures, who co-founded Sony Entertainment Television in India] about an idea of setting up a cross-border fund. I was the vice chair on the board of Business Angel Network Southeast Asia then. But Jayesh said Anurag and I should talk about this animation company as a starting point. That’s how we got together.

Eventually, we started working together on a three- to four-month assignment of sorts on One Animation. In a month, we got to know that we had similar philosophies about working with people and enabling people; we both were keen on creating big stories out of Asia and have similar views about wealth creation. I wanted to build a stable venture business in the region and there was a convergence of those ideas. That’s when we started thinking of Jungle Ventures.

Q. What differentiates Jungle Ventures from the others?
Anand and Srivastava: We started Jungle Ventures in April 2012 after raising $10 million from private investors in Singapore, the US, and Hong Kong. Our investment range is about $1-2 million. If you compare us to other seed funds, on an average, we invest three to four times more. Even in ZipDial, we were the single largest investor shareholder. That will almost, always be the case. We are on the board of a company we invest in; that’s a given. We get operationally involved with the company. However, we don’t look to replace the founders, we only look to amplify and add value to their skill sets. We are better enablers than doers. Our strength is not in the first 12 months of a company’s existence, but from that point onwards.

Q. What’s your benchmark?
Anand: If you look at Andreessen Horowitz—the fastest growing VC firm in the US—two things are common between their story and ours. They work with stalwarts in the US. They have a special advisory pool that combines business experience and political connections to help their portfolio companies. [In July, Jungle Ventures roped in Ratan Tata as its special advisor.]

The other commonality, and you will see this happening a lot more at Jungle, is Andreessen Horowitz has eight or nine investing partners, but 98 operating partners (OPs). The difference is that the investing partners do deals, invest in companies and sit on boards. But the OPs get involved with their portfolio companies in different areas. There is a hiring team within the OPs that does the recruitment for all their portfolio companies. Imagine that kind of value proposition for founders in Asia! That’s what Jungle Ventures is trying to do. We are literally putting a lot of our fees back into the system to hire these OPs to help support our portfolio companies. At present, we have close to 15 OPs who have spent 10 to 20 years in functional areas like finance, products technology, marketing, and public relations. These OPs are exclusively available to our portfolio companies, who would otherwise never be able to hire someone like them.

We are not reinventing this model; large funds like TPG have always done this. We are just bringing the OP model to a company at an early stage when the impact is highest. First-time founders need all the help they can get.

Q. Was it easy to get Ratan Tata on board?
Srivastava: I had met him 15 years ago when I was involved with his company. So through someone I had worked with at that time—who still works with Mr Tata—we approached him. We talked to him about our story. He remembered that he had interacted with me over a decade ago, which is amazing. He said, ‘I like what these guys are trying to do’ and agreed immediately.

Q. How have Mr Tata’s interactions with your portfolio companies been?
Anand: I thought there would be a little bit of friction between these young, technology-only-focussed founders and Mr Tata, who comes from the traditional brick-and-mortar industry. But credit goes to Mr Tata. He is toe-to-toe with our founders.

He had questions which stumped one of our founders and we had to step in and help think through that discussion. He’s very clued in and certainly thinks out of the box. In my opinion, he’s not being held back by his experience; he’s in fact challenging why things will change for some of the brick-and-mortar companies with what is happening in the technology world.

He’s extremely encouraging and always offers constructive feedback. I’ve seen him to be a logical thinker, who thinks ahead of everyone else.

At one of the meetings where he heard a pitch by one of our founders, Mr Tata had thought 20 steps ahead about one problem, which would have a major impact on the business. We spent 45 minutes discussing that issue. At the end of that discussion, the founder went back with a great solution to that problem. And it’s not an issue that was going to bother him today, but he has his plans set out for that.

Tweets by @forbesindia
Debt and deceit: Preying on those sinking under student loans
Liberal arts colleges: Incubators for poets