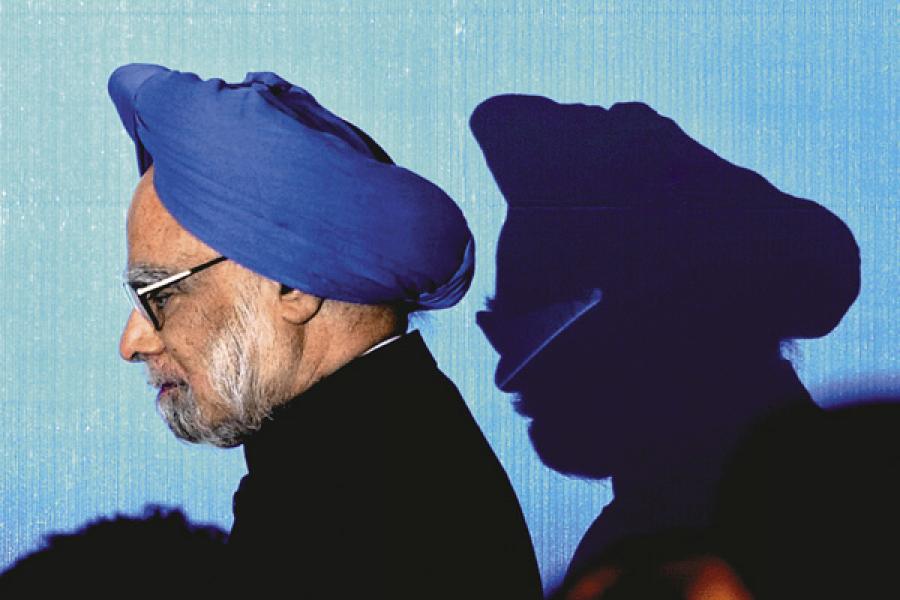 Kiran Bedi is convinced that the UPA government’s reluctance to give the proposed citizen’s ombudsman, the Lokpal, control of the Central Bureau of Investigation (CBI), the country’s premier investigation agency, is due to skeletons that lie buried deep in the agency’s cupboards.

The day Parliament was to discuss the Lokpal Bill, the social activist tweeted:  “All skeletons of suspects are lying buried in CBI cupboards, which is why government is keeping the key of administration with it and Lokpal away.”

But even before Anna Hazare and his team, of which Bedi is a part, tried to free the CBI from the government’s grasp, the Centre had worked overtime to keep the agency out of the right to information law’s purview.

A week before Prime Minister Manmohan Singh announced the setting up of a joint parliamentary committee to look into the 2G spectrum scam, the CBI, which was leading the investigation in the case, had quietly made a demand of its own.

In February 2011, the CBI wrote to its parent, the Department of Personnel and Training (DoPT), pointing out a nagging problem: Officers handling investigations, who are known to speak their mind during discussions, were apprehensive that their impressions about suspects and the line of investigation could make their way to the public through right to information applications. And this, the agency felt, could compromise its chances in the courts.

The department sought an exemption from the RTI Act on the lines of a similar waiver given to intelligence agencies and some paramilitary forces.
When the bureau tried to wriggle out in 2007, a committee of secretaries concluded that the CBI, unlike other agencies, didn’t deserve to be kept out of the ambit of the RTI Act since it was not a department that was primarily concerned with intelligence gathering or national security.

Headed by the then cabinet secretary K.M. Chandrasekhar, the panel felt that the CBI could lean on clauses in the Act to keep some information confidential if their disclosure would be against national interest.

Documents relating to the exemption accessed through a RTI application suggest that on May 13, 2011, another committee of secretaries set up by the DoPT to consider the same proposal, relied on an opinion of the attorney general to keep the CBI out.

In a written opinion given four days before the panel was to meet, Attorney General Goolam E. Vahanvati said the CBI also dealt with matters pertaining to intelligence and that these cases would be compromised if the institution was exposed to the Act.

Pointing out that the CBI had investigated several cases connected with the security of the country, such as the hijacking of the Indian Airlines (IC 814) and the Mumbai blasts, Vahanvati reasoned that a limited exemption for the agency also wouldn’t work.

“A qualified exemption will have serious consequences with respect to other intelligence/security organisations already notified. Such a truncated exemption in the case of one agency may lead to serious questions being asked as to why other agencies specified in the Second Schedule may not be similarly placed, something which is not at all justifiable or feasible. Such an approach, in my opinion, will render the whole process of exemption nugatory.”

Recently, RTI applications helped reveal information on the 2G scam and on contracts given out for the Commonwealth Games that eventually landed some UPA leaders in soup, and later in jail.  Critics say the decision to exclude the CBI was aimed at thwarting potential revelations that could erode the government’s credibility.

“The manner in which the file was pushed through and the timing of this decision is suspicious,” says C.J. Karira, a Hyderabad-based activist who has got the papers on the decision-making process through an RTI application. After all, nothing has changed between 2007 and 2011 that helps the CBI’s case for exemption. “The CBI’s charter continues to remain the same as it was in 2007,” says Karira.

Interestingly, the CBI was set up as an anti-corruption agency and it’s only since the 1990s that it began to tackle cases related to terrorism and security. 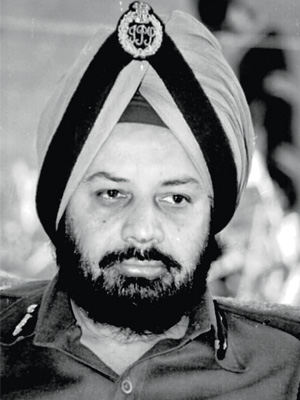 Image: Indian Express Archive
QUESTIONS UNANSWERED Former CBI director Joginder Singh is surprised at the haste to keep the intelligence agency out of RTI
The agency traces its origin to the Special Police Establishment (SPE) which was set up in 1941 by the Government of India. The functions of the SPE then were to investigate cases of bribery and corruption in transactions with the War & Supply Department of India during World War II.

Even after the War, the need for a central government agency to investigate cases of bribery and corruption was felt and, as a result, the Delhi Special Police Establishment Act was brought into force in 1946. The DSPE acquired its popular current name, Central Bureau of Investigation, through a home ministry resolution in 1963.

Former CBI director Joginder Singh is surprised at the haste to keep the agency out of RTI. “If you wanted to keep some information out of the public domain, the government could have done so. Where is the need to keep the entire department out of the ambit of the RTI Act?” he asks.

Documents show that the file moved so fast that in three months as many as 45 DoPT officials signed the exemption. Former cabinet secretary K.M. Chandrasekhar, CBI director A.P. Singh and the DoPT declined to comment on the issue.

Joginder Singh added that the RTI could be used to find out if there were any anomalies in cases that were closed for lack of evidence. “The recent cases of corruption against the government could have definitely played a role here. It is possible the CBI had moved for the exemption at the behest of the government.”

Days after the decision was taken, former chief of the Central Information Commission (CIC) Wajahat Habibullah wrote to the Prime Minister pointing out that the CBI was not fit for exemption under the Act.  “...given the prevalent public mood around the country against corruption, exempting the CBI could be counter-productive,” said Habibullah in his letter of May 20.

“The CBI is not involved in collecting intelligence of any kind nor does it perform any security related duties unlike other law enforcement agencies.”
Habibullah is credited with laying the foundation of the CIC, and raising its capacity to deal with thousands of applications every day.

Officers in the CIC say that in 2010-11, about eight lakh RTI applications were filed by departments that functioned under the Central government. If RTIs filed in state governments are included, the number was about 20 lakh.

A CIC officer, who did not wish to be identified, says that a number of signals from the government indicate that it was uncomfortable with the flurry of applications. “We have tried to hold discussions with the government on several occasions seeking their help in getting ministries to move faster on applications. But in recent times, they seem to be short of hearing,” he says.

Recently, Prime Minister Manmohan Singh said the law shouldn’t hurt the deliberative processes in the government. “Even as we recognise and celebrate the efficacy and the effectiveness of the Right to Information Act, we must take a critical look at it. There are concerns that need to be discussed and addressed honestly,” he said.

A public information official with National Highways Authority of India says that the Prime Minister has a point. “We are flooded with so many requests that at times the regular functioning of the body becomes difficult,” he says. Many requests come from companies and contractors with ulterior motives, he adds.

But Arvind Kejriwal, one of the key figures in the movement for right to information, says transparency was the larger good and therefore had to be pursued. “The government does not want the CBI to remain a credible and honest department. And all these attempts are towards ensuring that the agency is forced to remain under its control.”

Tweets by @forbes_india
India Is Its Own Worst Critic 4
Mohandas Pai: Skill Searching