The Human Factor - An Interview with Homi Bhabha

In a lucid interview with Forbes India, Bhabha talks about the role of humanities in modern society, the lack of public debates and why we distance the other 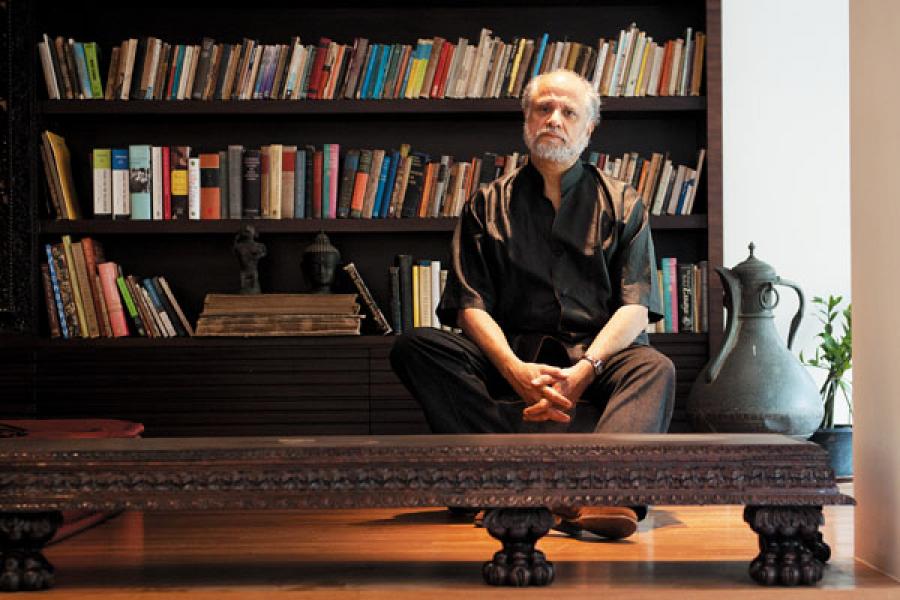 In a world where to be respectable you must adopt a scientific approach, what can Humanities teach us?
Today, there is really a flood of information. What the humanities as a set of disciplines has always encouraged, is to see how important interpretation is. Facts don’t speak for themselves because everybody is massaging the facts one way or the other. It is not a dishonest thing but everybody represents facts in a particular way. So what humanities does, is it takes information and through the process of interpretation turns it into knowledge.

Is there a simple framework that you use as a first step to starting a process of interpretation?
Yes! The first step to start an interpretation is to look at the density of information. I would not look where somebody makes an outrageous statement, or [puts out] outrageous statistics. Where you have a build-up of facts is where I would start active interpretation. Through that active interpretation you can build up a knowledge system and say, on the basis of studying these facts — which have certain density, some are right, some are wrong — I begin to get a picture [of] how this particular problem is constituted or where I need to go to explore this problem.

But from whose point of view should one analyse the issue? The shareholder, the citizen….
The great tradition of humanistic scholarship over several hundred years says it should be for the benefit of mankind. The benefit of mankind suggests that the benefits be open to as many people as possible without silencing those who may be in minority. Without this you won’t have democratic processes. “Who is benefitting from this?” If this question cannot be posed freely, you cannot have a democratic society.

Take for instance, long working hours. If your job demands [that] of you, involuntarily, you work 17 hours a day; but it will have huge implication on your personal life. That needs to be addressed. This issue, for instance, came up on the highest level in the UK, when many Parliamentarians said, “These parliamentary sessions go on for so long because somebody wants to raise an issue. Sometimes we are getting three or four hours of sleep, we are not able to return to our families in the evening, we neglect our important commitment to our families, to our communities because the way our job is structured, we are there late into the night. This cannot be a good way.”

Why don’t people like you raise this in a public debate? In earlier times Albert Camus and Jean-Paul Sartre engaged in public debates over crucial issues.
I, myself am a great admirer, like you, of that period and those public debates. I think what has happened is people want to be public intellectuals but publications do not give them the space because ideas, now in the media, are taken  much less seriously than giving information. Nobody wants to have that place in the news media today for various economic reasons or various political reasons. I think that’s one of the issues. Second reason is that education has become so technological and vocational generally, the knowledge that you need for such debates is wider.

Both Sartre and Camus were basically writers; yet they were interested in politics, culture, history et al. You don’t have the same kind of humanistic basis for education now.

True, people will question your credibility in having an opinion on a subject you do not specialise in. You are not a telecom guy, how come you have an opinion on that, for instance?
But that’s an effect of this highly separated, technological vocational education. If you are given this large humanitarian liberal arts education, and this is one of the great strengths in the United States where the first two years are spent in a wider education, you begin to have that confidence in your capability of making connections. [Education should] allow you to make connections between disciplines and between different forms of knowledge.

The Greeks used to call everyone other than them, barbarians. In ways we still treat the “other”  similarly. Why?
You see them as a threat, you don’t want them. You want to be able to create a world which you and your own people can occupy and get all the benefits. So this kind of exclusion occurs very often when there are major political and economic benefits to be gained. At that point, nothing is more effective — in a most tragic sense — than saying this person is a Hindu or this person is a Muslim or this person is a Parsi or this person is a Jew.

And around these different kinds of notions of identities is creating stereotypes. [For instance], ‘Parsis, they have no real commitment to India!’ I am saying, in times of political tension, the easiest thing is to scapegoat people, whose language is different, whose religion is different, whose culture is different and build around them ideas of aggression or violence. To take your violence and project it on them, so you can always say I am being attacked by these people.

In India, we have a running debate between economic growth and preservation of a way of life of, say, tribals. How would you analyse that?
Can an individual or a small community stand in the way of development? That happened in England when they set up the channel tunnel. Some people said we will not move you can do what you like. People who said that were in minority and what they wanted was a proper recognition of what they would lose and a compensation for the loss. And that’s the important thing. You just can’t say, “You are anti-progress”.

Those who may not be a part of progress, even they have a history, they have a culture, they have a home, and they have land. So it is a part of education for civil society to first make them feel that we are in this together and secondly, to recognise their loss and to compensate them; so that they can construct a form of life which seems suitable to them.