How to Build a High-Performing PC by Yourself

The ease and affordability of buying off-the-shelf devices make them hard to resist. But putting together your very own computer still makes sense, and how

In the post-PC world, building your own computer seems like a quaint anachronism, a dying ritual harking back to an age when Microsoft and Intel ruled the PC world and Apple only made machines used by graphic designers.

Back then, building your own “custom PC” was the more affordable way to buy a computer, in case you didn’t have the pocket for branded PCs that cost between 50 percent and 100 percent more. But then, our economy got liberalised and the global tech industry got commoditised. Falling import duties combined with global manufacturing moving to China and Taiwan, which could crank out reliable PCs and components by the tens of millions at unbelievably low costs. The differential between branded and custom-built PCs started disappearing. Laptops became much cheaper. And, finally, with the advent of post-PC smartphones and tablets, people started giving up their desktop PCs altogether.

Of what use is a desktop when your latest tablet sports a quad-core processor and 2GB of memory? Who wants a noisy and ugly old box with wires criss-crossing its dusty body when you could have a gleaming unibody aluminium-and-glass iMac?

Well, for beginners, you should. 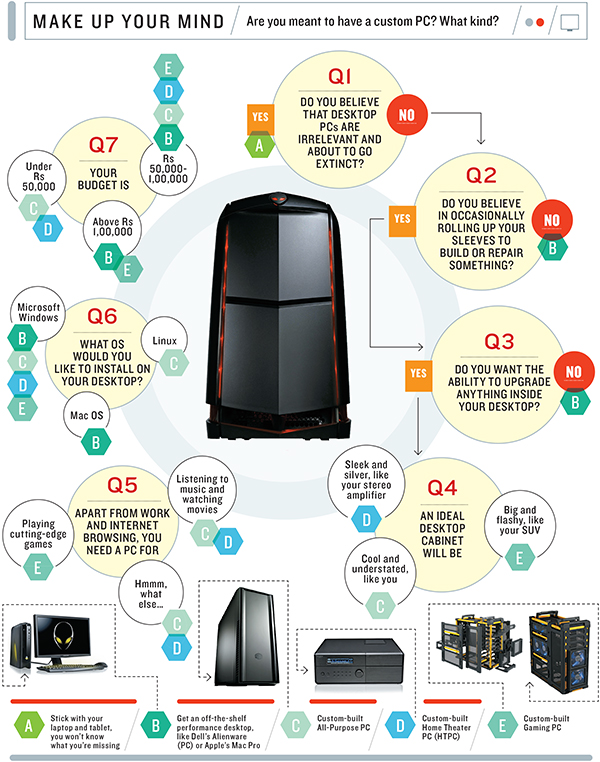 Not for the cost, no, because there isn’t much to be saved there. And not for the mobility either, because unless you’re a 14-year-old gamer who lugs his machine to gaming ‘LAN parties’, your desktop is pretty much immobile.

Instead, build yourself a powerful machine because you’re tired of being told by manufacturers what you can or cannot do with your hardware; because you want to experience raw computing power that is more than all your computing devices put together; because you want to listen to your music in loss-less form with the quality that only expensive audiophile equipment can provide; because you want to hunt Taliban terrorists in a Karachi dockyard at night at a resolution so stunningly realistic that your friends with the Xbox and PlayStation will envy you; because no one else is guaranteed to own a machine like yours, unlike the case with most other computing devices you carry; because you don’t believe that the future of technology should be components glued together in a way that you can’t touch; and because after snapping and screwing together heavy, cold and beautiful pieces of technology you will be left with a beast of a machine that will serve you faithfully for years and years on end.

But let’s be clear, this isn’t your cup of tea if you believe the iPad is the pinnacle of computing technology. Or if you feel your Dell laptop is powerful enough for all your needs.

You could also pay a premium to get your raw computing power fix from a well-known maker, like Dell’s Alienware line of performance PCs or Apple’s Macbook Pros, if you want to avoid any DIY work. The two aren’t necessarily comparable, kind of like the same way a brand new Ferrari isn’t comparable to a painstakingly restored late 1960s Ford Mustang.

Interestingly though, by building your own PC with components you directly buy from retailers, you will get warranties that are much more comprehensive than the standard one-year you get with branded machines. Retail components usually come with warranties ranging from three to five years, not to mention the fact that they also tend to be more reliable than their counterparts from original equipment manufacturers. 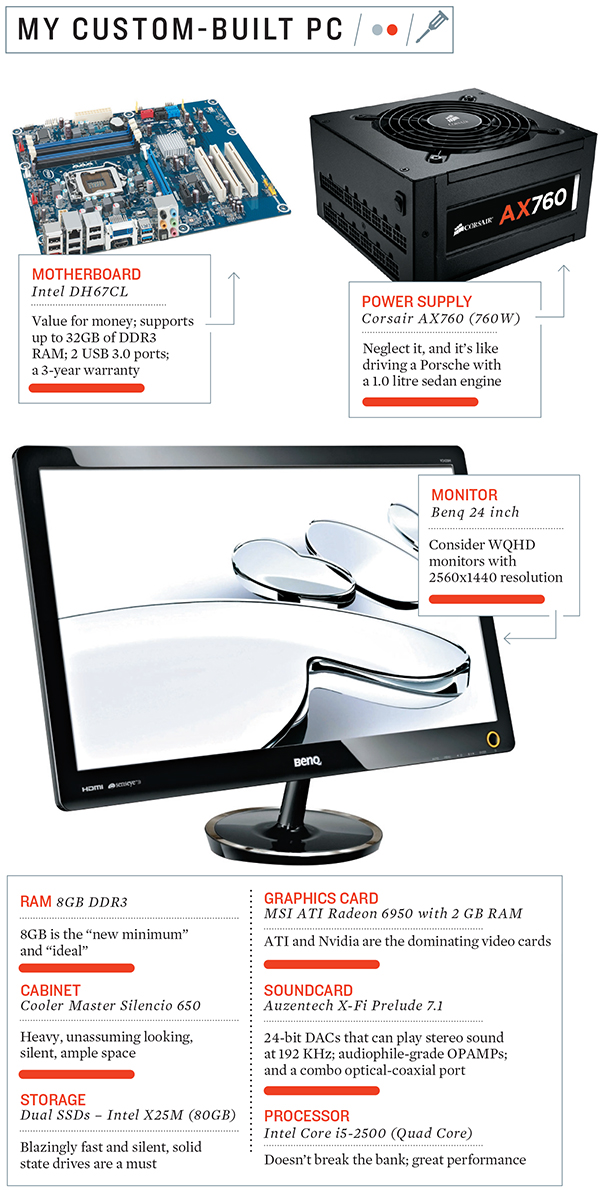 A DIY Guide to putting together your custom PC 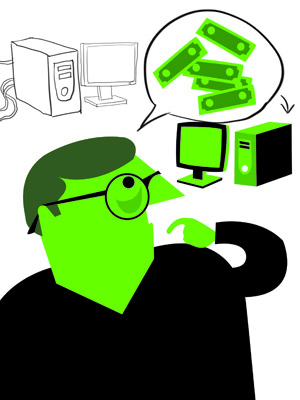 Allocating your budget
Time was when Intel’s processors would be the most expensive component in a PC. But today that position has gone to the graphics card, the component that does the heavy lifting of video signals on ever-increasing screen sizes. In the two-horse race between ATI (now owned by chipmaker and Intel’s rival AMD) and NVIDIA, the former has had a better range of products and innovations for the past couple of years, and hence may be a better choice. Get one with at least 2 GB of RAM.

The main chip is also a two-horse race between Intel and AMD, with Intel being a safer and more reliable choice. Whichever one you choose, make sure it’s quad-core.

Once you’ve picked your graphics card and main processor, pick the motherboard that is going to be the ‘foundation’ atop which you will build your PC. Select one that can support your picks, offer multiple high-speed USB 3.0 ports, and offer enough expansion slots so you can add a couple more components in the future. The three of these will usually corner around 50 percent of your budget.

If you’re an audiophile, getting a good soundcard can be slightly tougher because most people don’t use a PC to listen to high-quality audio and hence the choices are limited. Forget marketing fluff like ‘Dolby Digital’ or ‘THX’ certification, and instead look at SNR (signal to noise) ratios, the quality and sampling rate of the DACs (Digital to Analog Converters) and better output choices like coaxial and optical.

With your main ‘processing’ needs taken care of—core, video, audio—turn your attention to memory and storage. Go in for 8 GB of RAM even though a retailer or your friend might tell you 4 GB is sufficient. The price differential is too small to even consider 4 GB. When it comes to storage, definitely get a solid state drive (SSD). These drives don’t have any mechanical or moving parts, are blazingly fast, and don’t make any noise. Sure they’re still pretty expensive, GB for GB, when compared to regular hard disks. But the speed and silence will make it worth the price. You could also go in for a newer range of hybrid drives that combine regular hard drives and SSDs.

We’re not through yet. To power such a cutting-edge set of components you will need a power supply that is powerful as well as efficient. Pick one that can supply at least 600W at a power conversion efficiency of 85 to 90 percent. They won’t come cheap, but you don’t want to scrimp on your PC’s power plant.

Housing all of these components will require a solidly built and roomy case that is also silent. Don’t ever make the mistake of getting a slim or sleek one, because it will be too cramped inside for all the components. Remember, you are not building a PC that will look good in the hifi rack, but one that can perform almost any task you want in the blink of an eye. Optimise function over form. Large cases may look ugly, but they’ll keep your components cooler and quieter.

Finally, the monitor. Here’s where you have a great advantage over laptops, tablets and smartphones. If you can afford it, get a 27-inch LED monitor that supports WQHD resolution (at 2560x1440, nearly 40 percent more resolution than ‘full HD’). Otherwise get a 24-inch full HD one. There is lots of research that shows how we become more productive while working on larger monitors with higher resolution. 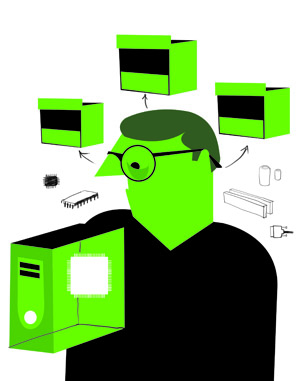 Where to buy the components from
Components are best bought from the local PC component market, like SP Road in Bangalore, Nehru Place in Delhi or Lamington Road in Mumbai. Walk around the market, check the prices at a couple of stores, and don’t get hustled. A good retailer in any of these markets will be able to provide you all the components you need, even if he doesn’t stock it all himself. You could also buy them online, albeit with lesser range and without the comfort of meeting the retailer in person (in the minor eventuality something does go wrong with one of your components, you’ll be contacting him). The three best online options are Flipkart.com, Ebay India and TheITDepot.com. 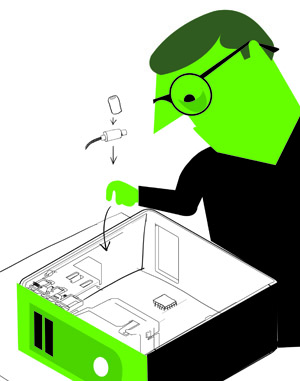 How to put things together
Funnily enough, it’s the assembling itself that will take you the shortest time: Between 60 to 90 minutes if you’re doing it yourself, while browsing through manuals, or about half of that if you choose to let your component retailer assemble it for you in his outlet. Modern cabinets are designed to be modular, screwless and easy-to-access.

Four types of PCs
The beauty of PCs, unlike the ‘you-can-have-any-iPad-as-long-as-it’s-black-or-white’ alternative of the post-PC era is that no two custom built PCs are the same. Depending on your preferences, needs and budget, you can create a PC that is fine-tuned to serving you best. Here are four broad options:

Audiophile PC
Listening to your collection of loss-less music will require a PC that doesn’t generate any noise of its own, and looks perfectly at ease next to your hi-fi gear. The Zalman HD503 fits the bill. It also comes with a Microsoft Windows-compatible remote control. But do make sure that you get an audiophile-grade soundcard inside. 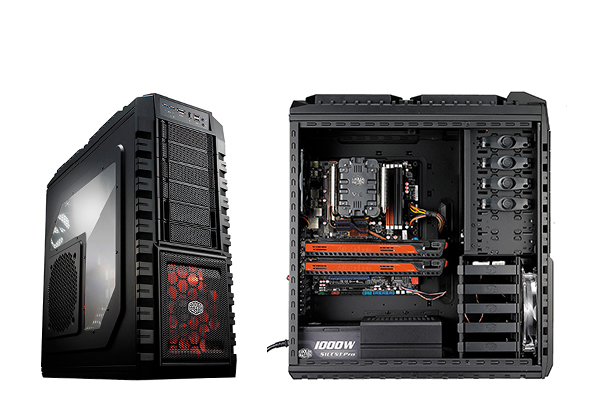 The Gamer PC
If you’re a dedicated gamer, go in for the Cooler Master HAF X, the flagship model in the company’s ‘High Air Flow’ series of cases that promise to keep the fastest quad-core processors and multiple video cards (no self-respecting gamer would have just one) running cool. 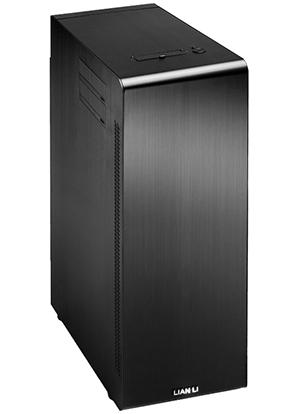 The All Round Performance PC
Starting with the deceptively simple, all-aluminum case from Lian-Li, one of the most highly respected case makers out there, go on and add a processor, high-capacity power supply, video card, soundcard and hard drives (at least one of which should be a solid state one) before topping it off with about 8GB of RAM. This machine will chew through anything you throw at it. 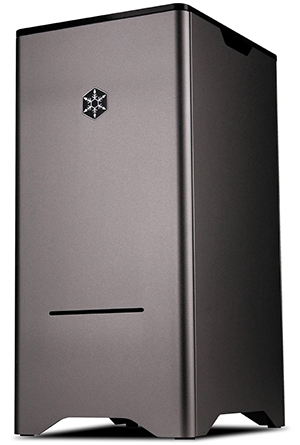 Home Office PC
If what you require is a solid and reliable PC that won’t take too much space in your home office, while retaining enough space inside to accept component upgrades over the years, go for the Silverstone FT03.

Tweets by @forbesindia
India's Agri-Biotech Cliff
Will Firefox be the Newest OS for Smartphones?