With the opening of the Belle Mont Farm resort and a bold plan for expansion, can St Kitts become another St Barts? 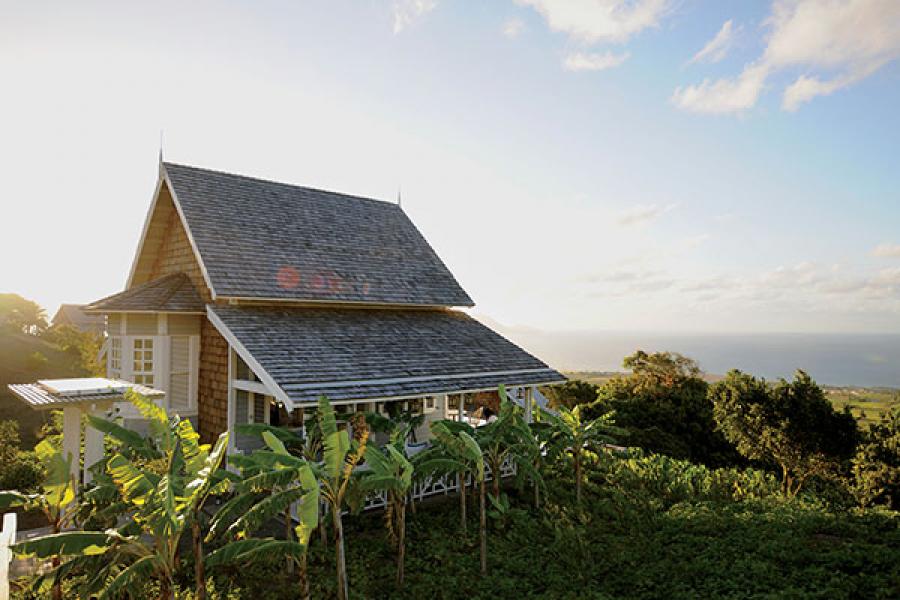 A luxury resort that starts at over $2,000 a night might seem like a strange way to bring about social change but not if you are Val Kempadoo. The 52-year-old Trinidadian entrepreneur is the mastermind behind one of the most anticipated hotel open- ings in the Caribbean: Belle Mont Farm, set on verdant hills between Mount Liamuiga and the Caribbean Sea on the island of St Kitts.

With its 84 guesthouses and 7 four-bedroom farmhouses, Kempadoo’s hotel is trying to make hospitality terms such as “sustainability”, “eco-friendly” and “social responsibility” actually mean something to the local economy. Belle Mont Farm, which opened in December last year, is part of a 400-acre Kempadoo project situated on organic farmland, known as Kittitian Hill. “This venture is about redefining sustainability and social justice in the Caribbean tourism industry,” says Kempadoo, who worked as an organic farmer in his youth.

To start, almost everything that is served in Belle Mont Farm’s Kitchen restaurant—overseen by executive chef Christophe Letard, a veteran of Relais & Châteaux properties in Europe and the Caribbean—is either grown organically on-site or sourced from St Kitts or nearby Nevis. Belle Mont Farm also features local architecture and predominantly local staff and labour (around 90 percent), and seeks to establish a centre for Caribbean culture on its premises.

It’s an endeavor, however, that goes beyond farm-to-table dining with Caribbean flavors. There’s a clear economic mission embedded in Kempadoo’s plan. In the rest of St Kitts’ hospitality industry, Kempadoo claims, only around 10 percent of revenue stays on the island. By hiring locally, Kempadoo believes he can retain 75 percent or 80 percent. “It’s a purpose with a hotel wrapped around it,” he explains. “This is my revolution.”

Even the Kittitian Hill golf course is part of his social and environmental plan. The Ian Woosnam-designed course is edible—think mango picking on the ninth hole—and closed one day a week for weeding, the easiest way to keep a chemical-free golf course in prime condition.

Naturally, Kempadoo plans to run the whole $400 million development, which will eventually include a spa, an open-air cinema and a lower-priced 200-room hotel, entirely on renewable energy. 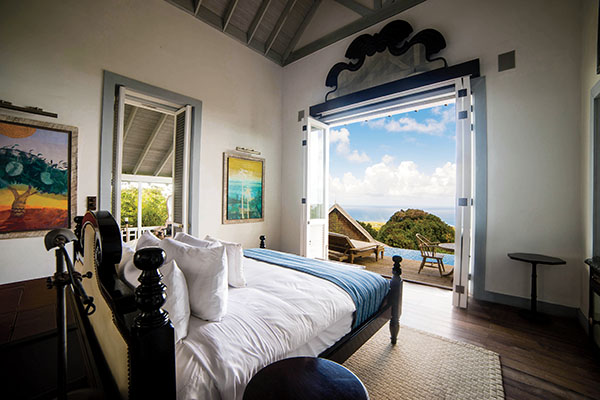 Like a Caribbean Steve Jobs, Kempadoo has an unwavering commitment to the ethos and style that govern his Caribbean creation. “I have become very defensive about my vision,” he says. Which means you won’t find a hamburger or steak on offer, since there is no local beef industry. And there will no doubt be guests who want Alaskan king crab and Norwegian salmon, now and forever absent from the menu. But that is simply not the Kempadoo way.

For those who imagine that resort sustainability means open-air tents and backpacks, Belle Mont Farm offers a pleasant surprise. The guesthouses and villas are stocked with Frette linens and towels, four-poster beds, individual plunge pools and private verandas. Even the outdoor bathrooms are fitted with numerous luxuries, including claw-foot tubs.

The renowned architect Bill Bensley—who designed the Four Seasons on Koh Samui, among other luxury properties—brought a style to Belle Mont Farm that combines the grandeur of stone and arched columns with a strong Caribbean influence, basing the villas on designs common in the West Indies.

With Belle Mont Farm, Kempadoo expects to make St Kitts, which is lacking in high-end hotels (although the Park Hyatt recently broke ground on the other end of the island, at Christophe Harbour), a new destination for the Gulfstream set. And yes, a new private airstrip is in the works.

What won’t be apparent to guests is that Kittitian Hill was a feat of clever financial engineer- ing conceived by Kempadoo, who says he invested $3.5 million of his own money in the project. The rest came from outside investors, mostly through the St Kitts Citizenship by Investment Program. In exchange for the country’s passport, foreigners were asked to make a minimum $400,000 investment in government-approved projects. Kempadoo was the first developer in St Kitts to use the programme to fund a project. And to much success: 85 percent of his investors came through it.

Leading up to the opening of Belle Mont Farm, Kempadoo went on a global road show. “I sold it off pictures of a bunch of grass,” he recalls. Albeit grass that came with panoramic ocean views. With his stirring pitch about a sustainable hotel in the Caribbean—and the promise of a passport, particularly appealing to elites from developing countries in eastern Europe, Asia and the Middle East—Kempadoo sold $100 million worth of preconstruction real estate.

As for whether Kittitian Hill represents the perfect synthesis of his social values, environmental principles and business acumen, Kempadoo is diplomatic. “I would ultimately like the ownership structure to be returned to the people of St Kitts,” he says, equal parts capitalist and idealist. “Maybe through an IPO.”