The painting's on the Wall for Thierry Noir

Twenty-six years after the Berlin Wall came down, Thierry Noir—the first artist to paint on it—talks about his life and times in a city divided 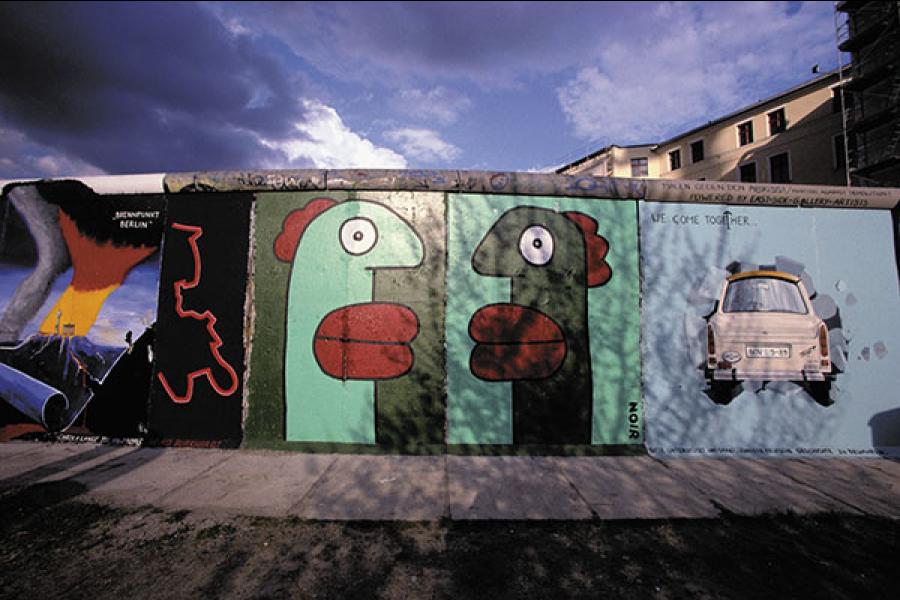 It all begins with a thought. The building of an edifice of epic proportions and monumental importance, the waging of a great war with bloody and devastating consequences, or the painting of a work of art that will someday be known the world over for its impact and the chain of events it sets off.

So it was when Velvet Underground front-man Lou Reed sang his ode to Berlin:
In Berlin, by the Wall
You were five foot ten inches tall…
It was very nice
It was paradise.

Twelve hundred kilometres from Berlin, in Lyon (France), a young man listened earnestly to the crooning, unaware of the fact that Reed had written the song while in the USA, without having once visited Berlin. For the impressionable Thierry Noir, who’d already spent much time wondering why his idols—the likes of David Bowie and Nina Hagen—had drifted towards that very city, this was it. Deciding that if he really wanted to find out what it was about Berlin that drew creative minds to it in droves he’d have to go there, he packed two suitcases and got on a train, with a one-way ticket stuffed in his pocket.

“If I had a return ticket, I’d have left immediately because I was so afraid,” says the 57-year-old, sitting in his atelier in Schoneberg. Thirty-three years have gone by, but it is evident as he groans and buries his face in his hands that the memories of that first impression of West Berlin in 1982—the strange light and yellow tiles of Bahnhof Zoologischer Garten, the sight and smell of drunken people, some of whom rather unpleasantly seemed to have relieved themselves in the station, and the incomprehensible chatter of a foreign language—still bring back feelings of dread and uncertainty. But he didn’t have that return ticket that he longed for, and so he stayed.

West Berlin, back then, was a world where the latest cars carried the most glamorous movie stars and musicians to the most decadent parties, where clubs raged all night long and life seemed so wild, so good, so free. But lurking in the shadows of the glitz, Noir says, was the reality of the Iron Curtain. This, melded together with the dissatisfaction of the Baby Boomers (who had grown up to find that space was scarce and squats all over the city were being closed down by the then mayor Richard von Weizsäcker, leaving thousands homeless) meant there was another side to the city—a dirty, sooty side often swept under the rug.

“It was a bizarre time,” Noir says, his brow furrowed and a faraway look appearing in his grey-blue eyes as he describes the city’s murky underbelly. It was a time when der Schwarze Block, or Black Bloc, protesters would march silently through the streets, only their footfall disturbing the night, before they’d break off and destroy entire neighbourhoods, and then go back to the silent marching. 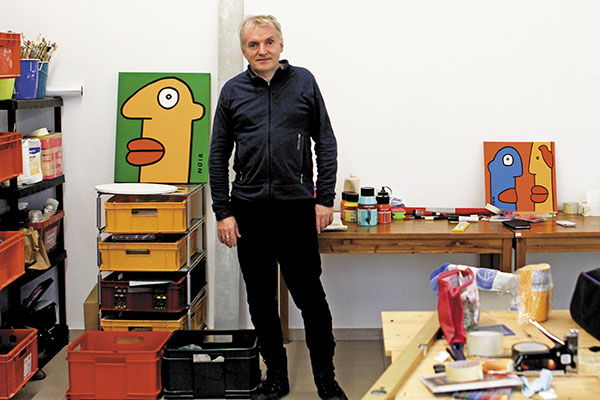 Image: Vaishali Dinakaran
Noir in his Berlin studio, with two of his recently completed works behind him

It was the reality of this time that Noir, as a young tourist kicked out of his digs after just two days in West Berlin, was acutely aware of. Reed’s lyrics, ironically enough, helped him through these tough times. He decided to walk along the Wall in search of the life that Reed had called paradise in his song. And he found a room for himself in a youth hostel, the Georg von Rauch-Haus.

“Not to get crazy in the artificial life of West Berlin, it was important to fill yourself as a human being and to create something of your own,” he says. He had begun telling people that he was multi-talented, that he could sing, dance and paint, of which only the first two were true and tested, for he didn’t want to come off as “the village idiot” in the sea of creative people he encountered. He did, however, hope to find a way of life that suited him. “I was fired from every job I did in Lyon,” he says matter-of-factly. 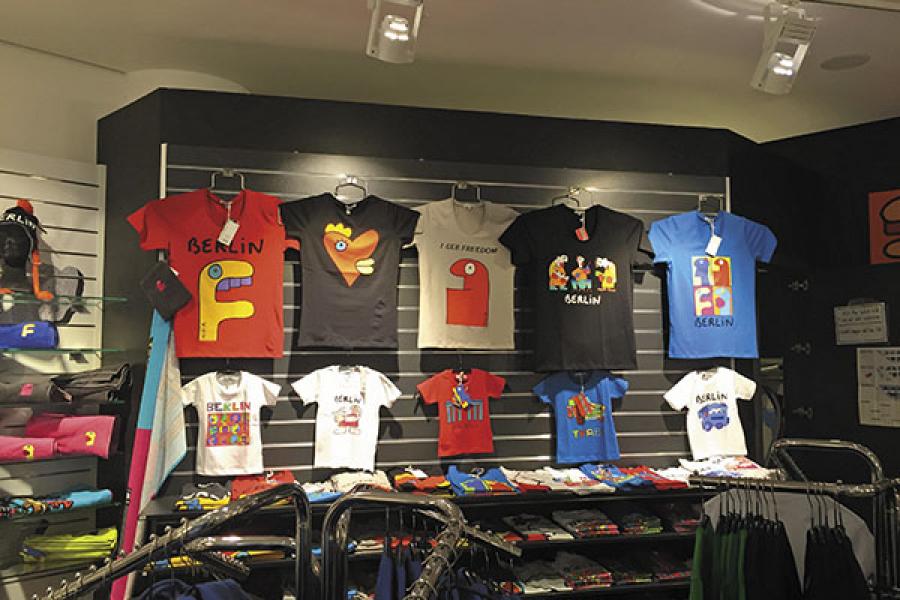