Abandoning pinstripes for running shoes, India’s corporate leaders are winging their way across the world to run a marathon 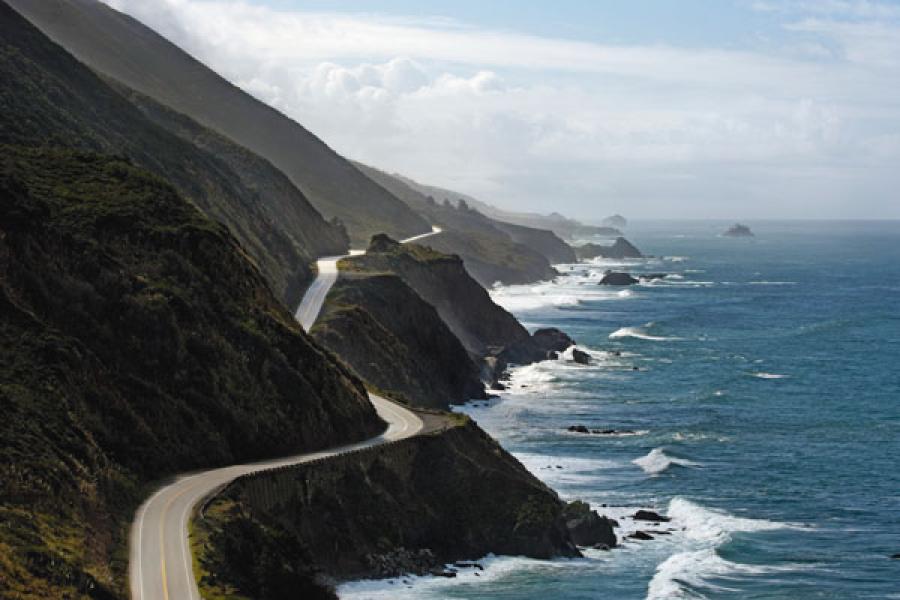 Ramesh Mangaleswaran’s muscles protested as he boarded the Lufthansa flight from Berlin to Delhi on the last weekend of September. Less than eight hours earlier, this McKinsey consultant had completed running 42 km through the wide, spectator-lined streets of Berlin. A marathon is never easy, no matter how much and how hard you train, and this was Mangaleswaran’s very first such run.

“I’d never run more than 28 km before,” says the 43-year-old Chennai resident, who began running seriously just 4-5 years ago in Mumbai. “But the heat and humidity of my then home city made me unsure of attempting the 42 km there. Then a runner friend told me that Berlin was the easiest of the five world marathons (London, New York City, Chicago and Boston being the others), since it has a flat course and nice weather.”

Recalling how the energy of the two million spectators at Berlin and the bands fuelled his first run, Mangaleswaran says, “I set off from the starting line at 9.20 am and ran non-stop till the end though I took short hydration breaks after 30 km. Touch wood, I didn’t suffer from cramps: The challenge of completing a marathon kept me going.” 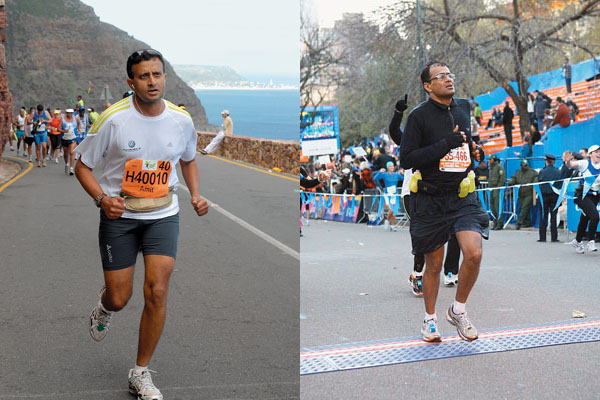 Step Up (left) Ramesh Mangaleswaran says he runs alone; Amit Sheth at Comrades last year
As he had planned, Mangaleswaran slowed down over the last 10 km, ending the run at the historic Brandenburg Gate after 4 hours 45 minutes. A few hours later, he was on a flight back to Mumbai. “In retrospect, it was crazy to fly back the same evening, but I flew business class, stretched out my legs and managed to sleep,” he says.

Mangaleswaran calls himself a recreational runner and also a solitary one. While he enjoys the energy and buzz of a well-organised marathon, ultimately, he says, running is a lonely sport. “Some runners prefer to run in groups and sometimes travel to races together, but my work schedule doesn’t allow me to synchronise timings with others. Besides, I also get a lot of energy from solitude. I love starting my day with a run,” he says.

Like Mangaleswaran, more and more “recreational runners” are looking at races around the world to cushion the sheer challenge of a tough race with great scenery and an energetic vibe. Amateurs though they may be, they are quite professional about these races, setting their own personal goals. For Mangaleswaran, it is about completing the Big 5: He ran the New York City marathon in November last year and will run London in April this year.

“Runners in India have limited options when it comes to quality endurance events. So, once the marathon season ends in India (in February), amateur endurance athletes look to go abroad to test their limits. This is a trend that has been gathering momentum over the past two years,” says Ashwin Bala of Runners for Life (RFL). The running arm of The Fuller Life, a recreation company headed by IIM Calcutta alumnus Arvind Krishnan, RFL is India’s largest running community. It organises four major running events every year, including the Bangalore ultramarathon.

Bangalore-based Sunil Chainani, who runs with RFL, is completely on trend. This 54-year-old management consultant chooses the international runs he wants to participate in for a mix of reasons: “I choose runs that are historic, scenic — I want to run the Big Sur marathon along the Californian coast one day — challenging (the Comrades, between Durban and Pietermaritzburg is also on my wishlist) or just lots of fun (the Medoc marathon in France). And, of course, I want to run the five majors too,” he says. 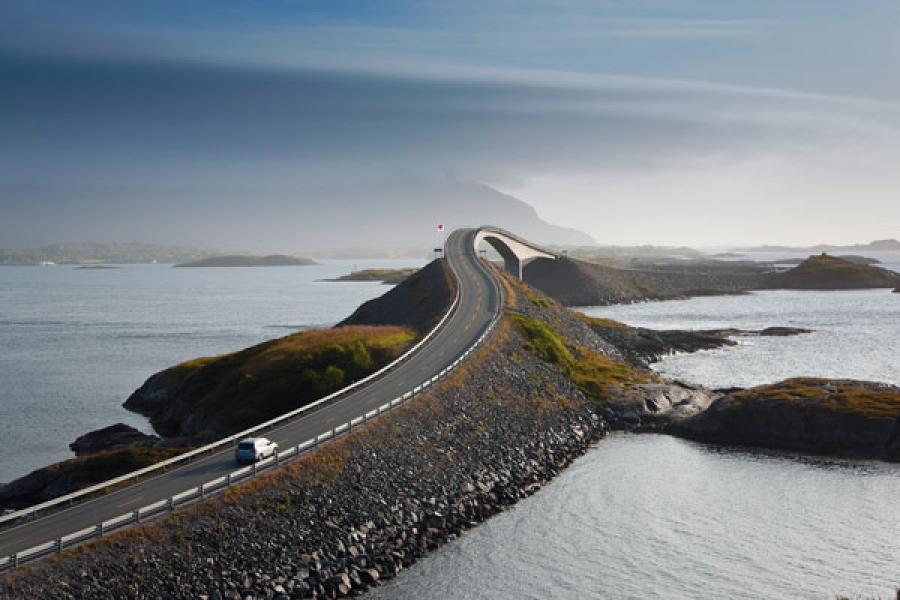 Image: Peter Adams/ Corbis
PICTURE PERFECT The Midnight Sun Marathon takes place along coastal Norway in June
Chainani’s most memorable run was the marathon he ran in October — his 18th — to commemorate the 2,500th anniversary of the original marathon from Marathon to Athens, in Greece. “I had run only one full international marathon before this, in Berlin in 2008. Compared to Berlin, this course was less crowded and one didn’t have to weave through the crowds or wait as long at the water stops. But the spectators’ enthusiasm was truly
uplifting,” he says.

“The uphill stretches were not steep but they were long and I began feeling the impact by halfway point. I slowed down in the second half but the crowds bucked me up… to enter the home stretch in Panathinaiko Stadium — stage of the 1896 Olympic Games — and finish the marathon with the Olympic rings in my sights was so exciting!” says Chainani.

The Athens run was made more special for Chainani and his wife Kiran (who ran in the 10 km category) by the friends they met there. “We have an e-group of 13 friends and keep in touch, exchanging training notes and meeting for glycogen-inducing pasta parties ahead of a run, be it in Glasgow or Berlin, Athens or Ladakh,” he says. “At Athens, there were six of us who ran together in the Great Tibetan Marathon in 2009, plus a contingent from RFL in Bangalore. The friends one makes is the best part of running races in different places.”

Finding friends with a common passion is a major pull-factor for Amit and Neepa Sheth, who ran the gruelling 89 km Comrades marathon last year. “We need new friends because we lost all the old ones once we started running,” jokes the 44-year-old Mumbai-based businessman who quit the late-night party circuit when he and his wife began hitting the bed at 9.30 pm in order to wake up at 4.30 am for their morning runs. 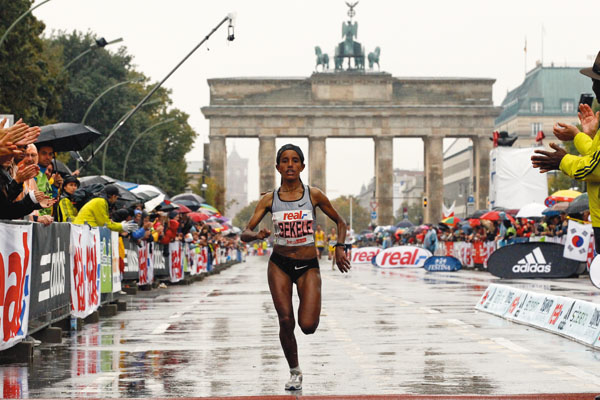 Photo Finish The Berlin Marathon ends at the historic Brandenburg Gate
They are rigorous about their training, with their weekly schedule packing in gym workouts, two or three runs on Juhu beach, a hill run and a long run that could be anywhere between 20 km and 32 km.

“In fact, the first long distance run I did was abroad. I wanted to run distances longer than the regular 42 km marathon, but there are few options in India. I proposed running from Mumbai to Pune, but Neepa put her foot down, citing safety factors. So, in 2008, I signed up for the Two Oceans marathon in South Africa, a stunning 56 km stretch that hugs two oceans, the Atlantic and the Indian.”

Next up was the Comrades. The world’s largest ultramarathon is a 89 km run that challenges even the most seasoned athletes, since there is a 12-hour cap, and sweeper buses pick up runners who haven’t reached certain cut-off points by prescribed times. That is what happened to Sheth in 2009: He began cramping and had to quit at the 81st km, after 11 hours and 20 minutes. But a year later, he was back, this time with Neepa: Along with five other runners from India, the couple crossed the finish line at 11 hours 56 minutes and 53 seconds, three minutes short of the limit.

Today, the Comrades is a permanent fixture on the couples’ marathon calendar. “Besides South Africa, we try to pick a few races, usually those offering scenic routes,” says Sheth, who has run marathons in the Czech Republic, Ireland and France and now plots vacations around them. 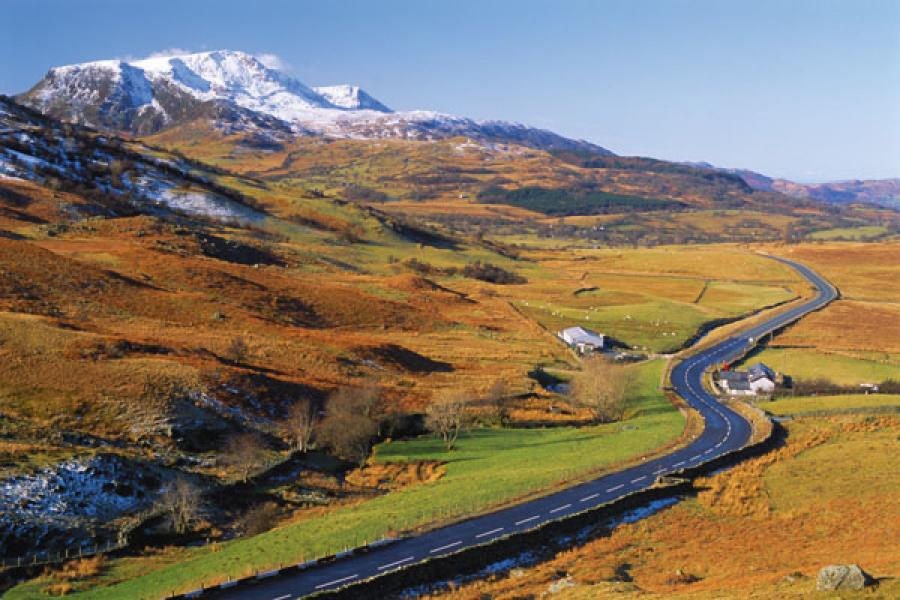 Image: RObert Harding World Imagery/ Corbis
ON THE WAY The Sheths plan to travel to the UK to run the Snowdonia marathon in October
Running also helps them maintain friendships: An English friend visited them in Mumbai in January for the Mumbai Marathon, and they plan to return the favour by travelling to the UK to run the beautiful Snowdonia marathon in October. “You see a place quite differently when you run in it,” says Sheth. “When we were in Venice on holiday for instance, Neepa and I would take the first ferry to St Marks Square at 4.30 am and then begin running on the streets and over the bridges. The piazza was not only empty of tourists but also free of the famed pigeons! At 6.30 am, when the cafes open, we’d stop for coffee and a croissant and then resume our run, heading back to our hotel by 8 am, waking up the kids — Namrata is 14 and Aryaan is 9 — and then doing the tourist thing.”

Seeing a city in her running shoes is what appeals to Roshini Bakshi, 41, as well. A vice-president with the Walt Disney Company (India), she has run marathons in Berlin, Paris and London. In June, Roshini and her husband Hemant, executive director at Unilever India and also a runner, will fly to Tromso, 2,000 km from the North Pole, to meet two other couple friends from the IIM-A class of ’87 and run the Midnight Sun Marathon over the bridges and fiords of coastal Norway on June 25.

“It will be spectacular running through the night around the summer solstice day,” predicts Bakshi. Arctic race over, the Bakshis will spend 10 days touring Scandinavia with their two sons Aditya, 15, and Rahil, 9.

Bakshi ran her first race overseas in Singapore in 2008 “and hated it,” she says. “It was the most boring run. I missed the energy of a Mumbai marathon, all the runners could have been robots. I thought the run would never end. But it taught me that running a marathon abroad was possible with advance planning. Now I have Google alerts for major marathons across the world: The day the registrations opened for London 2010, I had an alert. Thanks to the time difference, I had an advantage and was able to register successfully.” 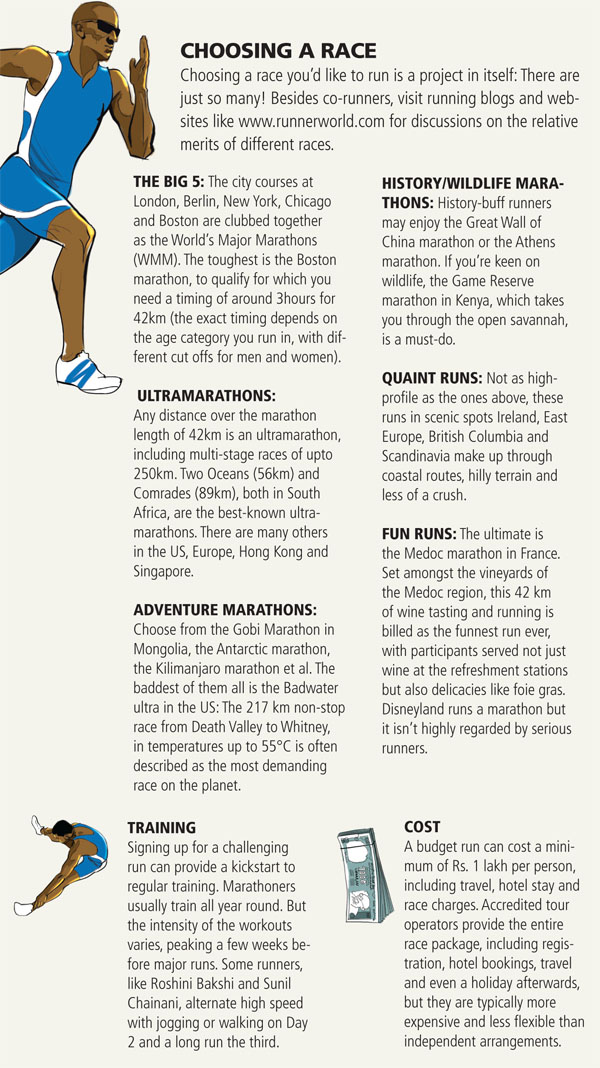 Getting running spots in major marathons is not always easy. Registrations typically open several months before the race day, but fill up quickly. Mangaleswaran, for instance, wasn’t lucky with this year’s London Marathon lottery, but managed to grab a spot by pledging to raise ₤1,800 for the UK-based Cheshire Homes.

For all these international runners, the end of one race is inevitably followed by plans for the next. “I want to run a marathon in each continent,” says Sheth. “The Great Wall, the Big Sur, the Comrades, the Medoc,” Chainani reels off his wishlist. “I simply want to run as long as I can. All over the world,” says Mangaleswaran.  Did anybody say ‘one’ for the road?

Tweets by @forbes_india
United Technologies is Quickening its Steps in India
Assam, Don't Hold Your Breath