The Science and Sensuality of Taste

Between the scientific and the sensory lie the largely uncharted territories of taste. The truth is out there 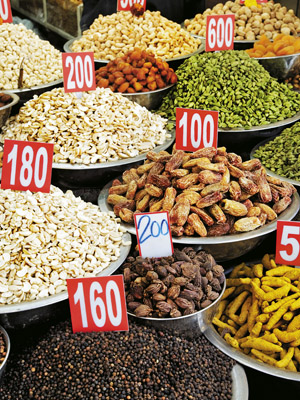 I distinctly remember the day, more than six decades ago, when I lost ‘taste’. A child of six, I was combating a bad cold and suddenly found that all food, even my favourites, had turned insipid. Father, a physician, patiently explained how we taste as much with our nose as with our tongue.

“There are about 100,000 taste buds, specialised cells, covering the tip, the top of the tongue as well as its sides,” he said. I am not quite sure he used terms like ‘mechanoreceptors’ or ‘chemesthesis’ and ‘nasal epithelial membrane’, but the connection between a blocked nose and loss of taste was made indelibly.

Mother chipped in with a bit of homegrown wisdom. Nature, she said, has endowed animals with the capacity to taste to aid their survival. What tastes bitter is usually poisonous and better avoided. Sour fruits are unripe and can, at the least, give us a stomach ache. Sweet stuff is normally nourishing.

Notwithstanding scientific journals and popular science bestsellers, the breakdown of the sense of taste remains an intriguing subject. It doesn’t help greatly to learn that the sensation of basic tastes like sweet and bitter depends on the efficiency of ‘G-protein coupled receptors’ or that temperature variations triggered by menthol register on ‘thermoreceptors’. Or, even, that research lab mice have provided valuable clues to the ‘fatty’ taste receptor.

Far more to the point is an understanding of how other senses contribute to taste. Sound may not be as crucial as smell but it plays a complementary, frequently underestimated role. The legendary Dr Pavlov trained his dog so well that the pooch began salivating when the dinner bell rang. Human beings, more evolved creatures, respond similarly. The crackling of spices in oil, the hiss of butter on a hot cast iron sizzler plate, the snap-crackle-pop of cornflakes kissed by cold milk all add something intangible but immensely satisfying to the eating experience.

More pivotal than sound, though, is appearance. Can any diner, unless starved, eat anything that looks, say, colourless and gooey? We eat with our eyes, a truism that has chefs working overtime to produce pretty plates. Indian thalis, served with numerous bowls containing different colours and textures, too, prioritise the visual senses. Touch, in the Indian way, allows yet another level of ‘tasting’ before the oral play begins: As your fingers touch a kebab, the way it crumbles foretells whether it will melt in the mouth. A puddle of ice-cream or a melting kulfi can put off almost everyone.

But there is more to taste than the physical dimension. Tasting, like sex and war, begins and ends in the mind. Some rate the journey over the destination and, while we won’t go that far, it is hard to deny that anticipation and expectation go a long way in creating an experience. Candlelight, soft music, silver service almost always improve the mood and enhance the taste of whatever is served—a tactic exploited by fine-dining restaurants across the world to survive despite ordinary fare.

Gene Junction
All of us are born with the family taste DNA in our cells. For an American, no apple pie can taste as good as the one mamma made. All else pales in comparison to the home-cooked food we had in childhood and adolescence. Throughout our lives, this is what we will pine for in moments of stress and seek to include in intimate celebratory meals.

Within the vast culinary melting pot that is India, taste mediates our regional, religious and ethnic identities, shaped by a shared preference for a particular staple cereal (rice, wheat or maize), cooking medium (mustard, sesame, peanut or coconut oil) as well as choice of sweetening (sugar, jaggery) and souring agents (dried unripe mango or tamarind).

This is not to suggest that man must remain fettered by the accident of birth. As we grow up, we acquire new tastes: Some, we encounter while travelling, enticed by their sheer exoticity; others subdue us with a seductive power that can be explained only as a blend of greed and envy. We take to truffles, foul smelling cheeses, tannic wines for the same reasons we plunge into golf or adopt a personal guru. These are the traits or foibles of persons on the rise. ‘Refined’ taste (whatever the word may mean) is believed to open closed doors, break ice, accelerate success and announce arrival. 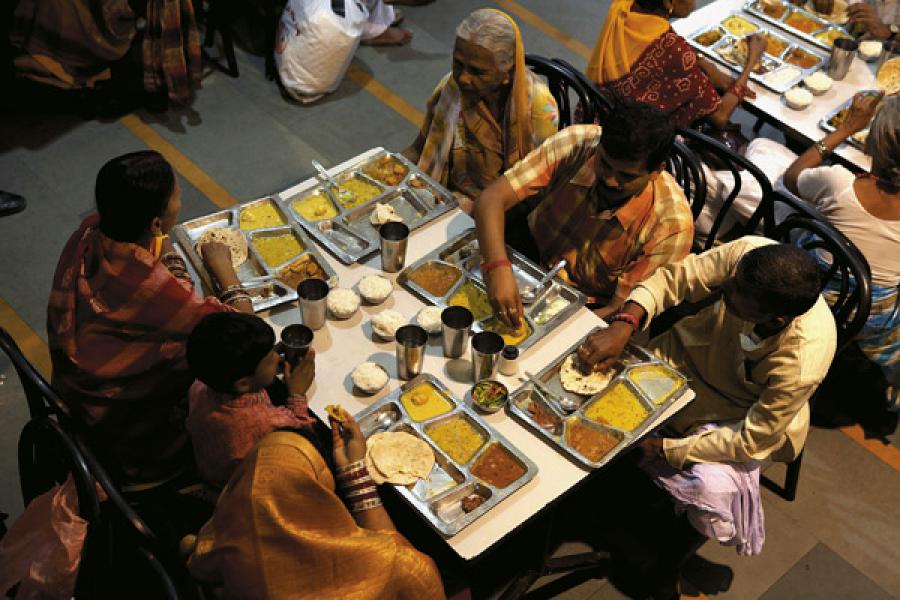 Image: Hans George Roth/ Corbis
Seasons and the Sun
In my advanced middle age, I was bitten by the Ayurved bug and embarked on a febrile, indiscriminate reading spree of ancient text. This is when the connection between taste and seasons was ‘revealed’ to me. In India we have not four but six seasons and also boast of not four but six tastes. (Only the Japanese come close with Umami, which raises their score to five.) What we consume, ideally, should be in harmony with the cycle of seasons.

There is a taste intrinsic to a season that enhances its enjoyment or makes bearable its excesses. The Bhava Prakash Nihhantu and Madhava Nidana provide detailed information on the appropriate taste for different seasons. Kalidasa in his lyric Ritu Samhara paints evocative word pictures that provide valuable insights into the deep correlation between season and food: Images of generously endowed maidens applying sandal paste to their bosoms to keep cool are juxtaposed with equally sensuous descriptions of grain ripening in the fields or mango trees coming into blossom, stoking our appetites.

While the seasons are perceptible, more or less, across India, I am especially grateful now for my childhood in Mukteshwar, a hill town of Uttarakhand. Spring was announced there by a blaze of rhododendrons. As the ice thawed, the earth was rejuvenated. Soon plums and peaches, pears and cherries poured in. Holi marked the transition from the winter dietary regimen to the traditional prescriptions and prohibitions for summer.

The Himalayas made for a breathtaking panorama after a rain-washed sunset, but there were days when it rained torrentially, the sky remained overcast and the only thing that restored cheer was a plateful of piping hot pakoras or spicy samosas with sharp, piquant chutneys. The monsoons were the time for the pungent, the astringent and the bitter. Bitter tastes, mother believed, purified the blood and a pinch of chillies was the best antidote for a worm infestation.

Autumn brought azure skies and bridle paths paved with brown leaves. This was the season dominated by sweet tastes, literally symbolised by milk and honey, fruits and nuts, some of which was to be dried and hoarded for winter, while mishtanna and pakwan (sweets and rich delicacies) were prepared in every home.

Snowfall was heavy and frost turned to ice overnight. Confined to the house, there wasn’t much to do but eat. If lunch was potatoes baked overnight in their jackets in the dying embers of the fireplace and rasa (black soyabean soup) slow-cooked and tempered with a large dollop of ghee and aromatic jambu (wild Himalayan chives), the postprandial delight was nimbu-mul-saana—large sour and flavourful pahari limes spiked with horseradish, red chillies, sugar and salt ground with nutty bhanga seeds (Cannabis indica)—tickling all but the bitter and astringent taste areas.

Drawing Lines
Pregnant women are famously said to develop taste cravings for inedible and even unmentionable stuff. Which takes us to the realm of the normal and the abnormal, the accepted and the prohibited. What is considered subtle and sublime in an Awadhi repertoire is unmistakably effete for the Punjabi peasant who sustains himself on a rustic diet. An orthodox Brahmin or Jain—strictly vegetarian—can only consider the gourmet waxing eloquent about caviar, pate de foie gras, frog’s legs or snails ‘perverse’. Carnivores reciprocate the sentiment when they encounter militant vegans.

Categorisation is a function of culture, but it shouldn’t inhibit gastronomic enjoyment of ‘forbidden’ fruit and flesh.

Everything in life is really a matter of taste, from what we wear to the music we listen to, the destinations we choose for travel to what we read. If we fail to follow the trail of taste instinctively or chance and happenstance interferes with our journey, it doesn’t take long for things to sour and sweet to turn bitter. But why should we allow self-appointed arbiters or custodians of taste to dictate our consumption? How can anyone else—trendsetter or traditionalist—decide what we should like? As Ghalib said, ‘Let the carafe of wine and the cup be within reach as long as there survives a glint in the eyes!’

The writer is an author, columnist, television anchor, sometime teacher and long-time obsessed with food.