Can a luxury version of its connected headphones beat Beats at its own game? 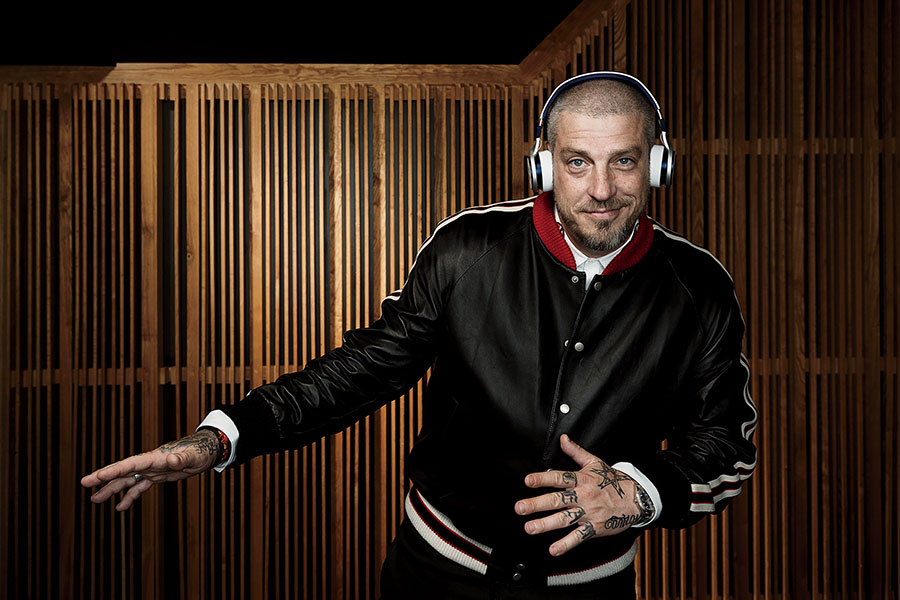 Sound investors: Hardi courted celebrities to help fund Muzik, including Kevin Hart, who starred in a video promoting the headphones at Microsoft’s Build conference in 2016
Image: Ethan Pines for Forbes
The vibe at the West Hollywood headquarters of Muzik—the company behind the self-proclaimed “smartphone of headphones”—is, fittingly, pure startup. The only visible security seems to be a squadron of small dogs roaming the open-plan space. On the terrace, Muzik’s 41-year-old founder and CEO, Jason Hardi, sits in a wicker chair, his forearms encircled by tattoos. But it’s the name on his black T-shirt that sets the company apart from its tech brethren: Kering, the European luxury-goods giant behind brands such as Gucci, Saint Laurent and Balenciaga.

Hardi’s fashion statement represents a new chapter for his six-year-old company: François-Henri Pinault, the billionaire scion and chairman of Kering, provided nearly half of a $70 million-plus fund­raising round for Muzik this spring. Pinault is unquestionably the most significant name among a cast of investors with backgrounds ranging from sports (Michael Jordan, Ndamukong Suh) to entertainment (Drake, Kevin Hart) to motivational speaking (Tony Robbins). The idea: To marry Hardi’s connected headphones—which allow users to share music via Twitter and Spotify, two early partners—with Kering’s fashion clout and create a souped-up, higher-end Beats by Dr Dre. 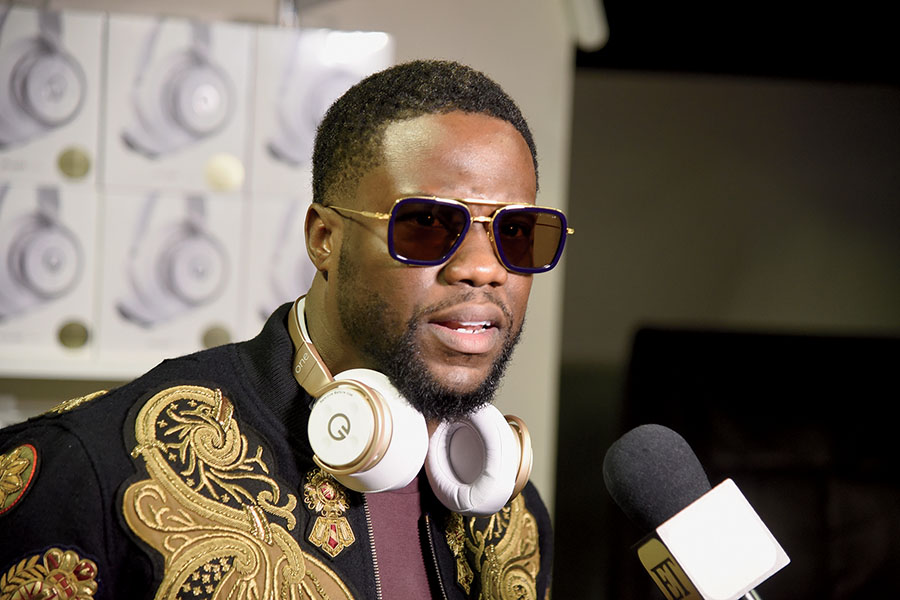 Kevin Hart
Image: Matthew Eisman/ Getty Images
“We didn’t want to just be smart, we wanted to be sexy,” Hardi says. “We think that smart is sexy. We didn’t want people to continue to be looking down with their heads in their phones. We wanted them to be heads-up instead of heads-down.”

The creativity of Hardi, a serial inventor, is the primary enticement for backers, who are betting on his technology. He has received more than 30 patents and 16 trademarks in the US for everything from earbuds to electronic pet tags and has another 50 or so patents pending globally. Hardi personally designed his company’s initial headphone offering, the $300 Muzik One, which won several awards at CES and sold out in a limited-edition run of about 10,000 units in 2016.

Hardi’s recent cash infusion—as well as his all-star investors—should give Muzik the ammunition it needs to launch itself into the mainstream with an ambitious series of collaborations. First up: A co-branded headphone with Gucci, due out later this year, with more to come from Pinault and his Kering brands.

“I decided to invest in Muzik because Jason and I share the same vision of what connectivity and technology can bring to creativity,” Pinault says. “Muzik products and software have the ability to combine very uniquely the best of music, voice control, video capabilities and design.”

Hardi began tinkering with wearable technology early in life. Born in Los Angeles to an accountant father and a homemaker mother, he and his family moved to New York City’s Upper East Side when he was 10. To combat knee problems he developed shortly thereafter, he created a harness system that enabled him to raise his legs high enough to properly stretch them.

In college, after flaming out as a varsity tennis player at North Carolina State, he focussed on his finance and marketing major. Throughout the 2000s, he launched creations, including OurWorldMusic.com, a platform for uploading and sharing audio files; NovaDine, an online food ordering service; and Worldwide Pet Products, a purveyor of electronic animal training and tracking devices.

Hardi got his first break in 2010 when 50 Cent invited him to work on his wireless headphone line, SMS (“Studio Mastered Sound”) Audio. The duo split amicably in 2012, and Hardi sold his interest in the company. He declined to reveal the exact price, saying only that “it wasn’t the first million” he had made.

Hardi used his windfall to launch Muzik a month later. He designed a customisable interface, with features including programmable hot keys and the ability to share music socially with the flick of a finger.

He took a hands-on approach to Muzik. Hardi sculpted headset prototypes from clay, the adjustable headband gracefully ­curling around each earpiece, making sure the unit fits snugly on any cranium. He even designed the company’s logo, a letter “M” warped to look like a pair of headphones, and later had it tattooed on his wrist.

“Muzik really was a culmination of a lot of my past experiences, whether it was creating hardware, smart hardware or creating platforms,” Hardi says. “I always didn’t really understand why the headphone was just a dumb device.”

Hardi’s vision was to build a smartphone for the head. After Beats sold to Apple for $3 billion in 2014 and Fitbit went public the following year, investors looking for the next wearable-tech gold mine eagerly poured money into Muzik: NBA star Chris Paul first invested in 2015, followed by Twitter’s venture arm and Microsoft executive Steve Guggenheimer in 2016, Michael Jordan last fall and Pinault, Robbins and Suh earlier this year.

“Technology is the new cutting edge in fashion,” Robbins says of his belief in Muzik, “and I think you’re going to see more and more of that.”

To be sure, Muzik is not the first headphone company to combine audio and fashion. Beats has collaborated with Balmain, Fendi and Alexander Wang. But those were one-off experiments.

Hardi believes Muzik’s journey will stretch far beyond making products whose primary purpose is playing music. Now that it’s socially acceptable—even trendy—to wear a stylish pair of headphones just about anywhere, Hardi and his investors think the time is right for a technologically enabled pair to replace, or at least augment the capabilities of, a smartphone.

“We’re building what ultimately could be one of the most powerful connected devices in the world,” he says. “It will connect to every application. It will have tools for developers to leverage the technology that’s inside.”

And now some of the world’s most coveted luxury names are set to adorn the outside, with the first of Muzik’s new offerings due out this summer. Forbes estimates recent annual revenues have hovered around $2 million; the company expects “well into the eight figures” in the coming year. But will consumers shell out hundreds for a relatively unknown headphone just because of fancy branding—and technology that already exists in their smartphones?

“It’s not yet evident to me that people will want all these features in a headphone or know how to use them,” says consumer tech analyst Ben Arnold of NPD Group. “We’re still a little bit early.”

And some $70 million in smart money likes the sound of that.

Tweets by @forbes_india
Bengaluru's Echoes of Earth: Protecting the planet through music
Why tech innovation isn't the answer everyone thinks it is