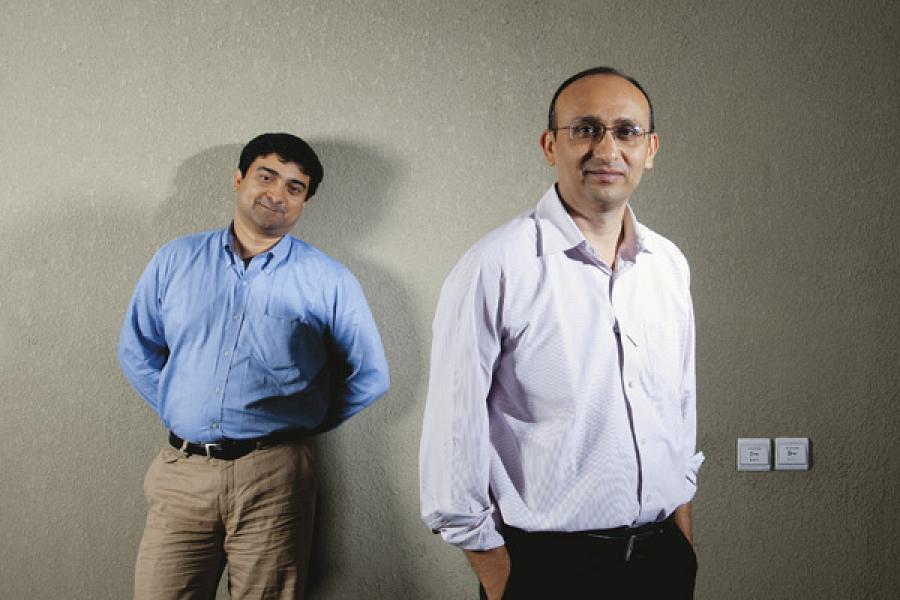 Not very far from Mall Road, where Rajesh Gokhale spends most of his time as director of the Institute of Genomics and Integrative Biology (IGIB), is the industrial area of Patparganj in Delhi. Located here is the two-year-old Vyome Biosciences, a startup by Gokhale and Harvard academic Shiladitya Sengupta that makes medicines for use in dermatology and wound healing.

It’s just a few minutes’ drive for Gokhale from IGIB to Vyome, but the distance he’s covered from being a scientist to an entrepreneur is no less than an epochal leap.

“It’s about the opportunity where one can have an impact…I realised you really have to do the translational work yourself,” says Gokhale.

Gokhale is the first Council for Scientific and Industrial Research (CSIR) scientist to set up a company independent of the government. (IGIB is a premier institute of CSIR.)

CSIR is keen to bring to market technologies developed in its labs. It formed CSIR-Tech in 2011 for this purpose after Parliament approved the setting up of a separate entity to facilitate entrepreneurship. But Gokhale and Sengupta were clearly in a hurry; they had already set up Vyome in 2010.

The two had met in 2009 in Boston where Sengupta runs an annual Young Investigators Meet for people who want to return to India. They “clicked”, the common interest being dermatology; both believe no serious innovation has reached the market in decades.

Mostly based out of Bangalore, Sengupta looks after the business aspects; Gokhale steers the science from Delhi. Their long-term vision: To create a biotech behemoth like Genentech that grew out of the Boston region in the late 1970s (and was acquired by Roche in 2010 for $46.8 billion).

“The future of a country is linked to entrepreneurship in science. I wanted to show that you can make money by doing science,” says Sengupta, who is co-chair of Brigham and Women’s Hospital at Harvard.

In Rajeev Mantri of Navam Capital, he found a likeminded investor. With $1 million in angel investment, Mantri participates in day-to-day business as a co-founder at Vyome. In his previous job at Luxe Capital in New York, Mantri was involved with R&D startups.

Vyome seems to be on a strong wicket. Most of the 22 employees have overseas doctoral or postdoctoral experience; many have been hired from old companies like Dr Reddy’s Laboratory, Dabur and Panacea Biotec.

Vyome has built strong platforms that nail the genomics of bugs that cause skin disorders—how dermatophytes survive on human skin. The first line of products are in the anti-dandruff space and will enter the market in mid-2013.

The global market for dandruff and acne alone is $20 billion, estimates Sengupta. Existing anti-dandruff products don’t treat the fungus that causes it. In comparison, the molecule that Vyome is using in shampoos and oils is nanotechnology-mediated and is perhaps the first definitive attempt to “cure” dandruff.

In August, Vyome raised Rs 18.5 crore in Series A that was led by IndoUS Venture partners. It has hired its first chief executive, a senior executive from the FMCG sector, who will soon take charge. The initial products are ‘low hanging fruits’ where the molecules are already approved for other uses but Vyome has redesigned them using its genetics and nanotech tools. Next in the pipeline are products for diabetic wound healing and pigmentation, including leucoderma (white patches on the skin).

“Shiladitya has done this more than once; he’s playing the typical US faculty entrepreneur. He knows how to build a believable business model and pick market segments,” says Vijay Chandru, chairman of Strand Life Sciences, one of the earliest academic-entrepreneurs in India coming out of the Bangalore-based Indian Institute of Science.

Life sciences have never really been attractive for investors in India. Even the designated funds have only invested in hospital chains or healthcare services. One reason why Mantri can take a long-term view is that the GPSK Investment group from Kolkata, which is a partner in Navam Capital, is owned by his family. He thinks venture capital will show interest once there is some initial success. In fact, VCs are already interested. When Vyome was raising its current round of investments, many showed keenness, says Mantri. He is also investing in Sengupta’s cancer-focussed startup Invictus Oncology.

“If Vyome succeeds, I am sure many academics will come forward to try this,” says Sengupta.