The Springboard for the African continent, South Africa is a country steeped in paradox. Glimpses 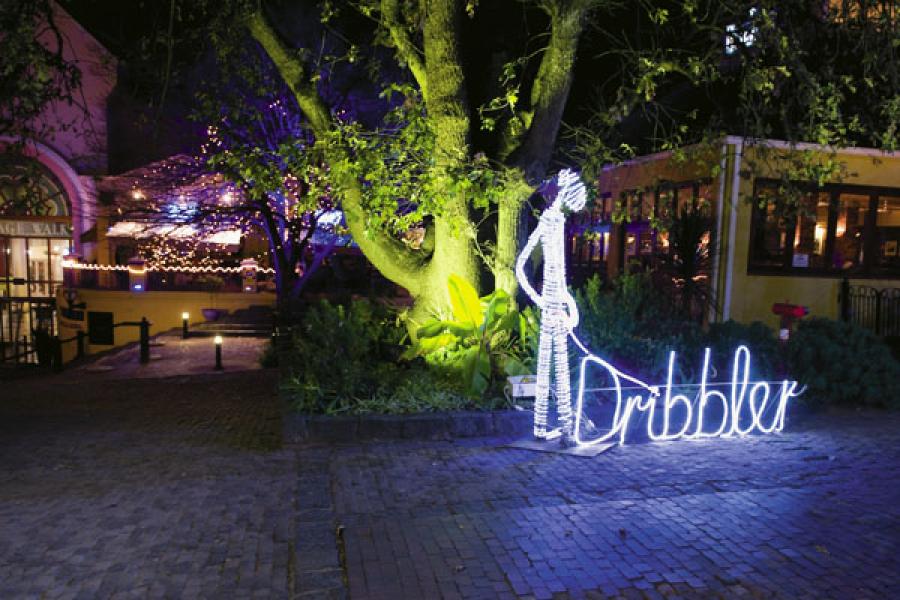 South Africa hasn’t hosted an event of this magnitude before. And the country is going nuts. Last minute preparations are on at a feverish pitch across the country. Johannesburg tested its high-speed Gautrain which will run between Sandton station and the OR Tambo International Airport in Johannesburg.
The country has spent close to $5 billion preparing for the event. And the citizens are looking to make the most of it. Example: Nelson Mandela’s former house in the Soweto region in Johannesburg is a huge tourist attraction. Many residents have converted their houses into restaurants and opened up small businesses selling souvenirs.
Our cab driver in Cape Town has re-modelled her house for the World Cup. She is renting it out this month and moving away to a quieter place. But, she says the bookings and rates haven’t been very good so far.
“I am worried what will happen after the game. It will be a big dip,” says a friend who works with an event management company. Many call it an artificial injection into the economy which will have a very momentary effect.

The AIDS Epidemic
A 2007 UNAIDS report estimated that 12 percent of South Africa’s 48 million population have AIDS. The government, under President Jacob Zuma, is trying its best to create awareness about AIDS. Zuma is a polygamist but he is not silent on the issue, unlike his predecessor Thabo Mbeki who refused to acknowledge the severity of the problem.
But it is difficult for the average citizen to come out in the open. Most infected employees do not admit to having AIDS. “We know it because we can see all the symptoms of the illness,” says the head of a pharma company who has had at least two such cases in his office. Employees get a doctor’s medical certificate (for medical leave) that says chronic illness instead of AIDS. 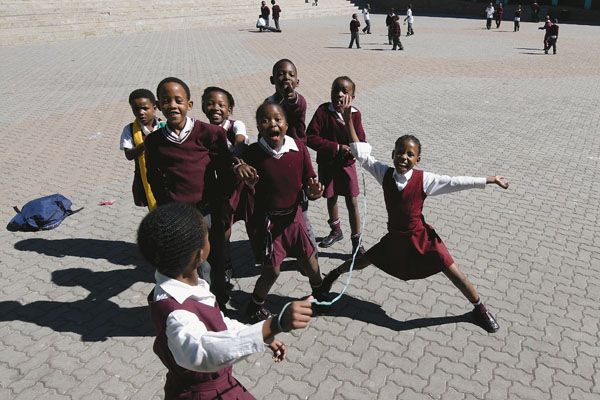 School kids in Alexandria in crime infested Alexandria, Johannesburg, kids are orphaned early and are raised by grandparents The worst affected are the children, however. At a government school we went to in Alexandria, Jonhannesburg, the experience couldn’t be more touching. Alexandria is a place that even South Africans avoid. Crime and drugs are aplenty, and residents say if you go there at night, you might never return.
At the government school with 1,000 children, the principal has a tough time. Basics like food, uniform, books and other operational expenses are taken care of by the government. But the biggest challenge for the principal is the children. Most live with their grandparents — either they have been orphaned or it’s a case of pregnancy out of wedlock. “There is no one to help them with homework, etc. Old grandparents can’t do that,” she says. There are some children with AIDS in this school too — but they do fine. They fall sick but once they start the medicines they recover and do fine, says the principal.
Indians in South Africa
Indians have a very strong presence here. The finance minister is Pravin Jamnadas Gordhan. Indians hold positions in the government and many of them teach and study at universities. South Africans remind us that Durban has the highest number of Indians in any city outside India. It’s a different matter that many are fourth generation immigrants and perhaps have never visited India.
As a community, Indians have done exceptionally well. There is one Sahara Group — no connection to Subrata Roy’s Sahara in India — led by Atul Gupta, an immigrant from Saharanpur in UP, that has become the leading IT hardware company here. The company has diversified into mining as well.
Indian companies, too, are making their moves. From Ranbaxy and Dr. Reddy’s to the Tatas and Mahindras, all of them have a growing presence. Godrej and Marico have acquired companies to make an entry. What do South Africans think of Indians in their country? “Very good work ethics” is what a senior corporate executive says. “They work very hard,” says our cab driver. Indians here say the emphasis on education and social fabric, especially family (extended as well), played a big role in helping the community make progress.
But the best explanation is given by a senior economist. “You aren’t over endowed with anything. You know you have to work hard to get anything in a country with billion plus people and enjoy the fruits. That brings discipline and drive.”

Gates and Ghettos
When you drive around South Africa, you feel like you are in a developed country. It has a good network of roads and expressways. Roads are full of expensive cars, and big chains like Woolsworth, Checkers and Price It. Houses are beautifully laid out. Museums and monuments are well maintained. People follow traffic rules, and are polite on roads. 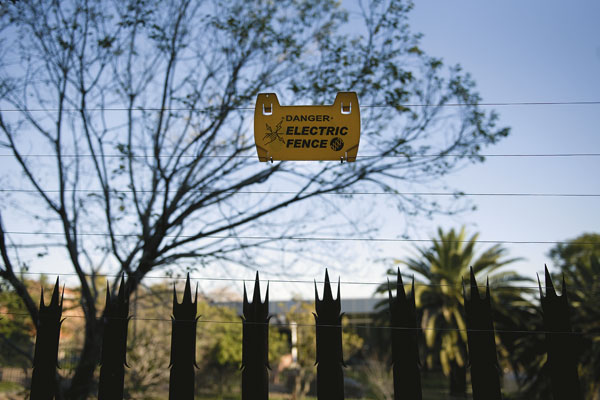 Security is Big Compound walls are built as high as 9 feet, and fortified with electric fences
But there is a huge paradox. In Cape Town, young black South Africans jostle on expressways to sell boxes of grapes for 20 rand. At traffic lights haggard teens want to clean cars for some money. Some rummage through garbage dumps. The official unemployment rate hovers at around 25 percent, one of the highest in the world. Petty crimes and car jacking are rampant.
The country is divided into the haves and the have nots. People who can afford it live in closed gated communities. Nine feet high walls with electric fencing are common in Johannesburg. Car owners keep tracking systems — if their car is stolen, it can be tracked easily. Security is one of the most profitable businesses in the country.
It’s not for nothing that South Africa just beat Brazil to become the most unequal society in the world.