Keeping the body and mind working fine isn’t that tough, even for busy executives strapped for time

1 Reboot your brain with power naps
Nodding off for 15-30 minutes at work doesn’t mean you are lazy. On the contrary, it helps enhance memory and reduce stress. A mid-day snooze reverses information overload, says a Harvard University study. A NASA study shows that napping helps you focus better by improving your ability to focus on one task while holding other tasks in memory. But, cautions the study, it’s only a short-term fix and no substitute to a good night’s sleep. It’s also important to limit your nap to not more than 30 minutes. Any longer, and you would enter a deep sleep. Trying to wake up after that could make you groggy for a while!

2 Synchronise your biological clock with melatonin
Talking of getting a good night’s sleep — critical for boosting memory — the key is to let melatonin do its trick. That’s a versatile hormone produced by the brain. It synchronises the biological clock, regulates sleep and is a powerful anti-oxidant. 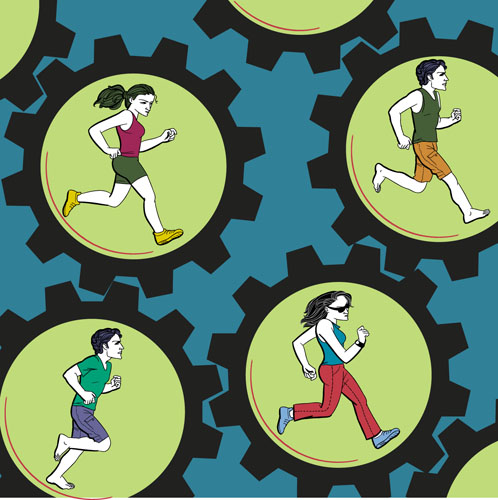 Image: Malay Karmarkar
Scientists believe it strengthens the immune system, and has a strong link to preventing depression, cardiovascular disease, some cancers and sexual dysfunction. Melatonin production is influenced by the daily pattern of light and darkness — basically, light suppresses it and darkness stimulates its production. So, get plenty of light in the day, and plenty of darkness at night.
3 Enjoy your place in the Sun
If melatonin is why you need darkness, Vitamin D is why you need light.  Vitamin D is synthesised in the body when it is exposed to sunlight. Studies have linked Vitamin D deficiency with increased risks of osteoporosis, cardiovascular disease, cancers, multiple sclerosis, rheumatoid arthritis, and type 1 diabetes mellitus.
And if you think Indians need not worry because of the abundant sunshine, think again. Vitamin D deficiency is causing severe bone loss in adults across northern India, reports the British Medical Journal. So get out from under the tube light and into the sunshine. As little as 15-20 minutes of exposure to sunlight in the early morning, without sunscreen, can help.
4 Let food be your medicine
Every doctor will tell you that a balanced diet and good eating habits are key for keeping the body and brain running at optimal levels. So delaying meals to meet the demands of your work, or going on a crash diet to lose weight are a no-no. That’s because staying hungry will make you lose weight, but most of it will be from a loss of muscle. Muscles break down into glucose (the fuel the body burns for energy) when you have starved and are out of immediate sources of energy. That has a cascading effect on the body. One, less muscles means your body will burn less calories. Two, when you return to a normal diet, the weight comes back first as fat. The food you eat only converts to muscle with accompanying exercise. Three, as you replace muscle will fat, your clothes will stop fitting. Fat cells take up more space than muscle cells.
If you don’t crash diet, what can you do? The US National Heart, Lung, and Blood Institute  recommends the Dietary Approaches to Stop Hypertension (DASH) eating plan, which includes eating less salt and sodium and avoiding processed foods (nhlbi.nih.gov/health/public/heart/hbp/dash/dash_brief.pdf).  DASH can help you lose weight, and is heart-friendly as it prevents and controls high blood pressure.
Along similar lines, WHO’s Global Strategy on Diet, Physical Activity and Health (DPAH) recommends limiting salt (sodium) consumption, reducing fat intake and increasing consumption of fruits and vegetables, and whole grains and nuts.

Bonus Tips for Frequent Travellers: The biggest health disruptor while travelling is the absence of any order to your daily routine. So it all boils down to bringing back order. Get enough sunlight. Take naps. And get as much movement as you can — walk up and down the aircraft; walk rather than take the escalator.

5 Build in rest periods in your workout session
A workout routine goes hand in hand with a good diet to control weight. But if you find it difficult to schedule a block of time for the gym, here’s some good news for you: Short 10-minute bursts of moderate-intensity exercise, adding up to a total of 30 minutes a day, works just as well for people with sedentary habits. The second bit of good news? Taking a well-timed rest in the middle of a long workout session helps the body burn more fat. According to an article in theJune 2007 edition of the Journal of Applied Physiology, “programs with repetition of shorter exercise might be preferred when prescribing exercise to sedentary people, such as overweight individuals. In addition, several studies have shown that repeated bouts of shorter exercise produce similar changes in cardiovascular fitness and weight loss compared with a single bout of prolonged exercise.”
Resting is beneficial even for fitness freaks intent on bulking up. Muscle growth occurs whenever the rate of muscle protein synthesis is greater than the rate of muscle protein breakdown. During resistance training, muscle cells are damaged; during rest, satellite cells located on the outside of the muscle fibre repair damaged cells, resulting in increase in muscle fibres. 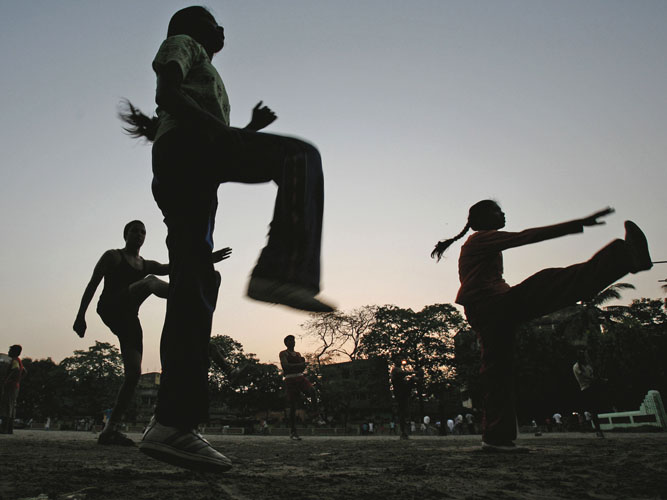 Image: Parth Sanya / Reuters
6 Hug your family and friends
Seriously. Several studies show that the human touch has a therapeutic physical and psychological effect. A study by University of North Carolina’s Karen Grewen and Kathleen Light, shows that hugging your partner can reduce heart rate and blood pressure, both classic signs of stress.
According the Touch Research Institute, University of Miami School of Medicine, massage therapy benefits everyone, from newborns to senior citizens. It improves attentiveness, reduces stress hormones, improves immunity, and even reduces pain.
7 Study to prevent age-related memory loss
Several studies published in Neurology, the medical journal of the American Academy of Neurology, show an inverse link between Alzheimer’s disease (AD) and how highly educated you are. Essentially, the more formal education you have, the lower the risk of developing dementia and Alzheimer’s disease compared to people with less education. However, higher education doesn’t protect against how fast one loses memory if they do get affected by AD.
According to Alzheimer’s Foundation of America (alzprevention.org) lifestyle choices have a lot to do with maintaining mental wellbeing. “Growing evidence suggests that regular mental callisthenics may help reduce the risk of Alzheimer’s disease or other memory disorders by enhancing cognitive reserve — the mind’s resistance to damage; stimulating growth of new brain cells; and maintaining or strengthening connections between brain cells.”
So go solve that Sudoku puzzle or visit the museum and keep the brain ticking.  Expert advice: Vikram Sheel Kumar MD